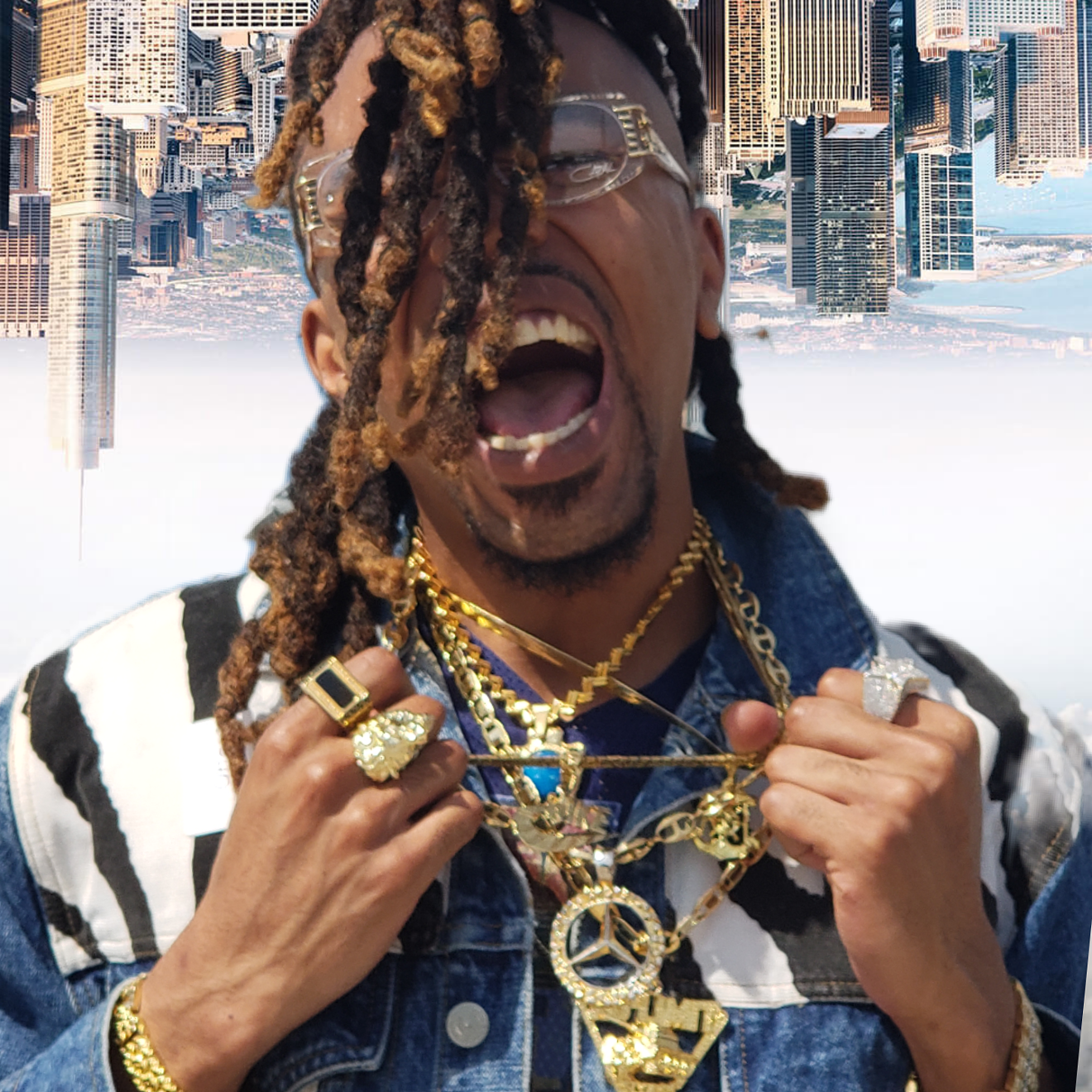 The eclectic, highly energetic Mallo the Great has the old school sound of the future, or something like that. Classic Threadz
When you meet someone as passionate as Mallo the Great, you feel it immediately. His energy exudes exuberance and charm, but his outgoing personality and experimental style are just the surfaces of his story.

While he’s been rapping since he was a teenager, Mallo has expanded his artistic concept and become more versatile over the past year.

“As soon as quarantine started, I was writing, recording and working on more digital work,” he says.

The artist was known as a popular freestyler back in his high school days in Rockwall, using rap as a form of expression rather than a serious endeavor. Since those days, he took a break from pursuing a career in music and found himself wrapped up in another calling: exploring his spirituality. Now, over a decade later, he’s returned to his roots and rekindled the creative flame that’s been quietly flickering inside him.

“I like the term artist, but I rap, sing, engineer. I do fashion, sell my own shit. I represent,” he says.

Mallo's been experimenting with new sounds and focused on producing high-quality, innovative content. Over the year, with his beats and vocals, he began to explore different, innovative genres.

“You gotta blend; you gotta take classic, great old school sounds and mix them in with the sounds from today,” Mallo says. “Take opera … I feel like the main part of opera is the shakiness, the vibrato, and that’s really big in hip-hop right now with autotune.”

Mallo’s variation of sound places his music in a category of its own, continuously surprising the listener.

“A lot of music was really dope from the past, but there’s always something new,” he says. “With my music, there’s that old school flavor and there’s sounds you never heard. Then there’s stuff that’s a mix, like really experimental. It’s crazy, I was listening to the intro to one of my tracks and it hit me; I felt like I sounded like Sixto Rodriguez from ‘Sugar Man’ and I didn’t even mean to. It’s like, his music’s from the '60s and '70s.”

With Mallo's accumulation of styles — ranging from trap to R&B and soul, funk, a little reggae and old school hip-hop beats, the artist's avant-garde outlook is evident in his music as well as on his digital content. His social media and YouTube presence is lively, filled with energetic posts and videos that continue to feed his satisfied followers. With each of his new tracks, he unleashes catchy music videos and promotional edits that are entertaining to a new degree.

“People always want what’s new, but you have to throw it back sometimes ... All that matters is that you’re creating greatness." – Mallo the Great


“When I got the 360-degree camera, the videos took off from there,” he says, explaining that today's tastes demand artists supply greater, and constant, digital content. “It’s that TikTok culture. People want to see videos, and they gotta be good. It’s gotta have that shock factor.”

As a sort of savant of digital graphics and video editing, Mallo's music videos use wild angles, filters and transitions, clips and stickers from social media, pop culture and history; they speed up, slow down, spin around, shake and dissolve in creative, retro displays that look both vintage and futuristic.

The first thing that grabs your attention, however, is his outrageous fashion sense. Like a voodoo rocker king meets classy hipster and British punk, Mallo’s extreme sense of style has earned him a name in the fashion scene and allowed him to be involved with events like Fubupalooza and DFW Vintage Swap Meet.

“I walk around and sell my mixtapes when I’ve got some free time," he says. "And if I’m in Deep Ellum, I’ll end up getting into something either way. It’s like a fun thing, and it gets the music out.”

But it’s not always easy. Selling music to people on the streets can be trying at times, especially when it’s a medium that hasn’t been widely coveted over the past decade. People still buy them, though, Mallo says, and if not, they still usually ask for a link to download or stream.

“People always want what’s new, but you have to throw it back sometimes,” Mallo says enthusiastically. “All that matters is that you’re creating greatness — greatness from the past, greatness from the future. Greatness now.”
KEEP THE DALLAS OBSERVER FREE... Since we started the Dallas Observer, it has been defined as the free, independent voice of Dallas, and we'd like to keep it that way. With local media under siege, it's more important than ever for us to rally support behind funding our local journalism. You can help by participating in our "I Support" program, allowing us to keep offering readers access to our incisive coverage of local news, food and culture with no paywalls.
Make a one-time donation today for as little as $1.