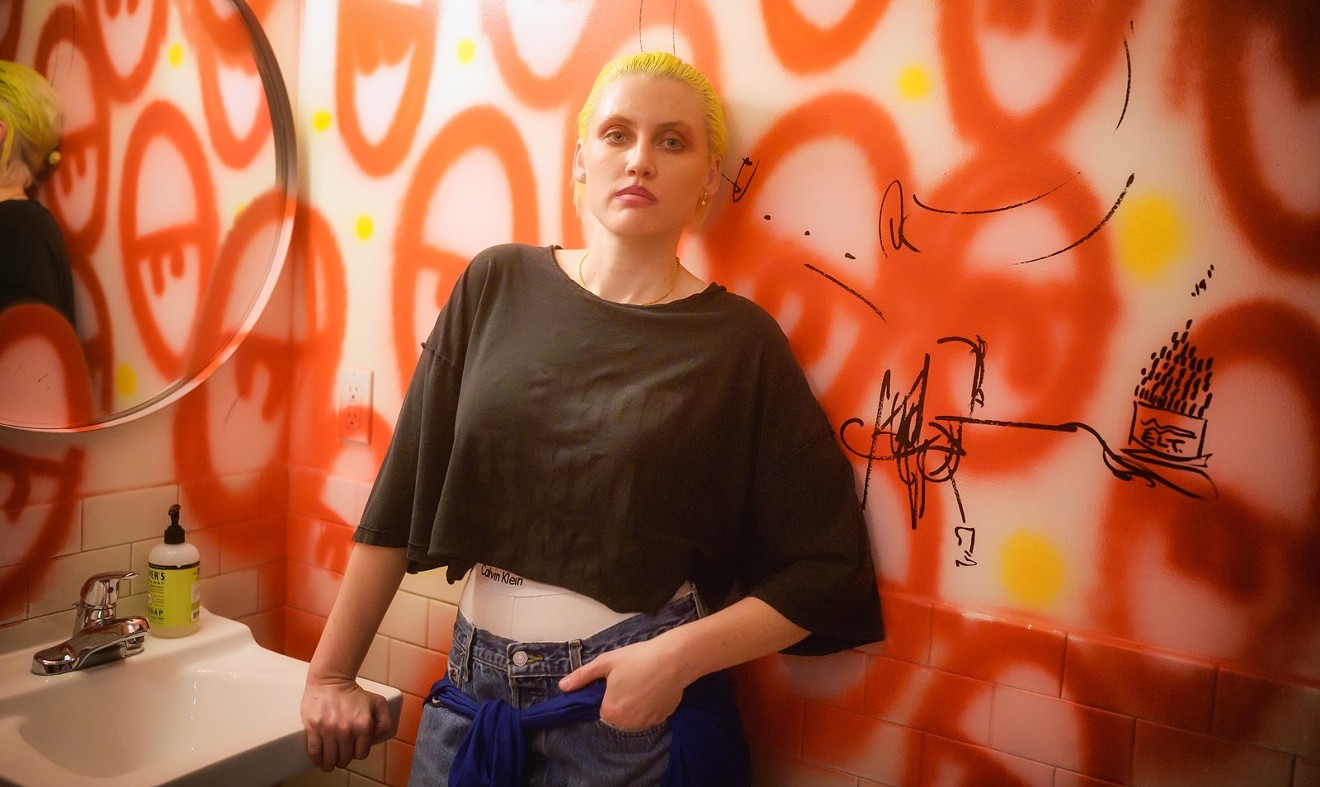 Sarah Jaffe is joining the likes of St. Vincent and Erykah Badu with an epic collaboration with the Dallas Symphony Orchestra. Mike Brooks


One would imagine that looking out into the audience from the stage inside the Meyerson Symphony Center must be daunting, even for the most self-assured performer. The concert hall seats over 2,000 people who, on a sold-out night, would be spread out across four levels, all the way up to the Grand Tier. The space was built with the European “shoebox” design in mind, mirroring some of the finest, most historic concert halls in the world. Thanks to the brilliant minds of famed architect I.M. Pei and acoustician Russell Johnson, it’s also acoustically almost perfect.

Performing in a space as breathtakingly beautiful is a far cry from playing at a club somewhere in “Middle America,” as Sarah Jaffe tells us over the phone. “I wanted to approach this performance with a different mindset — it’s elevated in every sense of the way, down to the acoustics in the room. So taking all that in, I just want to make something memorable.”

Jaffe is familiar with the venue, having been to the hall to see the Dallas Symphony Orchestra perform a few times and has even performed in the building once before herself. That was in 2018, when she collaborated with multimedia artist Jen Ray for "Eyes as Bright as Diamonds" during the DSO’s SOLUNA Festival. The performance was held in the lobby of the Meyerson Symphony Center and featured an all-female motley crew of performers ranging from ballroom dancers to a drumline. However, a performance in the concert hall will be an entirely different ballgame.

“Once I knew that the offer stood, I obviously viewed the room totally different,” Jaffe says of the concert hall. “Floor to ceiling it’s just gorgeous. It’s really, really lovely.”

The set list will be, in Jaffe’s own words, “a constellation of sorts,” during which she will treat audience members to songs spanning the entire breadth of her multigenre discography. This should make for an eclectic performance that Jaffe hopes will appeal to fans of her newer, more synth-heavy pop work and those who know her for indie-folk tracks like “Clementine."


"I just want to make something memorable.” — Sarah Jaffe

“These songs have allowed me to maintain a career, so I want to pay homage to them,” she says, referring to her older material. “I’m approaching things almost like a medley ... to use all of these amazing players and friends of mine that have just made me a better musician over the years.”

It’s fitting that Jaffe should be crossing multiple genres in this particular space, since she’ll also be joined by a handful of musicians from the DSO, something Jaffe says she has always wanted to do.

“What a golden opportunity to do this at the Meyerson in that exquisite space with these unbelievably talented symphony players,” Jaffe continues. “[Working with the DSO] has definitely been on my localized bucket list.”

The artist is hopeful that this could open the door for a future, larger-scale collaboration. “That’s why I’m like, ‘Put your best suit on, gal,’” she says with a laugh.

DSO violinist Lydia Umlauf is a fan of Jaffe’s music and looks forward to joining her onstage on Feb. 3.

“Sarah has become a friend, and I totally love her new album (SMUT),” Umlauf tells the Observer. “I think she’s brilliant.”

Symphony orchestras tend to struggle with reaching new, younger and more diverse audiences. In other words, it’s usually the same handful of rich, older, white folks who come to concerts each week. Jaffe joins the ranks of Jennifer Hudson, St. Vincent and Erykah Badu, as acclaimed artists with whom the DSO has collaborated in recent years.

“It gets people into the concert hall who maybe would not normally come to something,” Umlauf says of these performances. “It just shows that we’re willing to be accessible, and it dispels this myth that we’re kind of cranky, stuffy, stuck-up, intellectual people. I feel like people have that concept of classical musicians, which is not at all true necessarily.”

While we can't be sure about that last bit (OK, we jest), the DSO has undoubtedly made great strides in modernizing its offerings and continues to attract a wider swath of local music lovers.
KEEP THE DALLAS OBSERVER FREE... Since we started the Dallas Observer, it has been defined as the free, independent voice of Dallas, and we'd like to keep it that way. With local media under siege, it's more important than ever for us to rally support behind funding our local journalism. You can help by participating in our "I Support" program, allowing us to keep offering readers access to our incisive coverage of local news, food and culture with no paywalls.
Make a one-time donation today for as little as $1.