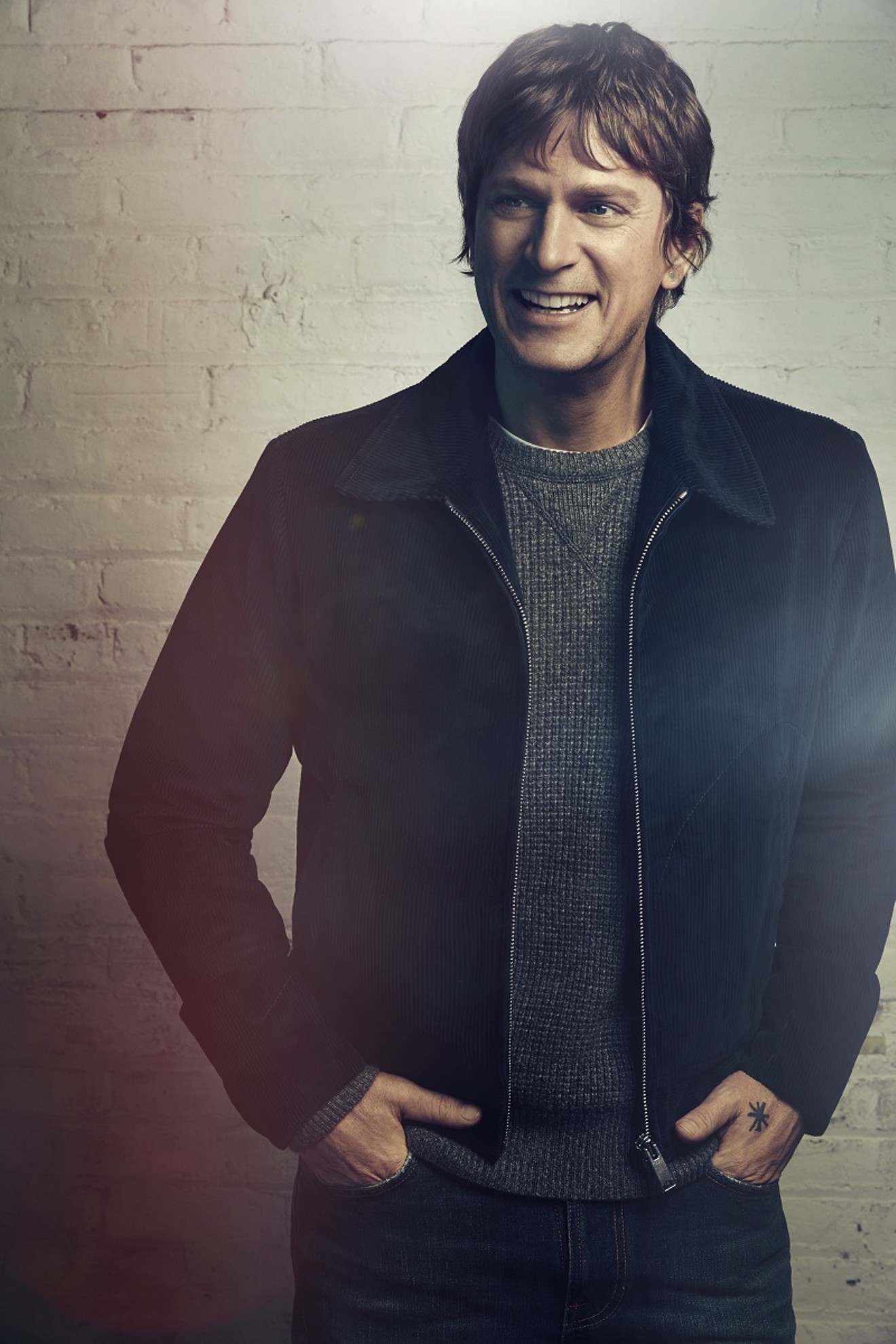 The "smooth" Rob Thomas will be playing in Irving in June. Randall Slavin

Multi-platinum, diamond and gold selling artist Rob Thomas has been at the top of his game for over 20 years now. With his latest album, Chip Tooth Smile, once again getting the artist into the Billboard Top 200 chart, one has to wonder how exactly he's able to stay so humble and emotionally connected to his music and lyrics.
The answer? Rob Thomas believes in music's ability to heal.

Thomas spoke with the Observer from Salt Lake City in between soundchecks, ahead of his Wednesday, June 26 show at the Pavilion at Toyota Music Factory in Irving.

For Thomas, tapping into the spectrum of human emotions at their core means tapping into humanity's collective conscious and finding the shared experience that lets us know that we really are not alone in the universe.

"If I write a song about something I'm going through and how it makes me feel, I think that everybody can kind of understand the residual emotion from a breakup or the residual emotion from a friend who betrays you or losing someone in any way," he says. "Once you start talking about how those things make you feel, they become way more universal."

There is really no secret to maintaining that connection to the universal experience. Thomas is able to do so by keeping his fame and fortune off the page with his heart open to what he holds as truly meaningful.

"I think I'm a fairly normal person," he says. "The parts of my life that are a little extraordinary and a little different from most people's lives aren't the things that I'm writing about. I try to always stay tapped into just how I feel about anything, and if I feel something about something, it's a pretty good litmus test that other people are going to feel the same way. We all hurt the same way."

Thomas has always expressed himself best in the form of a melody. "Sometimes it's cathartic in the sense that you really can't put down in words how you're feeling," he says. "Once you start putting it in a little, three-and-a-half minute song, it tells the story a little better."

In that regard, Thomas says that his songwriting process really hasn't changed much since his days in Matchbox Twenty. The only thing that has changed is his age.

"You still sit down with a guitar or sit down at the piano and get a little track going," he says. "The things that I'm writing about at 47 are different than 37, and that was different than 27. If you're evolving in the way that humans are supposed to evolve, you have different experiences and different opinions about those experiences."

Specifically, when it comes to the big issues of love and loss, Thomas believes that only with age comes a true understanding of what those issues really mean.

With age came more responsibilities, which give Thomas a fresh perspective on what things were truly worth writing about.

"As you get older, you start caring a lot more about how you spend your days," he says. "The people who take away from you, you try to give them nothing, and for the people who enhance your life, it frees you up so you can give them everything. Certain things start to matter less, and certain things start to matter more — those are the things that end up in the song."

Thomas isn't presently concerned with what comes next in his life and songwriting — he prefers to take things one cycle at a time and stay focused on what is present.

"Ten years from now, I'll be 57 years old," he says. "The short-term plan is to just keep writing music … but I really just do things one cycle at a time. Right now it was about making the best possible record I thought I could make right now and putting on the best possible shows. In between those cracks it's about being the best friend, the best husband and the best father that I can possibly be."
KEEP THE DALLAS OBSERVER FREE... Since we started the Dallas Observer, it has been defined as the free, independent voice of Dallas, and we'd like to keep it that way. With local media under siege, it's more important than ever for us to rally support behind funding our local journalism. You can help by participating in our "I Support" program, allowing us to keep offering readers access to our incisive coverage of local news, food and culture with no paywalls.
Make a one-time donation today for as little as $1.