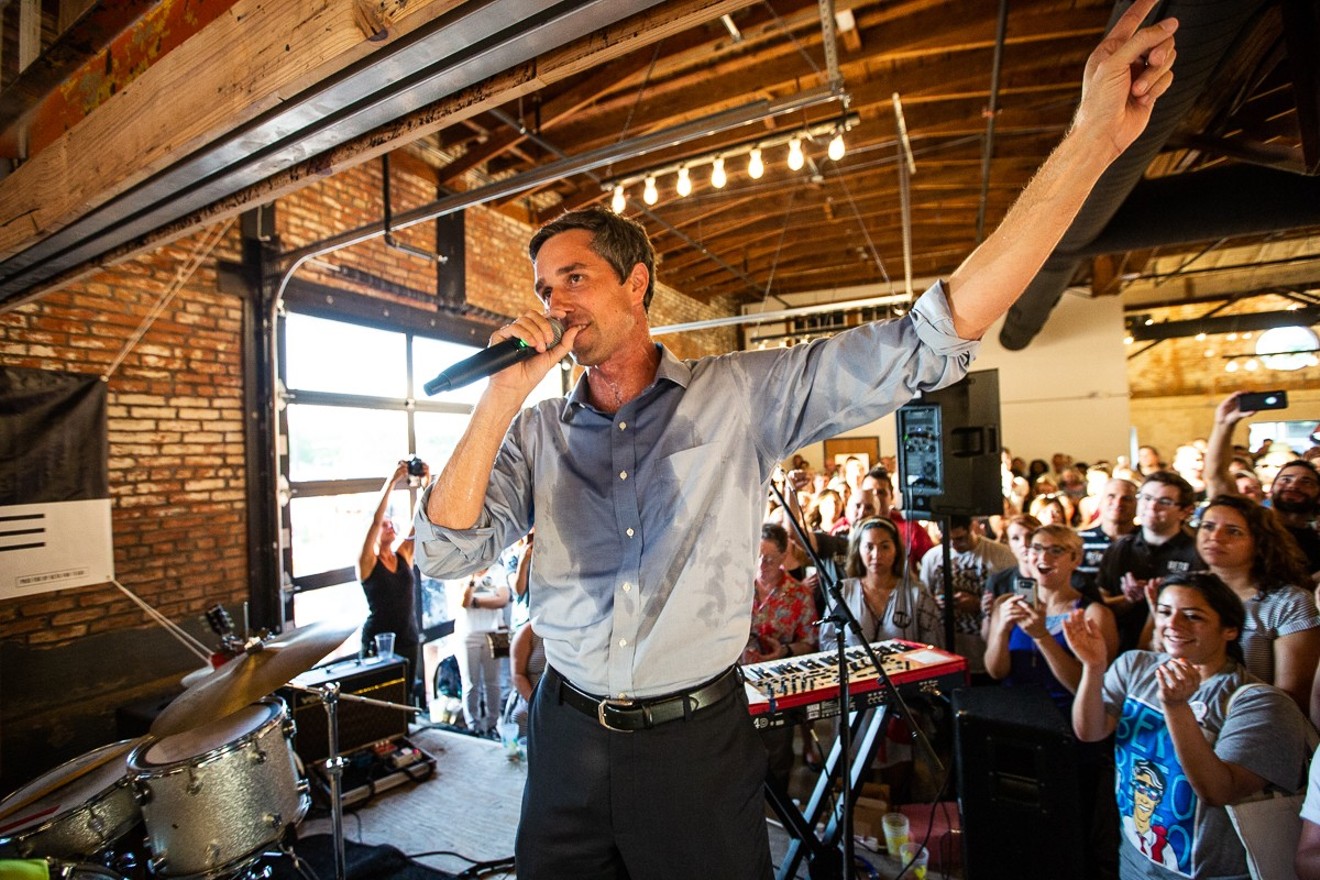 During a town hall in Mineral Wells last Wednesday, the Democratic candidate for Texas governor snapped at a man who reportedly laughed as O’Rourke talked about the slaughter of children in the Uvalde school massacre.

Spinning around to look the heckler in the face, O’Rourke pushed back: “It may be funny to you, motherfucker, but it’s not funny to me.”

Since then, video of the exchange has gone viral, with supporters lauding O’Rourke for his candor and detractors complaining about bad manners. But some political experts posit that O’Rourke’s knee-jerk reaction could actually boost his chances of winning the governor’s mansion.

“We’ve tried ‘nice,’ and it hasn’t gotten us anywhere,” said Colin Strother, a Texas-based Democratic political strategist. “To a large extent, [O’Rourke] doesn’t have anything to lose.”

O’Rourke was also criticized in May for interrupting a press conference following the Uvalde school shooting. Yet some have called out the hypocrisy of those who’ve condemned his potty mouth while at the same time staying silent about Uvalde's mayor calling O’Rourke a “sick son of a bitch.”

Last week's conservative heckler sits on the fringe of the political spectrum, Strother said, and it’s important to not “take any guff from those people.” Such folks may show a callous disregard for public safety, but their argument isn’t actually valid, he added.

When a @GregAbbott_TX supporter laughs, yes, laughs out loud so everyone could hear, while Beto described the massacre of 19 children and 2 teachers in Uvalde, Beto quite appropriately lets loose with a MF.
Yep.
It was a pretty good one too. pic.twitter.com/t5LLMIPXeP

“I think that it shows that we have someone that's a fighter.” – Colin Strother, Democratic strategist

Strother has other theories as to why last week’s heated exchange could help O’Rourke.

Ever since Republican Donald Trump ran for president in 2016, the public has gravitated toward candidates who seem authentic. In addition to Trump, another presidential hopeful that year was famous for speaking truth to power: Vermont Sen. Bernie Sanders.

Part of why Hillary Clinton wasn’t popular when she was running for president was because voters didn’t believe she was genuine, Strother said. But O’Rourke’s response last Wednesday is how normal people talk when they’re angry or emotional, which is likely a “big bonus for him.”

In addition to his fundraising success, O’Rourke has been gaining ground in recent polls. One July survey from the University of Houston placed him just 5 percentage points behind Abbott.

O’Rourke’s polling performance is better than expected, said Chris Macaulay, an assistant professor of political science at West Texas A&M University. Democrats’ standing has improved partly because gas prices have decreased and inflation is a bit more under control.

Macaulay said some will invariably be turned off by O’Rourke’s comments; politicians are expected to exhibit a certain “level of decorum.” But, he added, his gut feeling is that this could work to O’Rourke’s advantage.

Many in the Democratic Party, especially those who are younger, are tired of the seeming lack of action from their leaders, according to Macaulay. O’Rourke’s viral moment will send a signal to the base that he’s similarly passionate about issues like curbing gun violence.

The heated exchange will also help O’Rourke more than it will hurt because it has generated media attention, Macaulay said. Most news is good news when it comes to challenging an incumbent.

But as of now, Democrats still shouldn’t get their hopes up, he added: “Beto remains the underdog, and I still would not expect him to emerge victorious in November.”
KEEP THE DALLAS OBSERVER FREE... Since we started the Dallas Observer, it has been defined as the free, independent voice of Dallas, and we'd like to keep it that way. With local media under siege, it's more important than ever for us to rally support behind funding our local journalism. You can help by participating in our "I Support" program, allowing us to keep offering readers access to our incisive coverage of local news, food and culture with no paywalls.
Make a one-time donation today for as little as $1.