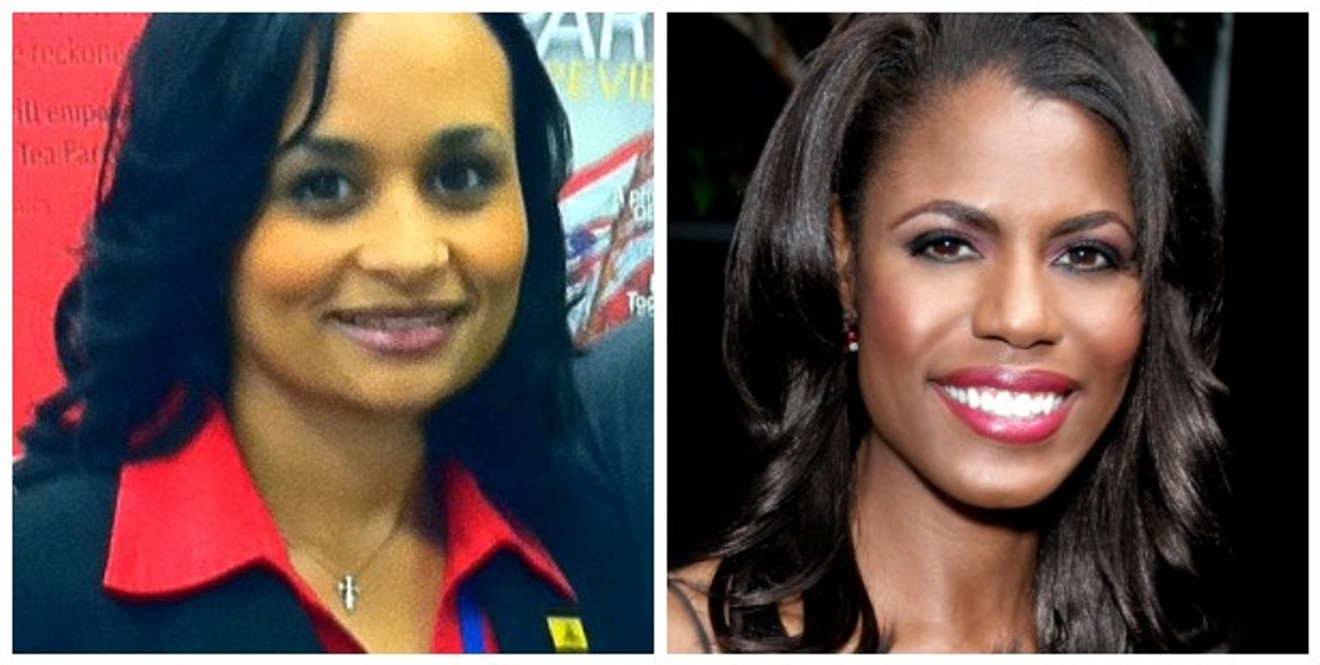 "No, he said it. He is embarrassed," Pierson, now a senior adviser on the Trump re-election campaign, says during a phone conversation with Manigault-Newman and another Trump aide, HUD official Lynne Patton.

"That did not happen. Sounds like she is writing a script for a movie,” Pierson said on Fox News. "The president and his family have been nothing but kind and generous and respectful to myself and everyone else that I know of color."

Pierson issued one hell of a walk-back statement on Tuesday.

"During the 2016 campaign, we heard rumors about an alleged tape from The Apprentice. It's clear now that those rumors were always being circulated by Omarosa and her alone. In her secret tape-recording of me, it was one of many times that I would placate Omarosa to move the discussion along because I was weary of her obsession over this alleged tape," Pierson said. "To be clear, I never organized a conference call with [Trump campaign aide] Jason Miller to confirm Mr. Trump said anything. That discussion was nothing other than sifting through unconfirmed rumors regarding The Apprentice tape, and the transcript supports my statement. Omarosa fabricated the story by conflating numerous discussions."

On Monday, the president issued a denial on Twitter that he'd ever been caught on tape saying "n——-".

.@MarkBurnettTV called to say that there are NO TAPES of the Apprentice where I used such a terrible and disgusting word as attributed by Wacky and Deranged Omarosa. I don’t have that word in my vocabulary, and never have. She made it up. Look at her MANY recent quotes saying....

....such wonderful and powerful things about me - a true Champion of Civil Rights - until she got fired. Omarosa had Zero credibility with the Media (they didn’t want interviews) when she worked in the White House. Now that she says bad about me, they will talk to her. Fake News!

During her briefing Tuesday, White House Press Secretary Sarah Sanders said that she "couldn't guarantee" that a tape of President Trump using the word would never become public.

If it turns out tape of Trump using the slur exists, history suggests that Pierson would go to the mat defending her boss anyway. After Trump was caught on tape admitting to grabbing women by their genitals in October 2016, Pierson immediately defended the then-Republican nominee.

"This truly was two men who had what they thought was a private conversation, talking about an attractive woman. He calls it locker room banter," she said during an interview with Megyn Kelly after telling the commentator that she had two brothers who played sports.
KEEP THE DALLAS OBSERVER FREE... Since we started the Dallas Observer, it has been defined as the free, independent voice of Dallas, and we'd like to keep it that way. With local media under siege, it's more important than ever for us to rally support behind funding our local journalism. You can help by participating in our "I Support" program, allowing us to keep offering readers access to our incisive coverage of local news, food and culture with no paywalls.
Make a one-time donation today for as little as $1.