After Striking Out With Shohei Ohtani, It's Time for Rangers to Rebuild

Shohei Ohtani is going to the Angels. Ship1231
The Rangers got bad news Friday afternoon: Japan's two-way superstar Shohei Ohtani is not going to Arlington. Worse still for the Rangers and their fans is that Ohtani and his unique talents are headed to the Los Angeles Angels. For the next six years, the Rangers will have to deal with an Angels club featuring baseball's best player, center fielder Mike Trout, and Ohtani, who could quickly develop into the American League's best pitcher.

The Rangers' path to their franchise's first World Series championship just got a lot steeper.

In addition to Ohtani's prodigious talent and entertainment level — he's an American League pitcher who hits for himself and does so from the middle of the order — he represented a shortcut around rebuilding for the Rangers.

Thanks to Major League Baseball's anti-market international free agency rules, the most any team could offer the right-handed flamethrower/left-handed power hitter was whatever cash was left over in its international bonus pool and then a contract for the standard Major League minimum of about $500,000. The Rangers, who had MLB's biggest bonus pool when the chase for Ohtani began, had about $3.5 million to throw at him. That's a decent chunk of change for civilians, but nothing close to the $200 million to $300 million Ohtani could've commanded if he were a true free agent.

Getting that kind of a bargain on a guy who could be a six- or seven-win player his first year in the United States allows any team, but especially one hamstrung by a couple of bad contracts, like the Rangers, to skip ahead in line on the way to contention. Thanks to Ohtani, the Angels, who are still carrying Albert Pujols' worst-in-baseball contract, have improved their roster to the point of being a borderline contender while spending a negligible amount of new money. It's a dream scenario for the team in Anaheim. 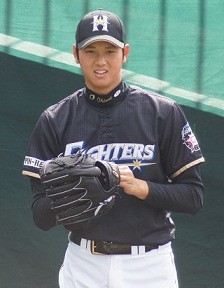 Shohei Ohtani is going to the Angels.
Ship1231

Missing out means the Rangers are going to have to embark on a more traditional rebuild. It will, in the best-case scenario, see them contending with a still-loaded Astros team for an American League West division championship in 2020, when they open their new stadium in Arlington. While general manager Jon Daniels and his team are unlikely to force Rangers' fans to suffer through the kind of full-scale tanking the Astros did in the half-decade before their 2017 World Series triumph, the next couple of seasons are going to be about stockpiling and evaluating young talent, in addition to streamlining the team's current big league roster.

The Rangers, as currently constructed, simply don't have the talent level to be anything more than a fringe contender. They lack depth in the starting rotation, don't have a Major League-ready center fielder anywhere on their big league club or in their farm system, and have a bullpen coming off a yearlong meltdown in 2017.

The Rangers are unlikely to make a big splash elsewhere, at least when it comes to signing big league talent. The Yankees traded for the biggest bat looking to switch teams this winter, former Marlins slugger Giancarlo Stanton, over the weekend. While Yu Darvish joked on Twitter last week about returning to Texas, his market seems to be somewhere around $25 million per year, leaving him out of reach for the Rangers, too. Daniels will pick up some depth as the team moves toward spring training, but not much; the team already has more than $121 million in payroll commitments for the 2018 season.

One of the first things you can expect Daniels and company to do is spend the $3.5 million in international bonus money that's surely burning holes in their pockets since being spurned by Ohtani. One of the easiest ways to dispose of the cash would be hand it over to Julio Pablo Martinez. Martinez, a speedy outfielder with intriguing power potential, defected from Cuba earlier this year. He worked out for scouts, including Rangers personnel, Friday morning at the Los Angeles Dodgers training complex in the Dominican Republic. If the Rangers sign Martinez (taking batting practice in the below video), he'll join Leody Taveras as a potentially elite outfield prospect waiting to join the big club around the time the new stadium opens.

Top Cuban OF prospect Julio Pablo Martinez had an impressive workout in front of scouts this morning at the @Dodgers complex in Guerra, DR. He ran the 60 in 6.3 seconds and home-to-first at 3.75 seconds. Rangers and Yankees among those in attendance.@MLBPipeline pic.twitter.com/Z7tbYceYAu

After spending their international bonus pool riches, the Rangers have to figure out what to do with Shin-Soo Choo's contract. Choo has three seasons and $62 million left on his deal. While he remains an above-average hitter against right-handed pitching, he can't hit lefties and is a liability in the outfield. When he's designated hitter, he takes away at-bats better used evaluating the younger players on the roster.

Choo would be a serviceable veteran on a team hoping to contend, but he has no value for the Rangers. At some point before or during the 2018 season, Daniels is going to have to eat a chunk of what's owed Choo to get him off the books. 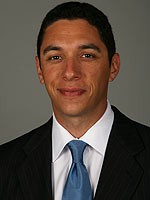 Jon Daniels: the man (hopefully) with the plan.
Texas Rangers

If the Rangers aren't in touch with the playoff race in July 2018, more veterans — like Cole Hamels, Adrian Beltre, and the Rangers' two newly-signed pitchers, Doug Fister and Mike — could be spun off for young, controllable talent. In the right scenario, Elvis Andrus, the Rangers' cornerstone at shortstop since 2009, could be moved as well. While signing Ohtani would have pried the Rangers' contending window open for another season or two, it's time for the team to move on to the next wave, led by first baseman Joey Gallo, outfielder Nomar Mazara and, potentially, Willie Calhoun, the prize of the Rangers' deadline deal that sent Yu Darvish to the Dodgers.

Daniels needs to see what he has with the coming crop of kids — and figure out what happened to 23-year-old second baseman Rougned Odor, who went from star in 2016 to one of MLB's worst players in 2017 — to begin putting together a roster capable of bringing World Series games to Globe Life Field in 2020 or 2021. Until then, at least, the West is going to belong to the Angels and the Astros.