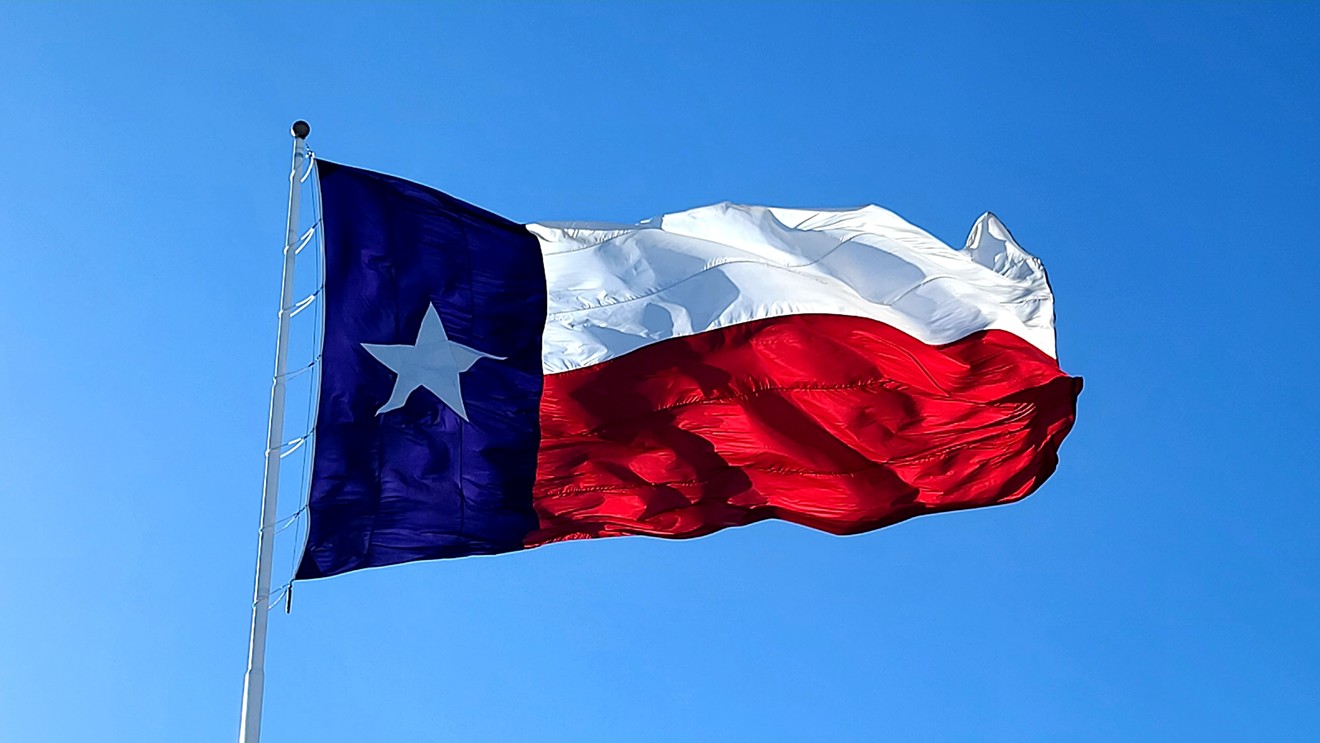 In Texas, investor-owned properties make up 28% of the housing stock, more than any other state. Photo by Pete Alexopoulos on Unsplash
Rachel and Ryan Rushing moved to Dallas from Louisiana in 2010. They chose Dallas “because it’s where the jobs were,” Rachel said. In 2018, they were ready to buy their first house and settled on a place in Oak Cliff because it’s where they felt most at home. But the Texas political climate has grown increasingly uncomfortable for the Rushings.

“There are different things that have really frustrated us about living here,” Rachel said. One of the bigger ones in recent years has been anti-LGBTQ rhetoric and policies in Texas. Ryan, Rachel’s wife, is a trans woman.

Moving had been on Rachel and Ryan’s minds in recent years, but after President Joe Biden's election, they both felt they had a few more Texas years in them. “In 2020, after the election, we talked about how long we really wanted to stay here because we could finally breathe again after four years,” Ryan said.

Then came an onslaught of anti-LGBTQ bills across red states the following year, including in Texas. That’s when they started to reconsider. The couple say they’re now ready to leave the state. They’ll first have to sell their home in Oak Cliff, and they have one big condition. They fear, like others, that selling to an "institutional buyer" or company will only contribute to higher rents and the dwindling number of individual  homeowners. That’s why they want the house to go to an individual or family.

Ryan said she’s rarely had anyone target her with transphobia. She's been fortunate, she said, but isn't sure how much longer that will be the case if she and Rachel stay in Texas.

“I don’t know if I’ve ever actually gotten anybody in public saying anything to me about being trans,” Ryan said. “But I’m still self conscious about things like my voice or my hands.” She said she feels like it’s only a matter of time before she’s harassed for being who she is.

Rachel feels the same: "It’s been feeling like we’re just sitting here waiting for something awful to happen to us."

They both also have environmental concerns. Texas is only getting hotter, they say, and they don’t want to be around when it gets too hot. So, the Rushings are headed to Massachusetts. The two said they found a list of all the bills being pushed across the country targeting trans rights. Texas seemed be among the states with the most. Massachusetts seemed like a better fit. They also found that there’s more support and access to healthcare for them both in the state.

“It’s been feeling like we’re just sitting here waiting for something awful to happen to us." – Rachel Rushing, Oak Cliff resident

For example, Massachusetts is home to the first rural transgender health clinic in the U.S. Ryan said she  and Rachel have only lived in red states along the Bible Belt, so visiting Massachusetts felt oddly welcoming. “This isn’t just a safe place where we could go unrecognized,” Ryan said. “It’s where we can feel comfortable.”

There, Ryan and Rachel could walk down the street and feel like just another couple. “That was kind of unbelievable,” Ryan said. “I’ve never experienced that.”

Ryan came out as trans during the pandemic, feeling like people were more accepting these days. “Then this happened and things drastically escalated,” she said. Since then, trans people have become “a lightning rod for the GOP,” Ryan said.

They’ve seen their Oak Cliff neighborhood and surrounding areas become increasingly gentrified and want to be able to do something about it.

Ryan was the head of design for Gioviani Valderas, a community advocate in Oak Cliff, when he was running for City Council. He speaks a lot about gentrification.

Investors have called them plenty of times and even shown up at their front door. The location is a “prime developer’s playground at this point,” Rachel said. “Living where we live, it was pretty easy to see that our neighborhood was going to be targeted.”

They’ve seen a lot of growth in their area first hand. “We’ve seen right in front of us how many homes were demolished and how many properties were bought by developers and investors, and now how many places have been built that are like luxury apartments,” Rachel said.

Rachel and Ryan started to feel like they couldn’t help with the problem. Then, another home in their neighborhood got bought by an investor. That’s when Ryan started to think, “We do actually have a lot of power.”

They’re going through some updates and repairs on the property before throwing it on the market. In the meantime, they’re also shopping it out to friends and others who may be interested. In the next two weeks, they hope to have the home on the market for sale.

Although they feel they’re being pushed out of Texas, the Rushings hope that by not selling to an investor they can at least help those who have to stick around for the state’s increasingly pricey housing market.

“I feel like I’m part of a group being targeted by the authorities,” Ryan said. “But in the midst of that, I feel like there is a responsibility we have in leaving to still try and help the next people. Bailing is also an option and is right for a lot of people. But we have the emotional energy to, while we’re getting to safety, to at least try and help another person.”
KEEP THE DALLAS OBSERVER FREE... Since we started the Dallas Observer, it has been defined as the free, independent voice of Dallas, and we'd like to keep it that way. With local media under siege, it's more important than ever for us to rally support behind funding our local journalism. You can help by participating in our "I Support" program, allowing us to keep offering readers access to our incisive coverage of local news, food and culture with no paywalls.
Make a one-time donation today for as little as $1.