Beignets Are Coming to Deep Ellum This Weekend Le Bon Temps officially opens Sunday, Oct. 13. Eric Khozindar
On the eastern side of one of Dallas’ best entertainment districts is a new place opening this weekend, and they’ll sell only three things: coffee, ice cream and beignets.

Eric Khozindar, who was born and raised in New Orleans, is opening Le Bon Temps, a beignet-focused bakery in Deep Ellum. The grand opening is Sunday, Oct. 13, when those who stop in can buy a beignet and get a free coffee.

“I had moved here about 14 years ago, and since then I’ve been craving some beignets, and I just thought, no one really makes them all that well out here, so I thought it would be simple to do my own,” Khozindar says. “Little did I know it would take a lot more money and a lot more work than I expected.” 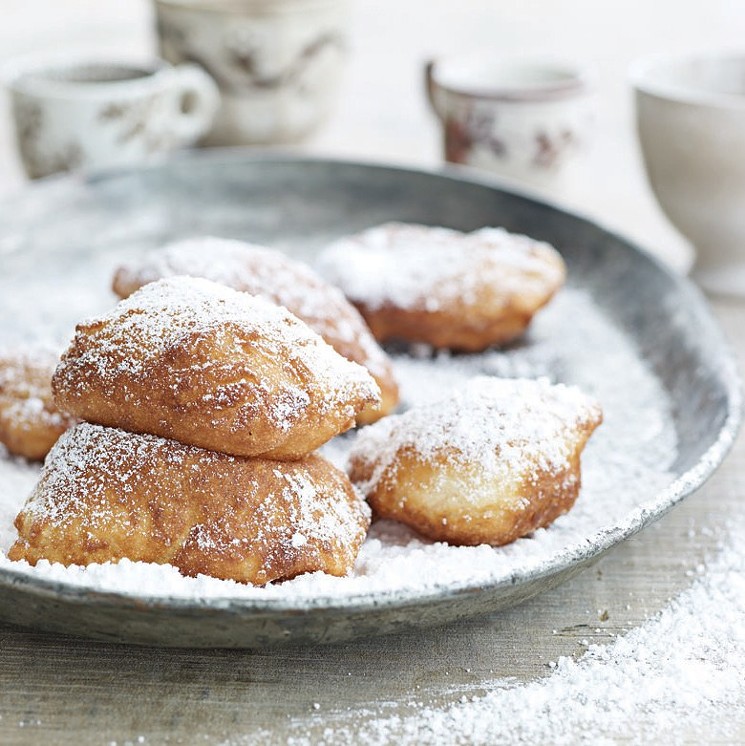 Mmmmmmm beignets
Le Bon Temps
The 34-year-old may have been surprised because his other business in Dallas is a bail bond company.

“I was very successful doing that. I’ve wanted to do this for a long time, so I wanted to try new ventures from that,” he says.

He’s going from bonds to beignets with the help of Pierre Trevino, a chef with Coeval Studio.

“The goal is, since we only make three things, we only have one good shot at this, we want everything we make to be top notch,” Khozindar says.

They’ll have two types of beignets, one classic one — which Khozindar says is what you might think of if you’ve been to New Orleans’ Cafe Du Monde.

The other type is what they’re calling “le boneignets.” 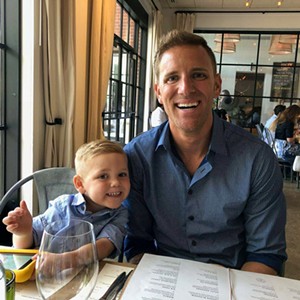 Eric Khozindar with his son Liam
Eric Khozindar
“We’ve worked on this recipe ourselves ... it’s going to be more of a croissant texture: fluffier, flakier, it’s a little more intensive, it takes about three days to proof it,” Khozindar says. “It’s one of those products, once we’re out for the day, we’re out.”

They’ll also have an option to have ice cream with the beignet.

In no way surprising, the place serving beignets in Deep Ellum is going to have late hours, serving until 3 a.m. on weekends.

“I’m hoping people are excited about it,” Khozindar says. “We want to start delivering at some point, too. The thing with that is, we want to make sure the quality stays quality.”

Le Bon Temps, 2932 Main St. (Deep Ellum). Opening Oct. 13.
KEEP THE DALLAS OBSERVER FREE... Since we started the Dallas Observer, it has been defined as the free, independent voice of Dallas, and we'd like to keep it that way. With local media under siege, it's more important than ever for us to rally support behind funding our local journalism. You can help by participating in our "I Support" program, allowing us to keep offering readers access to our incisive coverage of local news, food and culture with no paywalls.
Make a one-time donation today for as little as $1.