Restaurants Opening and Closing Amid the Coronavirus Pandemic 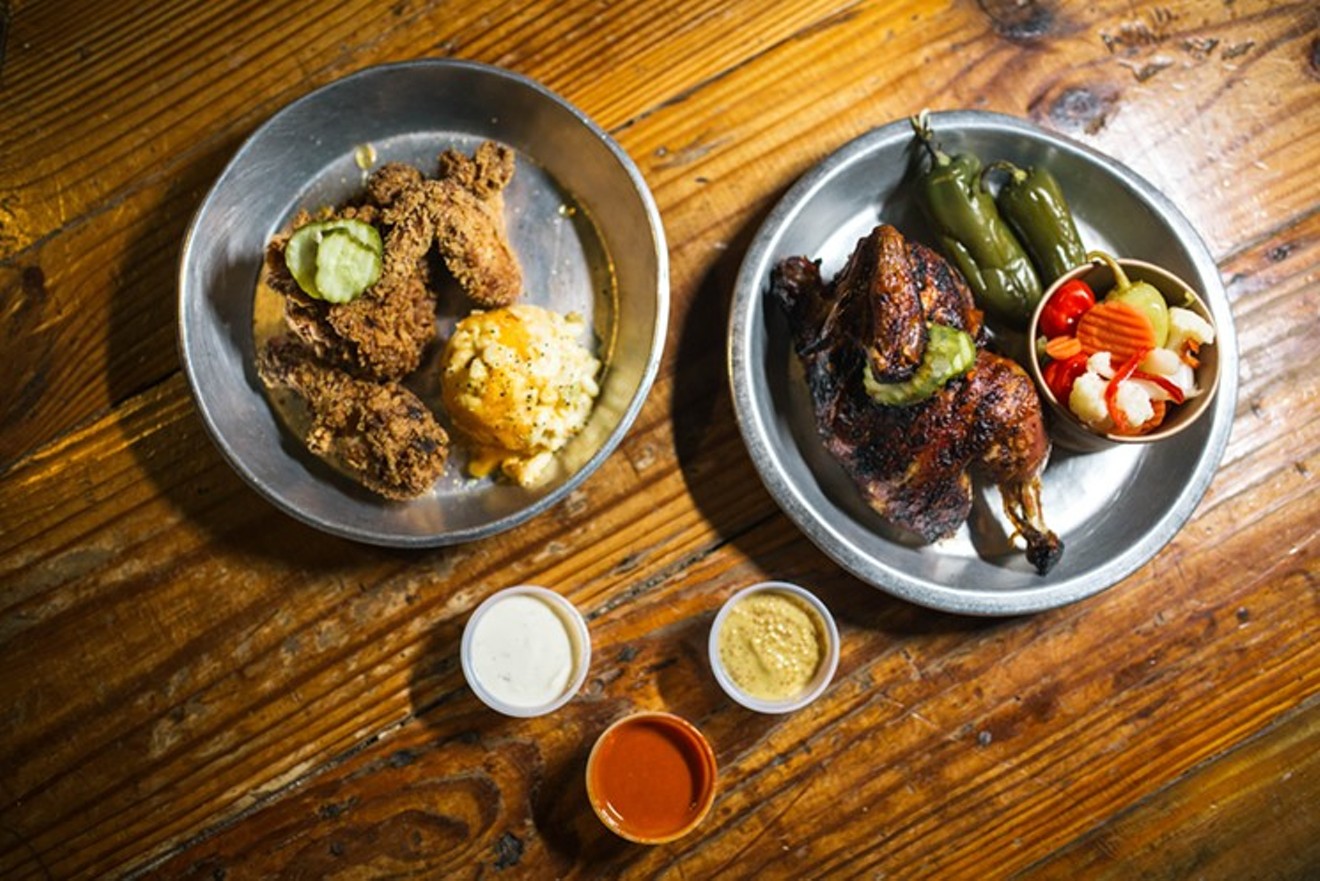 Chicken Scratch has shuttered permanently. Kathy Tran
Since our last update, several iconic Dallas restaurants have permanently closed. May has been a rough month, needless to say.

Dakota’s Steakhouse has shuttered for good. Built underground to skirt a clause in the original deed that restricted the sale of alcohol on former church "grounds," the steakhouse, which opened in 1984, exuded elegance and a classic New Orleans charm. CultureMap broke this story originally May 20.

The locally owned, healthy fast food concept Start has closed both locations "immediately and indefinitely," according to their website. Owner Erin McKool posted a message on Facebook that despite this closure, she has “always believed everyone deserves a fresh start,” an encouraging perspective that a lot of people need right now.

Chicken Scratch and the adjacent bar and music venue, The Foundry, have shuttered for good. They gave takeout a try, but it just wasn't enough. The list of woes for this group just keeps piling up.

Hopdoddy Burger Bar in the Southlake Town Square announced on their Facebook page that they’ve “made the tough decision to permanently close our home in Southlake, something we’ve never done before.” Their other locations in Dallas and Fort Worth are still open.

CultureMap reported that Eastside Social on Greenville Avenue has permanently closed. Laurel Tavern and Wah Wah Room, both owned by the same company and also located along the same street, have also closed.

In Fort Worth, despite a prime spot in the busy Sundance Square Plaza, Bird Café has also permanently shuttered. Their website simply reads, “Thank you for seven great years.”

Alas, Highland Park Cafeteria has closed after 95 years of business. Christened by the New York Times as “America’s Cafeteria,” its home-cooked recipes will be missed by generations of families. And an even bigger bummer was that, according to their website, they couldn’t even properly say goodbye to their faithful employees and customers.

There have actually been some openings recently, too.

Mia’s Tex-Mex has reopened it’s new spot at 4334 Lemmon Ave. for curbside, takeout, patio dining and limited indoor seating. This new place is just 171 feet up the road from the original spot.

Invasions has opened just along the east perimeter of Baylor University Medical Center at 4029 Crutcher St. in Old East Dallas. We’re inclined to tell you about their Cardi B chicken sandwich (rather than keeping secrets), but are waiting to get firsthand experience. Created by Chef Airric Heidelberg, Invasions bills itself a “new fast, gourmet restaurant, meaning we offer healthy, fresh, delicious food for a lesser price and a quicker delivery time.”

Blue Cenote Cantina and Grill has opened at 312 W. Davis St. in the Bishop Arts District.
KEEP THE DALLAS OBSERVER FREE... Since we started the Dallas Observer, it has been defined as the free, independent voice of Dallas, and we'd like to keep it that way. With local media under siege, it's more important than ever for us to rally support behind funding our local journalism. You can help by participating in our "I Support" program, allowing us to keep offering readers access to our incisive coverage of local news, food and culture with no paywalls.
Make a one-time donation today for as little as $1.