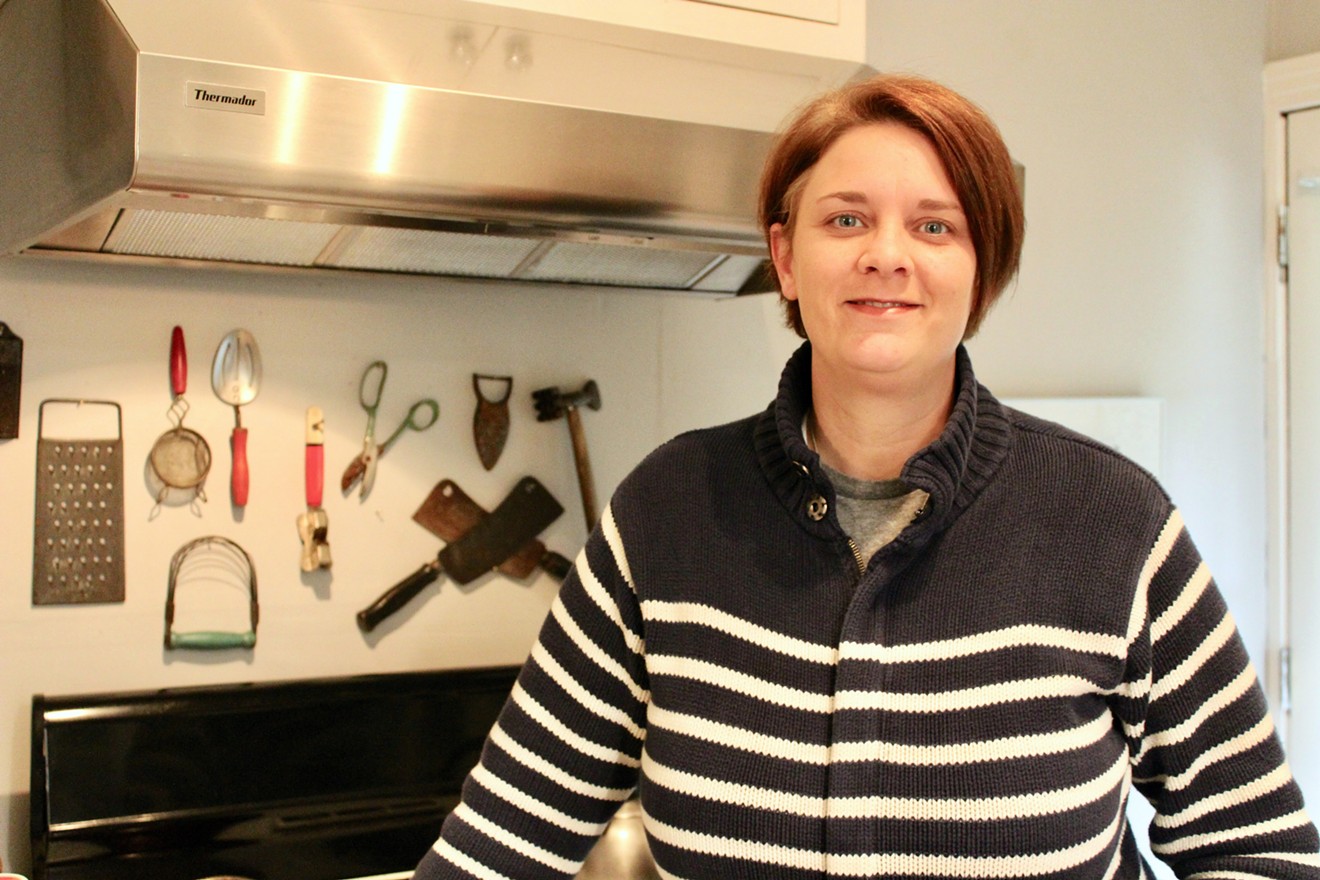 Good 2 Go Taco owner Jeana Johnson recently shuttered her East Dallas restaurant and is about to head down a very different path. Taylor Danser
A new year usually elicits feelings of hope, optimism and positive change, but for one Dallas restaurateur Jeana Johnson it meant an agonizing decision. She shuttered Good 2 Go Taco, a restaurant she poured more than six years of her life into, on Jan. 4.

“It had a really great, long run, and business has suffered for a little while, so we held on as long as we could and closed when we thought the time was appropriate,” Johnson says. “The last couple of days at Good 2 Go, Tuesday and Wednesday, it was like floating above my own funeral. … We had an amazing group of regulars who helped us stay afloat for months and months and months, but the restaurant business isn’t supposed to be a nonprofit organization. So breaking even just doesn’t make it worth it.”

Johnson, 38 and an East Dallas resident, is disappointed with the closing, but as she puts it, she now has “a hefty task at hand” as she prepares to become the chef of Mockingbird Diner, a forthcoming project that sees Johnson partnering with restaurateur Jack Perkins of Maple & Motor.

“I’ve been an owner-operator for a really long time. It feels like an eternity,” she says. Now, she’s moving back to doing what she’s really passionate about: being the chef.


“I think it’s our responsibility in the industry to put the focus back on this food, which is here as a vehicle to enjoy an evening.”

“It feels exciting … it takes a lot of pressure off,” she says. “It really lets me focus on what I really, really love doing and not having to worry so much about, ‘OK, I’ve bared my soul for these people, and they have everything I’ve had to offer today, but now I still have to go home and do payroll.’ I don’t have to do payroll anymore. I’m really excited about that. My involvement in payroll will be accepting a paycheck, which will be a big change.”

She’s worked with tacos at Good 2 Go, Vietnamese cuisine at Mot Hai Ba, which was sold in 2016, and now will focus on diner food, which is not entirely outside her wheelhouse, she says.

“This has been, coincidentally, a concept that I’ve been kicking around for my own personal repertoire for years. I’ve looked at diner space even within the last couple of years to open my own thing,” she says.
Perkins will handle the concept part of the restaurant, which is planned to open later this year on Mockingbird Lane near Dallas Love Field.

“For me, the R&D process is going to be much more of a soul-searching process, in the way of summoning childhood memories, really digging deep and finding my soulfulness that it takes to accomplish just really good-feeling food,” she says, noting customers can expect some foods you’d find in a diner in the Northeast and Southern staples like biscuits and gravy.

She shares a goal with many who lead a kitchen: serve food people like and want to come back for. But there’s another issue that’s been on her mind lately.

“I feel like the main reason why people go out for dinner has sort of become lost in the shuffle. It sort of moved to, ‘We’re going to eat this chef’s food,’ and the intent of dinner has become the chef,” she says.
“I [recently] watched a four-top all simultaneously taking pictures of their food with their phones. Meanwhile, the entire purpose of going out to dinner, gathering four people, clearing that hour and a half so that you can sit down and spend time together, it’s gone. I hope that Insta post gets like a million likes because you just missed the opportunity to ask your mom, ‘How was your day today?’”

She’s not the only one bothered by phones hovering over plates and interrupting the concept of a dinner. Plenty of chefs have shared that complaint. But she says there is a line the industry has to walk.

“Social media has become such a huge part of this business — if you don’t actively post on your Facebook page, or your Instagram, it sort of makes you non-current. But while you’re doing that, again, you’re taking away from the real business of making great food,” she says. “I think it’s our responsibility in the industry to put the focus back on this food, which is here as a vehicle to enjoy an evening. This is not so you can eat my food, call me a genius, stroke my ego, all of those things; you’re eating food together because the best conversations happen over breaking bread together.”

At her next project, Johnson is hoping diners will put away their phones and enjoy the moment.

“I really hope that the food that we put on the plate at the Mockingbird, I hope that it’s less about your [social media] and more about, ‘Let’s go there to spend time together,’” she says. “The food will be a draw; hopefully, it won’t be the only thing.”