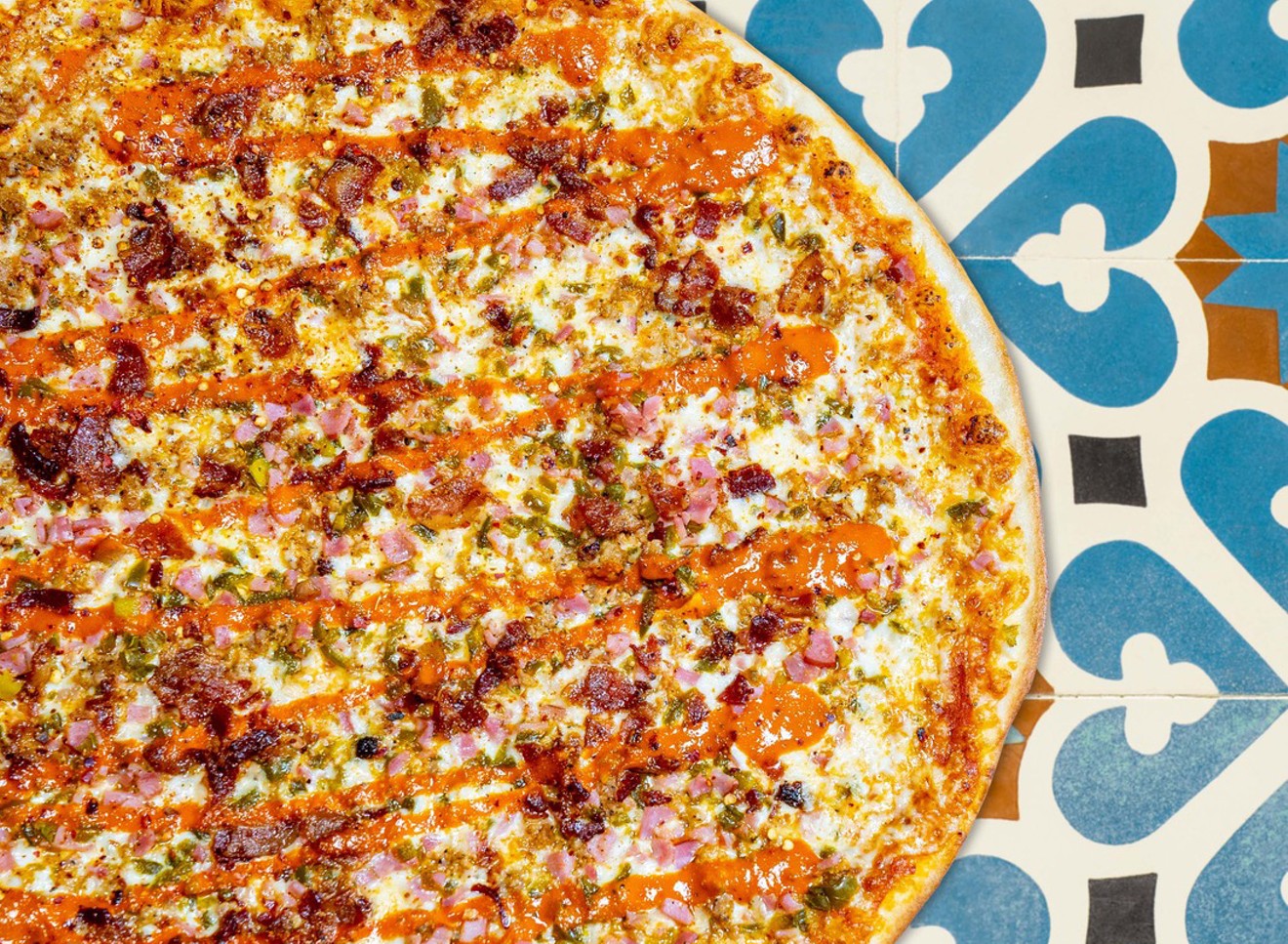 This news was supposed to come out months ago, “but then COVID hit so it got pushed back several months, but we are FINALLY ready to get this pizza rolling,” the representative for GAPCo says.

As we know, Cafe Momentum provides 12-month, paid internships for young men and women coming out of juvenile facilities.

The folks at GAPCo recently worked with the nonprofit/restaurant to host classes with the interns, teaching them how to make gourmet pizza. In that time, interns competed for the chance to have a pizza they created featured at the East Dallas pizzeria for a month. The judges were Sammy Mandell, owner of GAPCo, Chad Houser, founder and executive chef of Cafe Momentum, and John Mercer, sous chef of Cafe Momentum.

The winner, available at GAPCo Oct. 26 through Nov. 30, has a garlic-butter-brushed crust topped with sausage, bacon, Canadian bacon and jalapeño. It’s drizzled with hot Buffalo sauce and dusted with red pepper and GAPCo’s signature pizza crack.

The pizza’s $24 for a large and $19 for a small. On the launch day, Oct. 26, 20% of proceeds of this pie go toward supporting Cafe Momentum; 15% goes to the nonprofit for the remainder of the period it’s offered.

“We’ve long admired the work that Chad and his team are doing at Café Momentum, so we were excited and honored to have the opportunity to get involved,” Mandell says in a release. “We met so many talented young men and women and tasted a lot of great pizzas. I have no doubt that many of the interns will go on to do great things, both in restaurant kitchens and in life.”

For Houser, he got to see his interns learn even more by partnering with GAPCo.

“It was such an incredible experience watching our interns make their personally designed pizzas," Houser told the Observer. "They were so excited and, most importantly, so incredibly proud.”

Find the Cafe Momentum pizza at GAPCo’s East Dallas locations: 1923 Greenville Ave. and 1145 Peavy Road.
KEEP THE DALLAS OBSERVER FREE... Since we started the Dallas Observer, it has been defined as the free, independent voice of Dallas, and we'd like to keep it that way. With local media under siege, it's more important than ever for us to rally support behind funding our local journalism. You can help by participating in our "I Support" program, allowing us to keep offering readers access to our incisive coverage of local news, food and culture with no paywalls.
Make a one-time donation today for as little as $1.