A dinner spread at Fattoush Mediterranean Grill in Pantego Kathy Tran
So long, and thanks for all the tacos.

I’ve been the Dallas Observer’s food critic for five and a half years and 144 formal restaurant reviews, but that ride ends October 1. I’m quitting to pursue my dream career: full-time Instagram influencer. Just kidding.

Something else is in the works, and it’s not influencing, I promise. But it means the Observer will be looking for its next restaurant critic. We’ve got some talented candidates in-house who will substitute for me and make sure that our lively, opinionated, independent restaurant coverage keeps being as awesome as ever. They’ll also make sure that the next Top 100 Restaurants feature is even more informative, diverse and surprising than mine has been.

But, hey, the next Observer critic might be you, and if you want to give it a try, more information will be along shortly.


In the meantime, I’m going to take a moment to act like a proud papa bear and get super nostalgic and weepy about my five favorite moments from this job. These aren’t the five greatest meals or the five best pieces of work I turned in. They’re just strong, wild memories from five years of having the weirdest, best job on earth. Are you ready for a trip to Cheese Island?
Kathy Tran
That first time I had Cheese Island at Butthole. Way back in 2016, Ben and Jon Lee, the brothers who own LA Burger, recommended a Korean bar in Carrollton. I thought, “That’s good to know,” then inexplicably waited a whole year to visit it. I finally did after checking its Yelp page and seeing a weird pattern: Every single Korean-American reviewer was commenting on how the name was hilarious, or the name was offensive, or the name was off-putting for a place that serves food.

Which is how I found out that Ddong Ggo means butthole. Or, in the words of founder Brian Chong, “specifically, chicken butthole.”

And so we went and discovered the joy of its signature dish, Cheese Island: a mountain of fried chicken (the island) in a small ocean of molten mozzarella cheese. It could be a dumb gimmick, but instead, the fried chicken was actually great. All the bar food was like that: It sounded like a gimmick but was brilliant. I still dream of the mashup between a kimchi pancake and a cheese pizza.

There are whispered rumors that, under new ownership, Ddong Ggo isn’t what it used to be. Those rumors better be wrong, because what it used to be is the most fun restaurant in the whole universe, and if we’ve lost that, I’m gonna be very, very sad.

That time I got my first hate mail. It was from a dog. The dog had a Twitter account, which isn’t there anymore, sadly. Every day, the dog posted selfies, said things like “woof,” and uploaded pictures of the specials at its owner’s restaurant. Then I reviewed the restaurant, which sadly was not good (our bill was over $50 per person, but they were out of dessert because they hadn’t bought enough of it at the grocery).

That made the dog very angry. It interrupted its busy life of belly rubs and fetch to tweet a bunch of angry messages at me, about how unprofessional I was. “You should be ashamed,” the dog said.

You never forget the first time you disappoint a dog. What if this were lasagna?
Brian Reinhart
That time I had dinner in a sculpture studio. One of the straight-up coolest dinners I’ve ever had was in a temporary sculpture studio installation at the Fairmont Hotel downtown. Artist Dan Lam filled the room with her whimsical work — all soft, almost bouncy sculptures which everyone was invited to poke and touch and pass around — and the pop-up group Nameless Chefs arrived with equally creative food. (Their names were Joshua Farrell, now serving ingenious cheesesteaks at Will Call, and Jeremy Hess.)

They asked questions like, “What if Caesar salad was soup?” “What if Salisbury steak, but wagyu?” And “What if all of the lasagna was the gooey cheesy burnt bit at the edge?” Then they tackled each of those very dumb questions with the sophistication of very smart cooks. And, miraculously, the answers were all resoundingly delicious. Playing with your food has never been so fun. 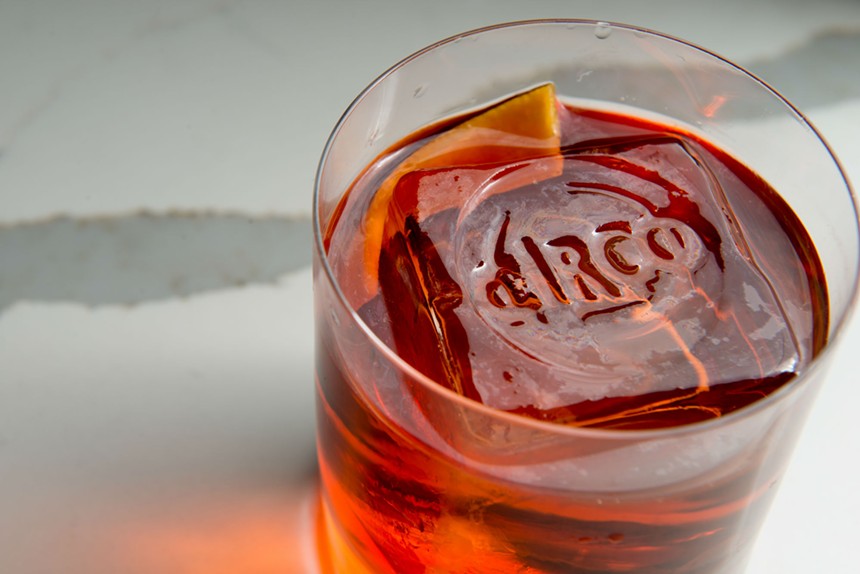 The story of Circo TX is not done.
Alison McLean
That time a restaurant collapsed and there was lots of drama. I knew Circo was bad after I visited twice to write our review, which I wrote in an experimental style that confused one or two readers (it was an imaginary conversation between the restaurant’s imagined founders). But apart from the mysterious absence of many ingredients and the tiny list of main courses, I had no hints as to Circo’s real problems.

Then over a dozen former employees reached out to me, emboldened by the bad review, to paint a picture of what they said was the most chaotic restaurant in Dallas history: money woes, a head chef who quit during the first dinner service, wild parties, paychecks issued using a quick-pay app, even a rumor of a mysterious regular in a tuxedo (though, oddly, only one person ever saw that regular. Was Circo haunted?).

When I got a tip that the restaurant was about to close, the race was on to talk to as many people as possible and write a vivid description of all the madness. The resulting article is my most-read piece ever.

There are two kickers here. One is that I missed the most lurid detail of all, caught instead by Sarah Blaskovich of The Dallas Morning News: The restaurant’s rooftop pool had been sabotaged by “urine-throwing incidents.” What? How do you throw urine, exactly? I wish I’d known to ask.

The other kicker is that, according to a job board screenshot forwarded to me last month, Circo is hiring again. Mutton kottu at SpicyZest
Brian Reinhart
All those times the restaurant was empty. I’ve written about this before, but there is no feeling like the feeling of going to an empty restaurant, wondering where everyone is and then eating extraordinarily good food.

Early on in my tenure as the Dallas Observer’s critic, I sat in an empty restaurant, eating an incredible sandwich. The lone employee grew so bored that she left, too, leaving me completely alone. I wondered how I’d be able to pay. Should I leave cash on the table?

Then my thoughts turned to the bigger problem: Where was everyone? Why weren’t they here? I thought, all this restaurant needs is one good break. They need one thing to go their way, and then they won’t be empty anymore.

And that’s when the epiphany hit: The break was me.

That hopefully does not sound egomaniacal. It wasn’t an ego trip for me. It was a responsibility. All these five years, serving the Observer and its readers, it’s been a responsibility and a duty to give a break to dozens of restaurants. All of my favorite memories of this job start with empty dining rooms. Every single one. Super-long Niku(!) at Ebesu
Alison McLean
Bilad Bakery was the empty restaurant that night. But SpicyZest was empty, too. Lima Taverna was empty literally every time we visited, and we were so worried we rushed the review to print because we didn’t know if they would be able to pay another month’s rent. Express Kabob was so empty I picked up a chair and dramatically dropped it to get someone to come out of the kitchen.

Nobody will believe me now, but the tasting menu at Revolver Taco Lounge was empty when it started service. One night it was just me and my friend; another night, Regino Rojas has told me, it was just one person — a different publication’s restaurant critic.

Fattoush was empty the first time I went, and the Iraqi lamb kebab there is the one and only meal I’ve had on this job that was so good it made me cry. (I’d had a couple of drinks.)

I claim zero credit for any of those restaurants’ successes. Their success is because of their own amazing talents and skills and flavors. But it’s the honor of a lifetime to be responsible for introducing those businesses to new fans. Our next critic will feel that duty and that honor, too.

Even now, years later, people still write to me on Twitter or Reddit that they’re regulars at Bilad or Fattoush because they saw an Observer article, or that they spent their birthday at La Resistencia or Ebesu because of my suggestion. And the happiness I feel when I hear something like that — well, it beats a million chocolate chip cookies.
KEEP THE DALLAS OBSERVER FREE... Since we started the Dallas Observer, it has been defined as the free, independent voice of Dallas, and we'd like to keep it that way. With local media under siege, it's more important than ever for us to rally support behind funding our local journalism. You can help by participating in our "I Support" program, allowing us to keep offering readers access to our incisive coverage of local news, food and culture with no paywalls.
Make a one-time donation today for as little as $1.