All 4 Hobbits Will Finally Reunite in Dallas, Precious

A reunion among the actors who played the hobbits on LOTR is so rare we couldn't find a photo of all four of them together. Ross Setford/Getty
"One does not simply walk" into a room and find all four hobbits together — unless you're in the reverse Tolkien world known as Dallas.

Put on your Elfin ears and listen up, precioussses: The original hobbits in the Lord of the Rings films will be attending the FanExpo at the Kay Bailey Hutchison Convention Center Arena on Saturday, Sept. 18 and Sunday, Sept. 19.

The four actors who portrayed the loyal hobbits in Peter Jackson's epic trilogy, Elijah Wood (Frodo), Sean Astin (Sam), Billy Boyd (Pippin) and Dominic Monaghan (Merry), were originally scheduled for 2020's FanExpo, but you can guess why that didn't happen.

Astin's appearance alone could likely fill an entire convention center based on his career as a cult classic hero first in The Goonies and, more recently, on Stranger Things. Nothing separates generations faster than trying to place the actor's most iconic role, as perfectly captured in the Twitter exchange below. 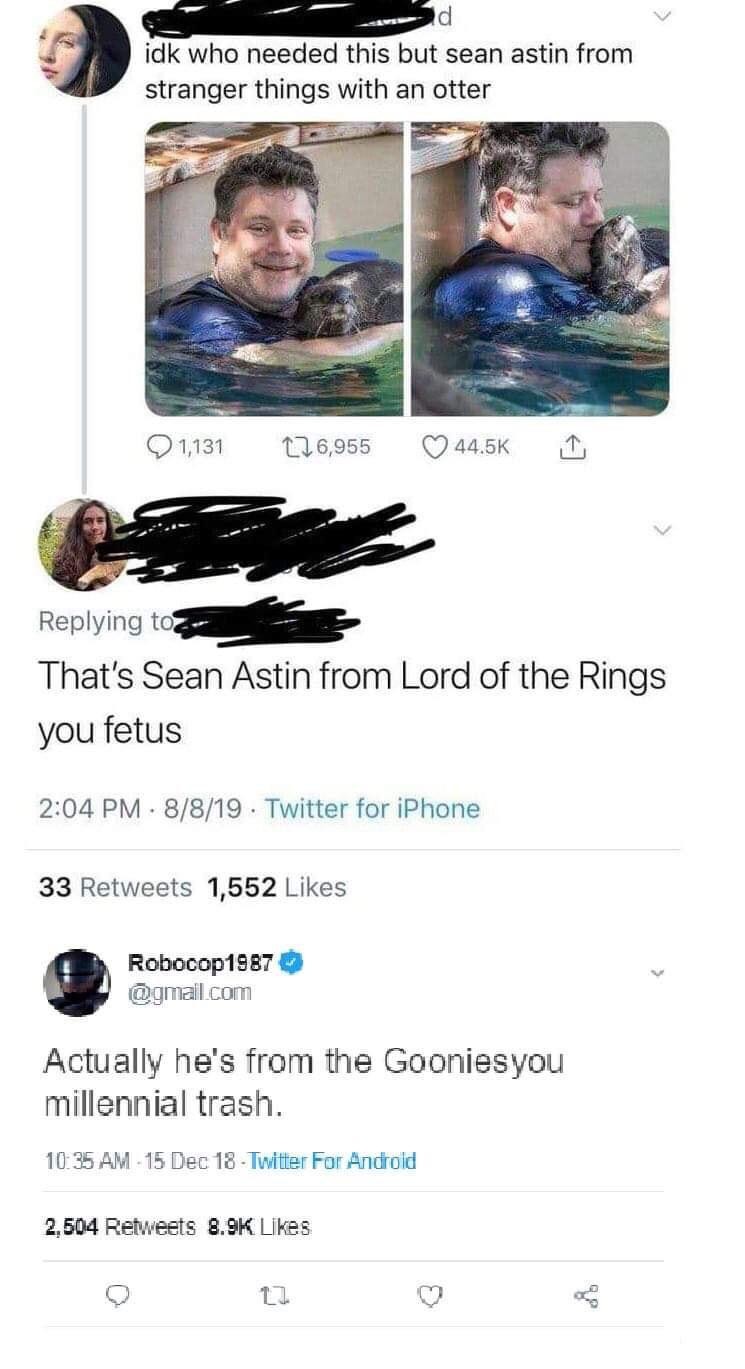 Last year's FanExpo, which was canceled, also had scheduled appearances by Christina Ricci, Weird Al Yankovic, the cast of Saved by the Bell, John Leguizamo, Brendan Fraser and the three dad figures from Full House, among others.

The three-day expo has yet to announce any other confirmed guests for 2021. The convention, however, will undoubtedly be an imaginarium of cosplay and anime, and is usually worth the trip just to marvel at the way some people spend their time: making near-exact replicas of costumes. It also features gaming booths, meet-and-greets, live interviews and photo ops with actors, comic book creators and authors.

It's unclear whether Monaghan will be able to answer any questions pertaining to the plot of his old series Lost. After all, even the show's writers couldn't.
KEEP THE DALLAS OBSERVER FREE... Since we started the Dallas Observer, it has been defined as the free, independent voice of Dallas, and we'd like to keep it that way. With local media under siege, it's more important than ever for us to rally support behind funding our local journalism. You can help by participating in our "I Support" program, allowing us to keep offering readers access to our incisive coverage of local news, food and culture with no paywalls.
Make a one-time donation today for as little as $1.