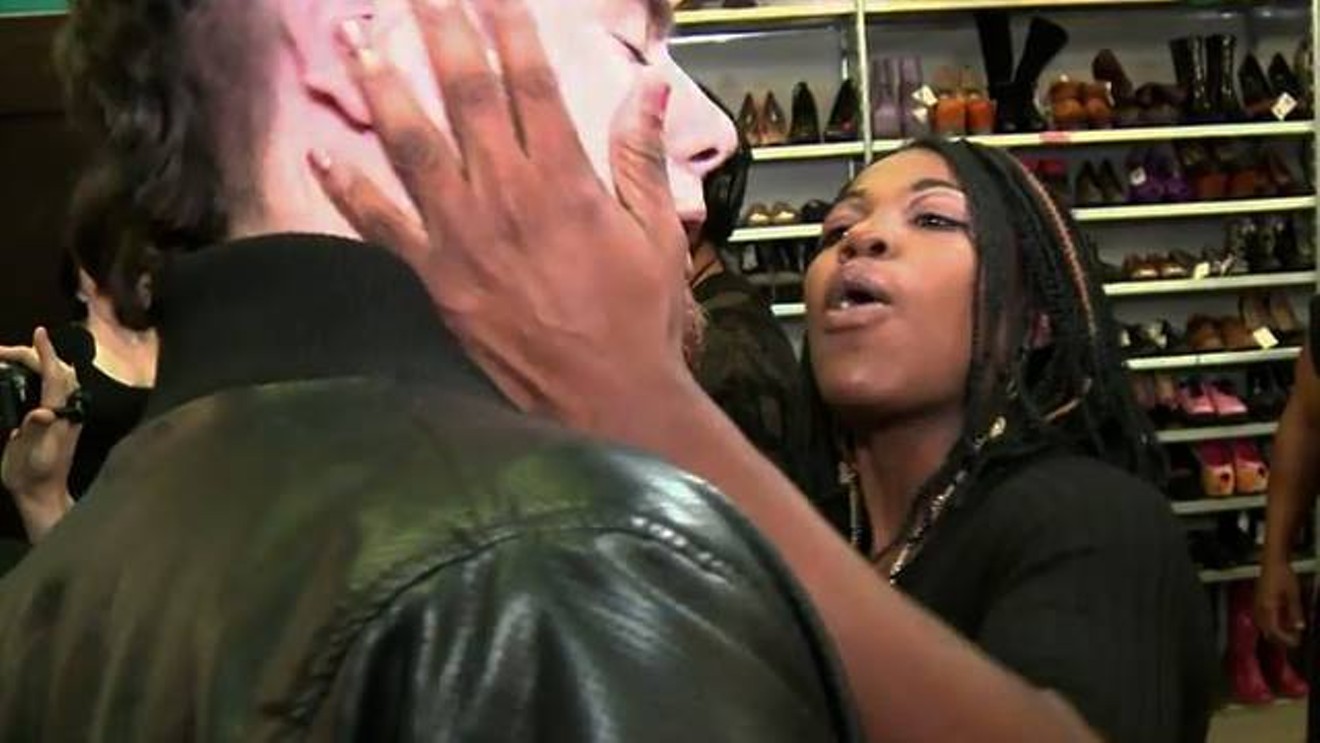 The Dallas-based reality show Cheaters will start confronting cheating husbands, wives and significant others very soon, says the show's creator, Bobby Goldstein. Cheaters via Facebook
If you've got someone on the side and you live in Dallas, now is the time to start worrying about your other significant other showing up on a date with a crew of cameras, boom mics and a smartly dressed host.

Cheaters, the long-running reality show in which private eyes track the movements of cheating spouses and so the cheated can confront them as cameras capture their reactions, will start shooting new episodes around Dallas in the coming weeks after a two-year hiatus, says the show's creator and producer, Bobby Goldstein.

"I'm really excited because we were all performing so well together, me and the crew," Goldstein says. "It's a great show with a great energy, and we have a worldwide following. I wasn't cut out for retirement, which wasn't my intention at the time, but that's what it became."


"It's a great show with a great energy and we have a worldwide following. I wasn't cut out for retirement, which wasn't my intention at the time, but that's what it became." – Cheaters creator Bobby Goldstein

Goldstein came up with the idea for his television creation during his days as a trial lawyer and started shooting episodes for syndication around Dallas in 1998 after an unsuccessful pitch to the Hollywood media machine that failed to foresee the rise of reality television. The show produced 17 seasons of jilted lovers learning the horrible truth about their true loves' cheating ways through the screaming and sometimes violent confrontations that the crew set up for them.

The show produced so many episodes in those seasons that Cheaters had enough reruns to take a two-year break from filming. The Cheaters crew consistently shot 44 episodes every year for the TV syndicator MG Perin. By 2016, the show amassed almost 300 episodes that could air in reruns for a long time.

Goldstein decided to take a break so he could be more involved with his family because his three daughters "were young and needed a rock to stand on, and I was happy to be that," he said.

"I had always been advised by my distributor that we had so many episodes that it could stay running and I should consider it," Goldstein says. "I never was really keen on doing that, but my father died at the end of 2015, and I got divorced and about the same time, I inherited three little girls full time. So I just felt like it was time to take a break from the rat race and all the hard work. But I bounced back from all that, and I'm kind of excited to be back in the ring."

Goldstein says he decided to bring the crew back behind the cameras in 2018 after acquiring his distributor two years ago. It took a year for Goldstein to learn how to syndicate his show, but he says it was worth the effort. The deal gives Cheaters a shot at a larger market and better air times and a chance to bump up the production schedule from 44 to 60 shows each year.

The Cheaters crew will start shooting new episodes in Dallas in a few days, with an airdate sometime in September. Goldstein says his show and production company also moved into a bigger studio and hired its  host, Clark Gable III (grandson of the original).

"After 20-something years of doing this, I've become somewhat of an expert at it, and while I've always said I was a student of the subject and not a master of it, you can kind of see how historically it all went down and why because the subject of fidelity and infidelity are tantamount to people's lives," he says. "There's so much these days that we can't trust and so little we can trust, and everyone wants to be safe and secure."

Goldstein says his initial idea for Cheaters was that "the intention was for getting a laugh and getting a show on the air." But it turned into something bigger after 20 years of development, production scenes of angry lovers throwing haymakers at the people who hurt them in just about every place to go on a date in Dallas-Fort Worth.

The reason he's keeping Cheaters in Dallas, however, isn't complex.

"My family's been here since the 1800s, and I don't really feel like I should be stuck here, but the truth is I have so many fucking kids," Goldstein says. "I've got seven fucking kids, and every time I get rid of one litter, I foolishly get wrapped up with some naked girls and have another litter. I've always tried to maintain a secure environment for them and make sure we have the same neighbors. So if I stop having kids, I may take it somewhere else."
KEEP THE DALLAS OBSERVER FREE... Since we started the Dallas Observer, it has been defined as the free, independent voice of Dallas, and we'd like to keep it that way. With local media under siege, it's more important than ever for us to rally support behind funding our local journalism. You can help by participating in our "I Support" program, allowing us to keep offering readers access to our incisive coverage of local news, food and culture with no paywalls.
Make a one-time donation today for as little as $1.