The VOID Lets You See, Shoot and Smell Star Wars in a Hyper Realistic VR Game 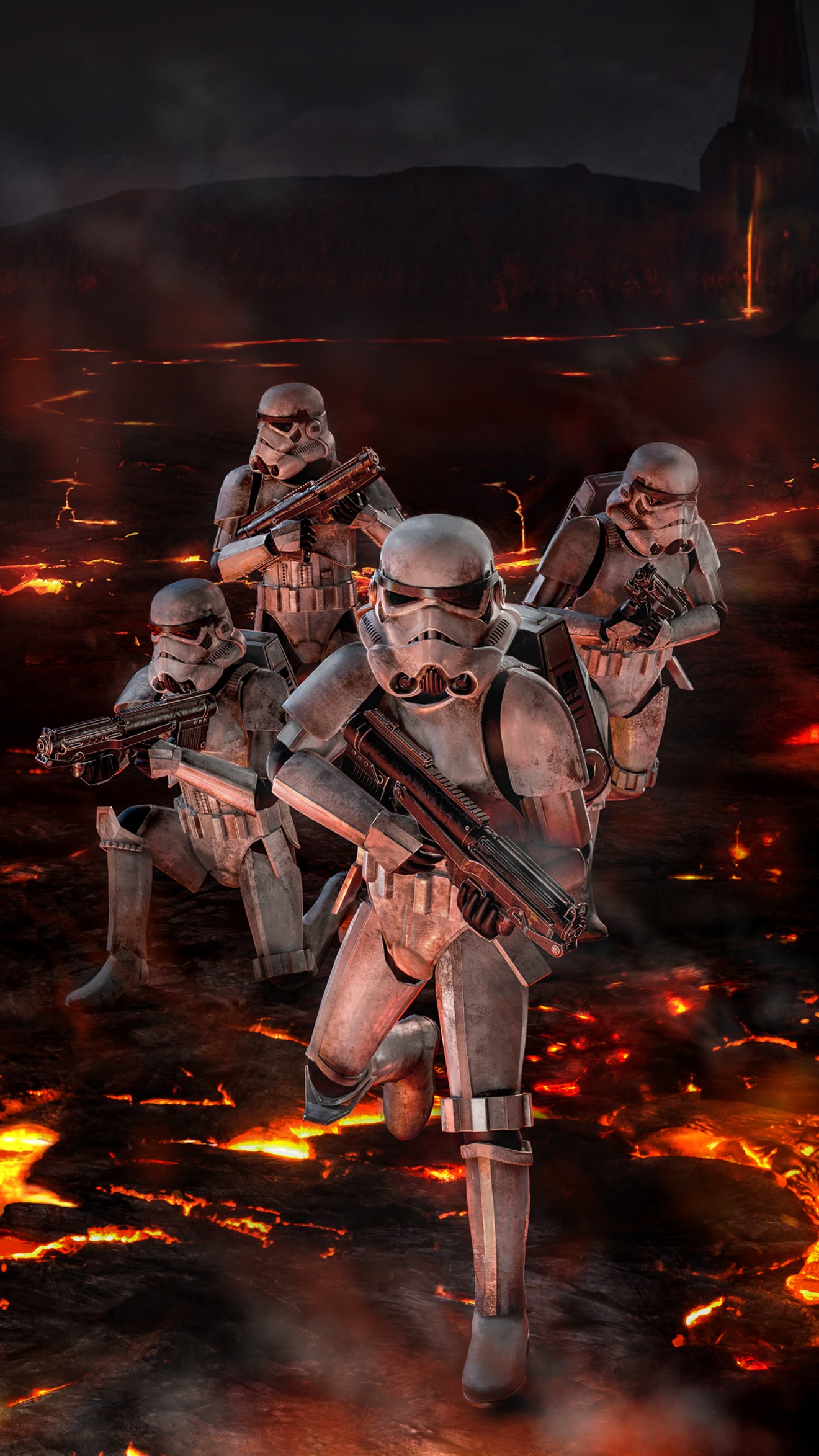 The VOID's hyper-reality experience Star Wars: Secrets of the Empire puts people on a secret mission to retrieve a mysterious artifact for the Rebel alliance using immersive video game technology. The VR company opened its first location in Texas at the Cinemark West Plano theater last Saturday. courtesy Cinemark
You know that you're wearing a headset that's projecting a movement-sensing image of a heavily fortified Imperial facility on a lava-coated planet. You know that when you move your arm or hold an imaginary rifle in front of your face that the sight of Imperial armor or E-11 blaster rifle in its place is just a digitally rendered image. Unless you're delusional, you know you're not really fighting against a wave of stormtroopers on a secret mission for the Rebel Alliance.

However, when you enter The VOID, a new "hyper-reality" virtual video game that will open its first location in Texas at Cinemark's West Plano movie theater, you tell your brain to give logic and reason a rest and take in the awesome experience of dodging laser blasts and moving through corridors while the Empire's stormtroopers are hot on your trail.

courtesy Cinemark
"I call it an 'unimagined color,'" says The VOID's chief creative officer and co-founder Curtis Hickman from the company's headquarters in Lindon, Utah. "You can't describe it. You have to see it for yourself."

The VOID and Cinemark opened the first branch in the state of its popular virtual entertainment experience last Saturday at their West Plano theater. The location launched with the immersive sci-fi adventure Star Wars: Secrets of the Empire created with the Lucasfilm Studio and Industrial Light & Magic X Lab featuring stars from 2016's Star Wars spin-off Rogue One.

"We've been trying to get into Texas for quite a while," Hickman says. "It's a big tech space especially for emerging technology and we felt like it's a natural fit for The VOID to go out there and show everyone what we're doing."

The experience takes players through the bowels of the Empire's secret facility on the hot planet of Mustafar. Players are put into the shoes of Rebel soldiers disguised as Imperial stormtroopers in order to retrieve a mysterious artifact that could give the Rebellion an edge in its war against the Empire. Employees suit you up with a reactive vest that pokes you in the torso when you're hit by stormtroopers and a virtual helmet that paints the environments over walls and floors and lets you hear everything you're traipsing through, including your teammates.

"We all remember going to see these iconic movies, and Star Wars is certainly one of those, but what would it be like if you were part of that universe?" says James Meredith, Cinemark's senior vice president of marketing and communications. "This is a premium VR experience that gives you the opportunity to be in Star Wars, something that's exciting for all ages."

Guests who experience The VOID are fitted with vests that react to the virtual environment and action. The experience also tracks each player's progress and gives them a score telling them how good they are assassinating stormtroopers following their session.
Danny Gallagher
Once you pass through the main entrance of the maze and pull the VR goggles over your eyes, you see your fellow players as walking and moving stormtroopers and the walls coated in a futuristic cover of base corridors and the hull of a Rebel junker. The first virtual character you meet besides your fellow players is the jarringly real looking and sounding K-2S0, the droll Rebellian droid voiced in the movie and The VOID experience by actor and Plano native Alan Tudyk.

He shuffles you into a spaceship heading for the Imperial base to prep you for the mission and the minute you step into the lava hot planet, you don't just see the impressive heights and interstellar horizon. You can feel it. The heat of the lava blows across your face and the wind produced by standing a moving platform can actually make the hair sticking out of your helmet move.

You can smell it. The experience reproduces smells to match the environment and action on the screen like the burnt remains of an exploded metal door.

And most impressively, you can feel it. The weapon you hold aims and fires just like a standard stormtrooper's weapon. The burnt messes you step through feel like properly sized lumps on the floors and walls. The buttons you push feel and react just the way you'd expect them to if you were furiously trying to find the right combination to close a set of blast-proof doors.

All of these sensory additions are triggered by the movements and actions of the players through a centralized system that tracks the experience, Hickman says.

"It's all intuitive and tied into one system," he says. "It's not like a 4D movie. Everything is affected by what you are doing."


The VOID has been in operation for just over two years, with seven other locations across America and three more in other countries, including Canada and the United Arab Emirates. The VOID's team have also developed other virtual experiences in that time that put players into the worlds of films like the iconic paranormal comedy Ghostbusters complete with a proton pack and a variety of pesky spooks to bust. The VOID also created an original horror story called Nicodemus: Demon of Evanishment in which players are dropped in the deteriorating remains of an 1890's Chicago World's Fair to investigate rumors about a spiritualism exhibit that helped a murderous demon cross over to our world.

Hickman says he and his team are also working on other hyper-real experiences based on Disney's Wreck-It-Ralph films and the Marvel Cinematic Universe, all of which will make their way to the West Plano theater's location.

"This is an experience that just can't be replicated at home," Meredith says. "There's nothing like it."
KEEP THE DALLAS OBSERVER FREE... Since we started the Dallas Observer, it has been defined as the free, independent voice of Dallas, and we'd like to keep it that way. With local media under siege, it's more important than ever for us to rally support behind funding our local journalism. You can help by participating in our "I Support" program, allowing us to keep offering readers access to our incisive coverage of local news, food and culture with no paywalls.
Make a one-time donation today for as little as $1.