This Season of The Real Housewives of Dallas Was Particularly Embarrassing 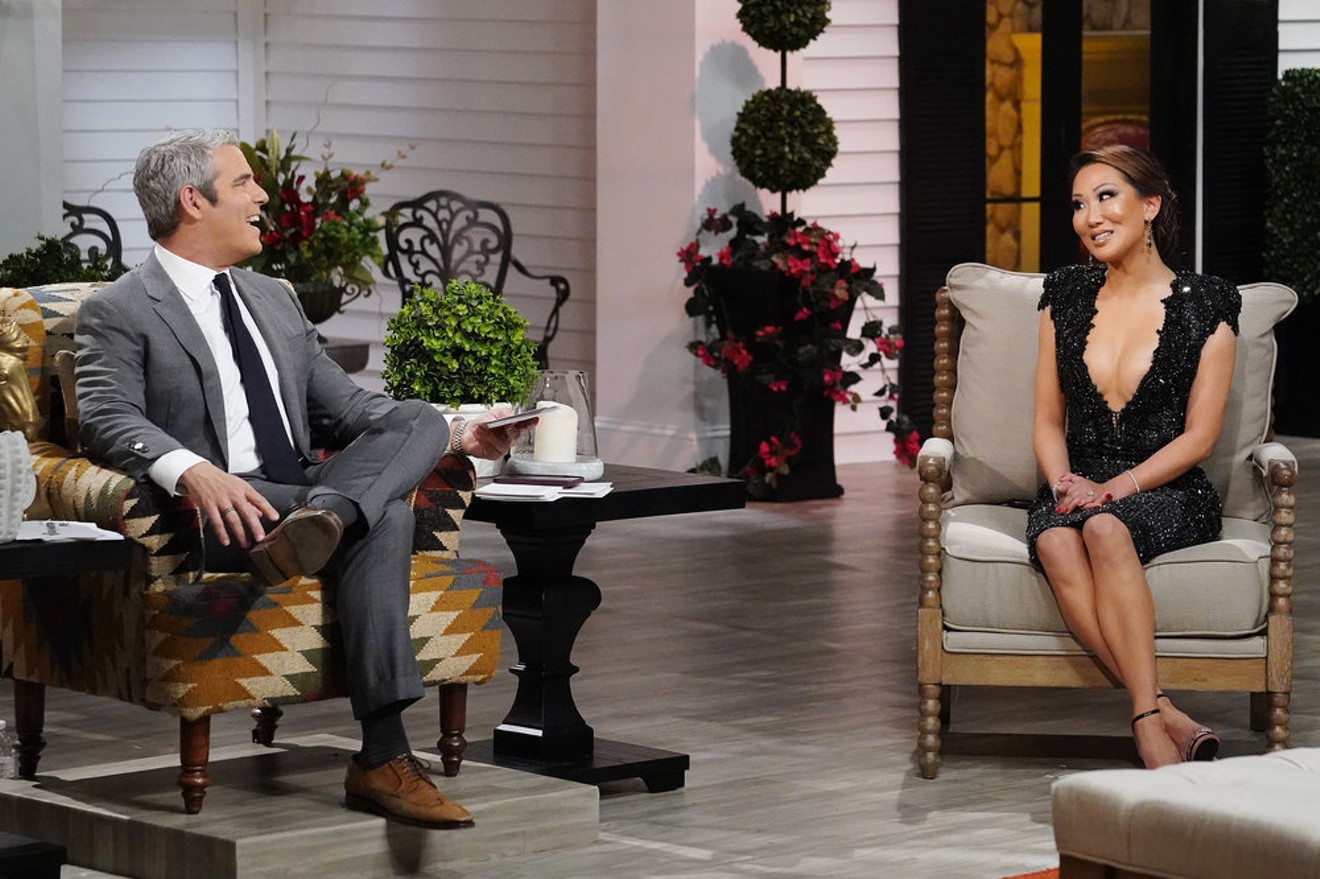 Yet Season 5, the latest in the franchise, had a racist undertone throughout the entire season. This time it was directed at Tiffany Moon, a new cast member who is Chinese, and who was brought on the show after a video of Brandi Redmond mocking Asians went viral.

The racism started early. During the second episode, Moon invited her fellow housewives to a Dim Sum brunch and asked the women to eat some chicken feet, which is a customary dish in China. Moon was met with gags and disgust.

After Moon explained to Kameron Westcott that the meal is a part of Chinese culture, Westcott said Moon was stereotyping.

"That's stereotyping your whole country right now," Westcott, who is white and from California, told Moon. "Do you realize that?"

Redmond laughed during a confessional about how stupid it is for two women to argue over chicken feet. But the argument isn't stupid. Instead, it perfectly summed up this season of RHOD. A white woman explained to a woman of color what the woman of color's culture was about.

In another episode, Moon threw a party for the women at her house, but she had some ground rules: Take off your shoes before entering the home, don't fight, and everyone has to be gone by a certain time because Moon works in the morning (Moon is a doctor and one of the few Dallas Housewives who works outside of her home). The party was criticized by the castmates for having too many rules. Westcott said the party was off "to the worst start" and the women said in confessionals that if the party has a curfew, there shouldn't be a party at all.

The complaining carried over to the next episode when each housewife told their husband about how bad the party was. Not only were the women upset about the rules, D'Andra Simmons also let Moon know that the women felt Moon was bragging when she shared that her house has nine Toto toilets.

"Stephanie and I both have Toto toilets also; we don't sit there and talk about them," Westcott said to her husband.

"I just feel like everything I do is wrong," Moon told Simmons over a FaceTime call.

The toilets were just a small part of it. During the second episode of the season, Moon gave Simmons and Stephanie Hollman a tour of her house, including her closet, but Hollman said she was put off by the tour.

"Personally, I would never bring people into my closet and brag about all my stuff and try to show off," Hollman said during a confessional.

Westcott backed up Hollman's sentiment. During an episode of Watch What Happens Live, Housewives executive producer Andy Cohen's late-night show, Westcott said it was "tacky" for Moon to show off her closet and brag about the toilets. Cohen reminded Westcott that showing off how rich you are is a standard practice in Housewives world and pretty much what they're known for.

It's something they've all done, in fact. In 2018, Hollman did exactly what she critiqued Moon for and gave Bravo a tour of her house, where she showed off her and her husband's collection of cars and — yep — her Toto toilet. The message seemed to be clear: A white woman can show off but a Chinese woman can't.


There were also several direct conversations about race. From the beginning, Moon's entry to the show felt like a setup for Redmond to address her viral video, where Redmond mocked Asians and their eyes. Even after Moon accepted Redmond's apology for the video, Redmond still confronted Moon later to say she felt like she couldn't be herself around her.

"When I decided to join this adventure with my friend, D'Andra, what it was she had sold to me was, it's fabulous, it's a group of girlfriends, we go out and party and do these antics," Moon told Vice. "Of course, she said all of that before COVID. I never thought that we would be tackling issues such as racism and inequality on a show such as this. I thought it was supposed to be fun and fluffy."

The worst transgressions came from Westcott, however. On Watch What Happens Live, Westcott called Moon "bossy" and, Moon said, compared her to a Thai sex worker. (Wescott wrote in a since-deleted tweet that she was not comparing Moon to the sex workers but to other cast members who were bossy when the cast went to a sex show in Thailand, People magazine reported.) She meant Moon was "bossy" like other cast members from a previous epsicThen during the first episode of the season's reunion, Westcott told Moon that Moon's comical TikToks about Moon's mom was racist toward her own race.

“So explain to me how I’m being racist about my own race again," Moon responded. "I didn’t quite catch that.”


After Locken derogatorily called Brittingham a Mexican during season five and the other women said Locken was racist, Locken didn't return for this season (It's still unclear if she was fired or not). The new season's racism isn't as blatant as its been in the past, but it's still there. And while The Real Housewives of Dallas has rightfully faced criticism for not casting any Black women, these out-of-touch white women might be the perfect reflection of Highland Park's race problem.
KEEP THE DALLAS OBSERVER FREE... Since we started the Dallas Observer, it has been defined as the free, independent voice of Dallas, and we'd like to keep it that way. With local media under siege, it's more important than ever for us to rally support behind funding our local journalism. You can help by participating in our "I Support" program, allowing us to keep offering readers access to our incisive coverage of local news, food and culture with no paywalls.
Make a one-time donation today for as little as $1.