The Next Solar Eclipse in 2024 Could Be Rangers Opening Day 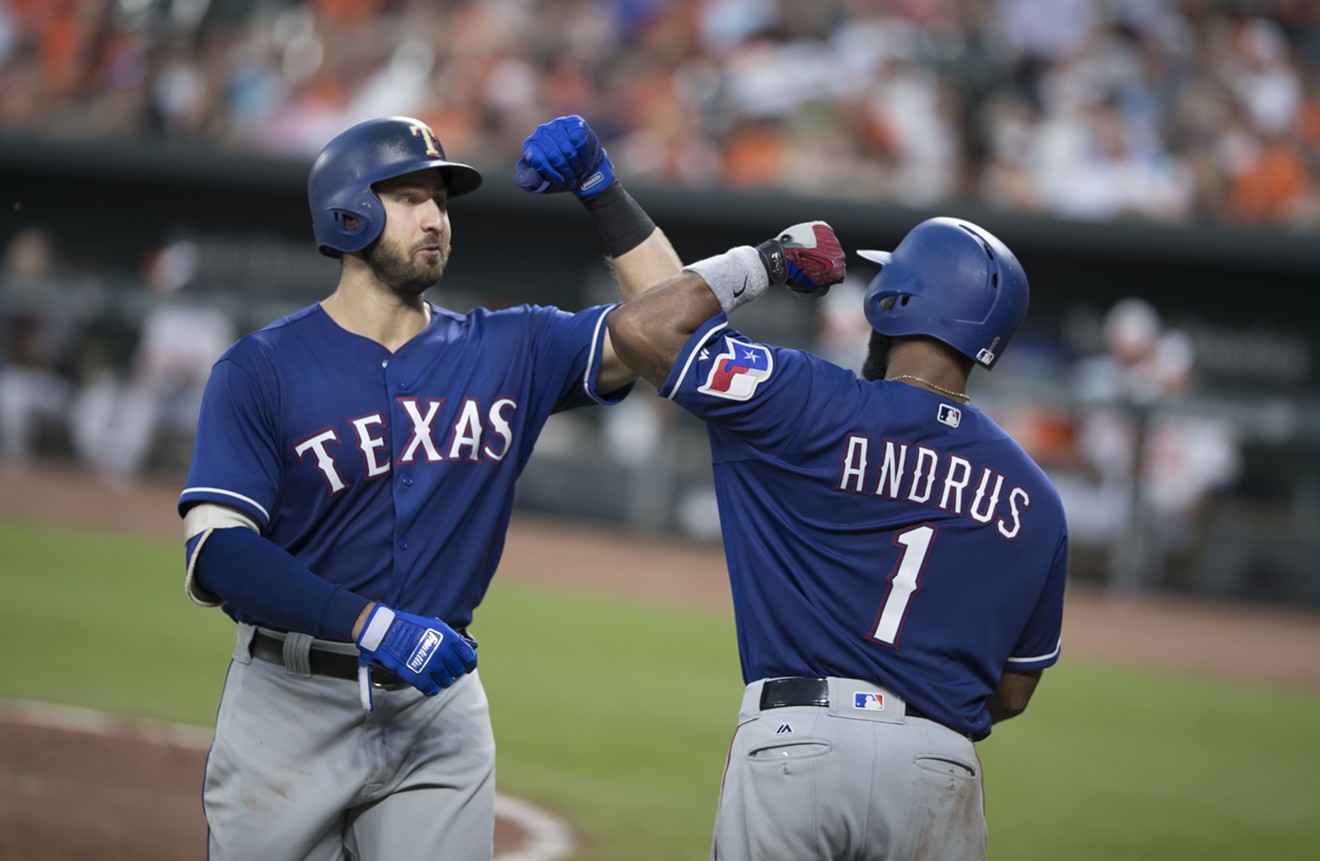 Chuck Morgan, executive vice president of ballpark entertainment for the Rangers, says Joey Gallo (left) could hit a "moonshot" on opening day in 2024. Wikimedia Commons
People who live in or traveled to the path of totality for Monday's solar eclipse reported being awestruck by the event. Some were brought to tears. Meanwhile, others who watched from North Texas and made the effort to construct a cereal-box viewer or buy NASA-approved glasses found themselves unimpressed. Here, the moon only covered 75 percent of the sun.

Good news: Dallas will be in the path of totality for the next solar eclipse on April 8, 2024, giving North Texans the opportunity to see what all the fuss is about firsthand. And for baseball fans, it has the potential to be a doubly special day: It could be Rangers opening day.

The MLB season normally starts in the beginning of April. Since the Rangers moved to Arlington in 1972, Rangers opening day — or home opener if they started the season on the road — has been as early as March 31 (in 1998 against the Chicago White Sox) and as late as April 21 (in 1972 against the California Angels). So it's not out of the question that it could fall on April 8 in 2024.

Rangers opening day 2024 won't be announced until the end of the 2023 season, but Rangers PA announcer and executive vice president of ballpark entertainment Chuck Morgan says "a 30-year-old [Joey] Gallo could certainly hit a moonshot."

Morgan believes the two events' combination could open up new opportunities for marketing and dad jokes. “Maybe we request that we play the Tampa Bay Rays that day,” he says.

The only other city with an MLB team that will be in the path of totality in 2024 is Cleveland, so there’s a decent chance the Rangers could see their request granted by MLB.

Of course, by 2024, the Rangers will be playing in their new stadium — to be named Globe Life Field. It's going to have a retractable roof.