Meta TV: Pandemic-Themed Series and Movies You Can Binge-Watch on Netflix 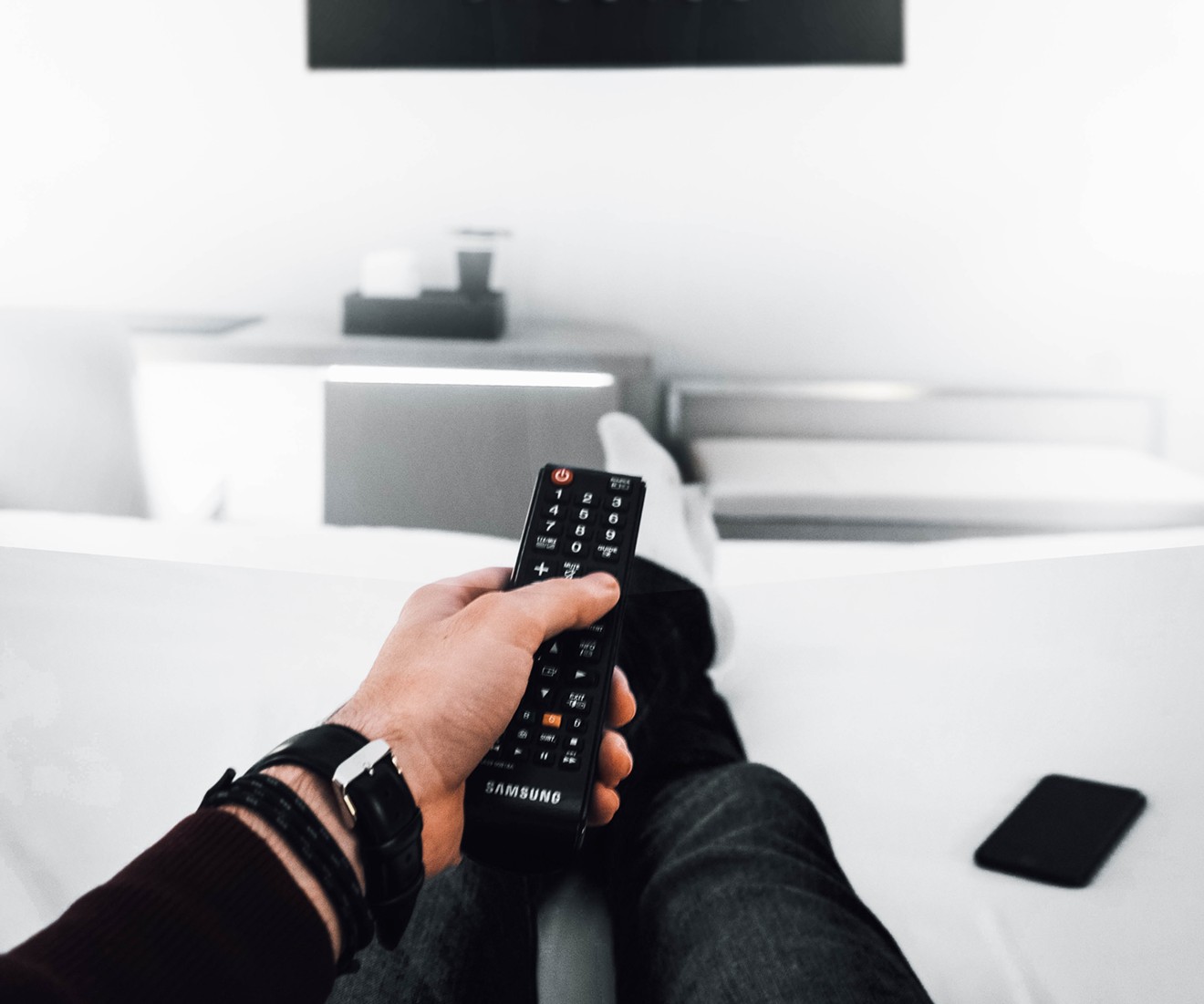 The fear of infection evidently draws huge streams. On March 1, Netflix rolled out its abundance of new monthly film selections, which included the 1995 thriller Outbreak, a race-against-time film about a deadly virus attacking a small town, starring Dustin Hoffman and Cuba Gooding Jr. Until now, the film has never been related to huge numbers but is currently the fourth most popular film on the streaming giant — and this is all thanks to the close similarity to a real-life virus sweeping the world.

The coronavirus pandemic has virtually shut down Dallas, and as we sit in self-quarantine, we can watch art imitate life in the deadly virus film genre on the small screen. And with a potential several months of quarantine ahead, we recommend a full catalog of infection-centric films ranging from comedy, documentary and suspense. For your enjoyment, we’ve compiled a complete list of infection-based films and virus-centric thrillers available now on Netflix. Grab some takeout while you're at it.

Outbreak (1995)
The thrilling drama about a government-orchestrated infection takes over a California town and is poised to ascend to a nationwide epidemic. The film’s horror comes in the real-life similarity of how easily and quickly a deadly virus can spread in literal matters of minutes through coughing and uncovered sneezing. The film features an all-star cast of award-winners like Morgan Freeman, Rene Russo, Dustin Hoffman, Kevin Spacey and Cuba Gooding Jr.

Containment (2016)
The canceled CW show starring Chris Wood (Supergirl) saw a resurgence for its resemblance to the hugely successful zombie series The Walking Dead. Based in Atlanta, survivors are forced to not only fight for their lives constantly but to live cut off from the rest of the world in isolated quarantine overrun by the undead. Not as horrific as TWD, the 13-episode series is an acquired taste because of its Saturday morning appeal and family vibe.

Pandemic (2020)
The coronavirus isn’t the only global outbreak we need to fear. In this new Netflix docuseries, we meet the brave men and women on the front lines of potentially global pandemics on a daily basis, exploring every precautionary measure to prevent an outbreak. This is possibly the most important documentary you should watch during the looming fear of an actual outbreak occurring. The series delivers an extensive breakdown on how a viral outbreak begins, spreads and the cures being developed to combat the dangers. It’s informative. It’s frightening. It’s unbelievable.
Bird Box (2018)
An instant classic, the Netflix original starring Sandra Bullock is a sci-fi horror movie about an airborne virus that instantly throws the world into the apocalypse. Filled with jump-scares and blinding terror, the film has many twists and turns as survivors search for long-lasting refuge in a secluded compound world away. Bird Box won an MTV Movie Award for “Most Frightened Performance” and features platinum-selling recording artist Machine Gun Kelly and comedian Lil Rel Howery.
93 Days (2016)
This Nigerian thriller depicts the true story of the 2014 Ebola outbreak in Lagos. Written by Paul Rowlston and starring Danny Glover, 93 Days retells the successful self-containment of the deadly virus that infected 21 million people in Africa to a single hospital with the combined help of an extraordinary medical staff.

Carriers (2009)
The psychological drama starring Chris Pine is about a massive infection spread sweeping the globe. A band of friends journey across the desert to avoid the pandemic, only to find out that there is an even deadlier terror chasing them in the darkest parts of the mind. The suspense comes in discovering the true nature of a human being in times of despair. If you're in need of something more than your average rampaging-zombie flick, then this in-depth thriller is perfect for you.
The Walking Dead (2010-2019)
The Walking Dead is an ongoing comic book-inspired zombie juggernaut that’s so popular, it spawned its own universe of spinoffs, a talk show and forthcoming feature films. The AMC series, in its 10th season, birthed a culture of deadly virus TV after providing us with some of the most shocking moments in television history. After a widespread outbreak, the series follows groups of survivors as they navigate through the post-apocalyptic world filled with imminent dangers both undead and alive. The series personifies the meaning of the word "unpredictable." The show has made stars out of actors like Andrew Lincoln, Norman Reedus, Steven Yeun and Danai Gurira.
Resident Evil: Extinction, Afterlife, Apocalypse (2002-2016)
Starring Milla Jovovich and based on the popular Capcom video game franchise, this sci-fi horror installment of the Resident Evil franchise tells the story of a group of survivors trying to take down a pharmaceutical corporation that unleashed a deadly bio-weapon on the world that turns the entire population of the fictional Raccoon City into the undead. As Jovovich, who plays protagonist Alice, and a group of trained mercenaries, including well-known actors Mike Epps, Michelle Rodriguez and singer-songwriter Ashanti, fight off infection, they uncover the fact that the deadly virus isn’t the only thing the corporation has unleashed. All three films are action-packed thrill rides from beginning to end.

Cargo (2017)
Another zombie-fied Netflix original, the Australian post-apocalyptic horror movie is as heartfelt as it is terrifying. Black Panther’s Martin Freeman plays Andy Rose, a protective father with an infant, trying to survive an overrun zombie outback. The plot thickens when Rose is infected and desperately searches for sanctuary for the baby he will eventually have to leave behind. The film will keep you guessing all the way until the end.

Chernobyl Diaries (2012)
The international disaster thriller Chernobyl Diaries is about a group of adventurers who get more than they bargained for when they trespass on an abandoned Ukraine nuclear power plant. Searching for answers, the group quickly realizes they are most certainly not alone. With gory scares at every turn, this overseas biohazard fright will have you sticking stateside no matter how low international airline tickets become.

Black Summer (2019)
A Z Nation spinoff starring Jamie King, the Netflix series follows a special forces team as they battle with a legion of zombies during the dawn of the apocalypse. It's a binge-worthy series that is well-balanced in its themes of compassion and nobility just as much as its  focus on fear and despair.
Here Alone (2016)
Isolated, hungry and alone in a decimated society filled with infected zombies, a young woman, played by Lucy Walters, must defy the odds to survive, battling not only zombies but nature itself. The film differentiates from the normal zombie thriller with its compelling psychological approach. Walters is a strong lead in a credible, intense and emotional story.

Io (2019)
Starring Anthony Mackie of Marvel’s Captain America fame, this great escape Netflix film follows a young scientist and hopeless stranger as they try to save a dying Earth. And with only 48 hours left before inhabitation, the two must put aside their differences and find a solution that will restart civilization. The environmental terror will leave you questioning what you would do in a similar situation.
Cabin Fever (2016)
Zombies not your thing? Here is a highly recommended horror classic — which has seen many remakes — that tells the story of five friends vacationing in the woods when they are threatened by a flesh-eating virus. Written by popular horror director Eli Roth (Hostel), this remake delivers the same plot of realistic terror, scabbing gore and shock value that made the original the cult classic it is today.

Z Nation (2014- 2018)
Z Nation is a kid-friendly series about a hilarious team of survivors transporting a world-saving vaccine cross-country in a desolate post-apocalyptic society. The comedy series’ unknown cast fight off hordes of mindless, flesh-eating zombies using antics and weaponry that won't fail to make you laugh. If you're looking for some fantasy and comic relief to go with your quarantine, this five-season Syfy Network series is just for you.

Ravenous (1999)
An artistic and emotional thriller about a remote village terrorized by a mysterious plague, the film embarks on a completely different direction from the average zombie film, where survival is both physical and mental. The film is unique thanks to its nontraditional intensity, plot and ending. Its relatable realism makes the film one of the creepiest films you will ever see.
Train to Busan (2016)
Often acknowledged as one of the best zombie films ever made, in Train to Busan a South Korean father-daughter duo must survive a train filled with infected passengers. Worlds away from their destination and with the world around them rapidly crumbling, we see the extraordinary lengths a father is willing to go to keep his daughter safe, and save the day. Filled with some of the best horror scenes you'll ever watch, Train to Busan is everything you look for in an awesome zombie film.

The Rain (2018)
The international coming-of-age drama is about a post-dystopian society in which a group of survivors must figure out how to stay alive in a world where an entire remnant of civilization is wiped out. And while society as we know it is no longer, the virus that caused this extinction is only more dangerous as it comes from the sky. Unpredictable, unstoppable and unknown, this two-season series will have you addicted instantly.
Kingdom (2019)
The heart-pounding supernatural series battles horror on multiple levels as a young prince combats a rising of the undead wreaking havoc throughout the land. What makes this period piece even more interesting is the evil scheme brewing, attempting to destroy the young prince. The first season debuted to rave reviews for its political conspiracy plot lines, fast-paced, outstanding traditional fight scenes and nightmarish fear factor.
Between (2015-16)
The short-lived Netflix original series stars Disney alum Wiley Day. The Canadian survival drama tells the riveting story of a pair of recent high school graduates trying to reclaim a sense of normalcy during a mysterious outbreak that kills everyone over the age of 21. While exploring the causes of the virus and how to revert it, the community of rebellious youngsters must figure out how to function as a community, making for an intriguing approach on the apocalypse we haven’t seen since the classic Lord of the Flies. With power struggles, fear, mystery and teenage hormones, this two-season series leaves much to debate on how today’s youth would handle a widespread pandemic.