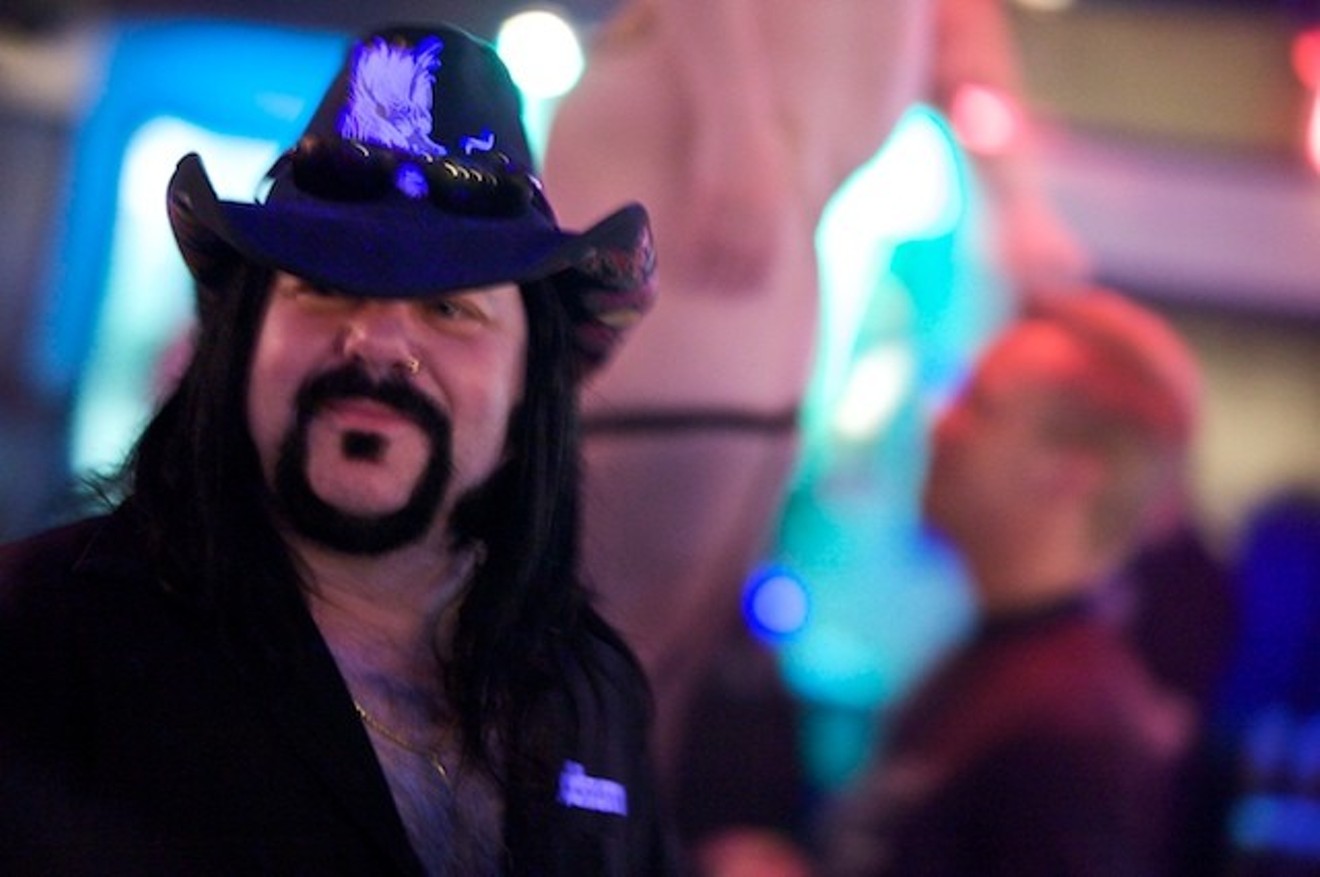 North Texas has lost an iconic rock star. Pantera/Hellyeah drummer Vinnie Paul Abbott died in his sleep at the age of 54, according to Billboard.

Abbott’s representatives confirmed his death to the music magazine, but no official cause of death was given. The Las Vegas Review-Journal reported that Abbott suffered a “major heart attack,” according to its sources.

He was born March 11, 1964, in Abilene to Carolyn and Jerry Abbott, a country musician and producer. He learned drums at an early age, according to The Guardian, and later attended Arlington High School with his brother.

The band’s fourth album, Power Metal, saw the beginning stages of its morphing into a thrashier groove metal, and it soon signed to Atco Records and recorded its breakthrough success, 1990’s Cowboys From Hell.

Pantera went on to sell more than 9.1 million albums, according to Neilson SoundScan, and record four more monumental albums, including 1992’s Vulgar Display of Power and 1994’s Far Beyond Driven. The latter debuted at No. 1 on Billboard’s Top 200 chart.

“[Both Abbott brothers] had a genius-level sense of timing and rhythm," says Kerry Crafton, an instructor and director of operations at Mediatech Institute who worked with the Abbotts at now-defunct Goodnight Audio. “The way they locked together when they performed is unmatched, and they did it on so many legendary records.”

After the breakup of Pantera, the Abbott brothers went on to form another North Texas-based band, Damageplan. That band was short-lived, however; Dimebag was shot and killed while performing onstage in 2004.

“Vinnie Paul taught a generation of metalheads about the power of a great groove," he says. "Beyond that, he was a beacon of positivity in the metal community.”

“Vinnie Paul taught a generation of metalheads about the power of a great groove." –Robert Pasbani


The brothers were known for their partying and wild antics. There was a longstanding rumor that a professional hockey player once threw the Dallas Stars’ 1999 Stanley Cup trophy off the roof of Vinnie Paul Abbott's Arlington home.

Abbott confirmed the rumor when he told Hooked on Hockey magazine, “It really got dented when Guy Carbonneau threw it off my balcony into my pool.”

Abbott was performing in the metal supergroup Hellyeah at the time of his death, which he formed in 2006 with Mudvayne vocalist Chad Grey and Nothingface guitarist Tom Maxwell.

“He was first class with a heart of gold," Kelly says. "He was loved by all who knew him as [well as] those who had just met him for a minute. This isn’t even addressing how incredibly talented of a drummer he was. He had a big impact on my playing. The tour that Type O did with Pantera in 1995 was absolutely incredible. Those memories will last a lifetime, and I’m honored to have them.”

Rex Brown, Abbott’s former bandmate, took to Facebook to express his grief by saying, “The last few days have been very difficult and painful. At this time, I need more time to process my feelings. Thank you for all the love that has been sent. A formal press release is coming shortly. Rest In Peace Brother Vinnie!”

According to TMZ, Abbott will be buried in Texas alongside his mother and brother.

In 2013, in response to a question regarding what album he’d play at his funeral, Abbott said, “I’d really want to choose an album was a goddamn good time, like fuckin’ Guns N’ Roses. I’d want people to celebrate what we’ve done and the fact that we’d have a great life. I wouldn’t want my funeral to be a sad, sappy thing.”
KEEP THE DALLAS OBSERVER FREE... Since we started the Dallas Observer, it has been defined as the free, independent voice of Dallas, and we'd like to keep it that way. With local media under siege, it's more important than ever for us to rally support behind funding our local journalism. You can help by participating in our "I Support" program, allowing us to keep offering readers access to our incisive coverage of local news, food and culture with no paywalls.
Make a one-time donation today for as little as $1.