10 Texas Celebrities Who Should Seek Office 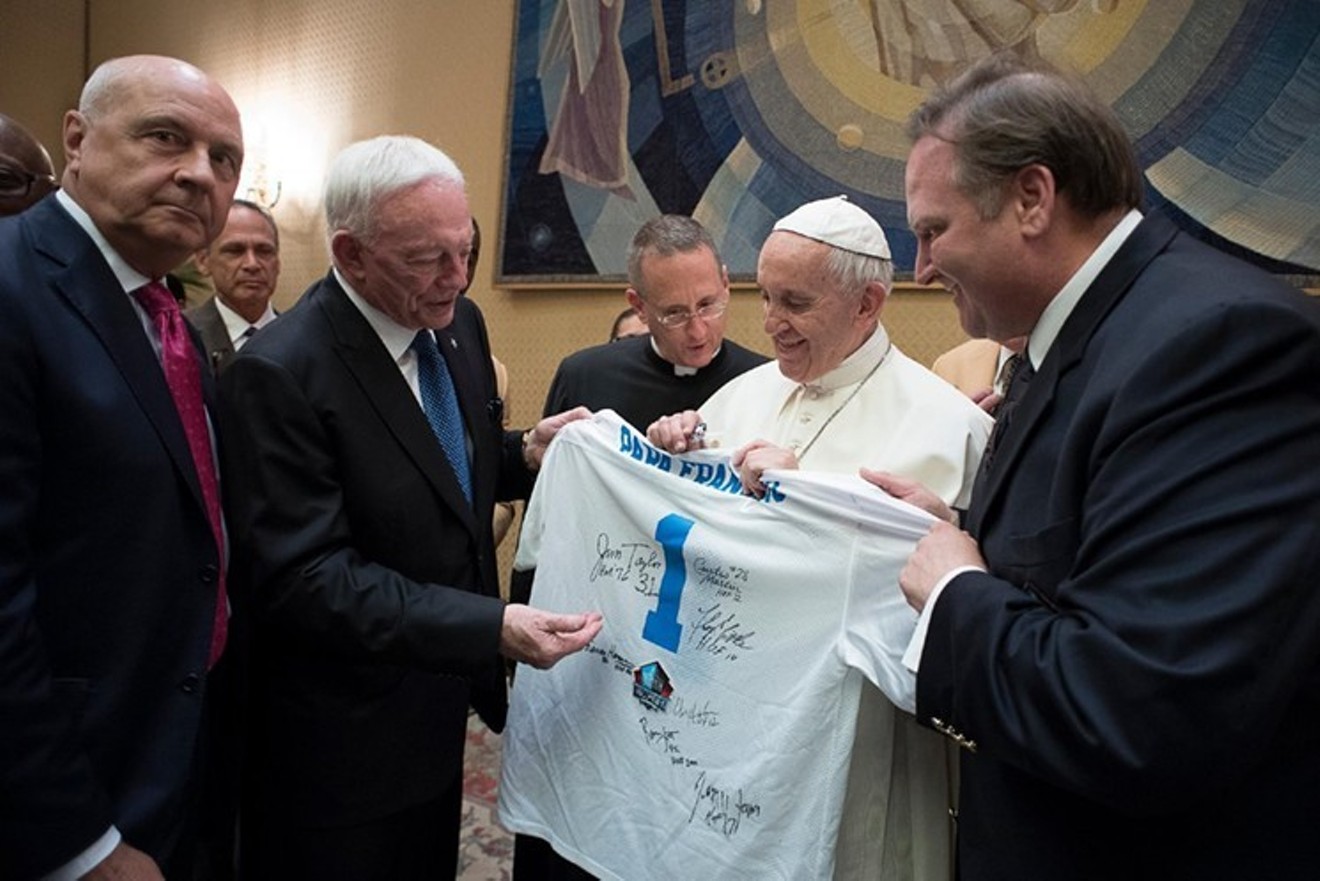 It's not as crazy as it sounds. Nixon's a lifelong New York resident with a long history of supporting LGBTQ and public education causes. She has the support of Zephyr Teachout, a college professor and activist who won nearly a third of the vote from Cuomo during the 2014 gubernatorial primary, and there's room to run to the centrist Cuomo's left. Nixon's campaign is a long shot, but it isn't quixotic.

During the hubbub surrounding Nixon's announcement, we at the Observer started thinking about which Texas celebrities we'd enjoy seeing in office. Here are 10 that made the completely noncomprehensive list.


1. Tommy Lee Jones (U.S. Senate)
One of the easiest names to put on this list, Tommy Lee Jones spurned Texas Democrats in 2012 when they asked him to run for Senate. The San Saba native and St. Mark's graduate has the rugged charm Texans love, smart views on border security — he once called the idea of a border fence "fascist madness" — and questionable views on the environment, which should help him appeal to Republicans. Texas could do worse than Al Gore's Harvard roommate. 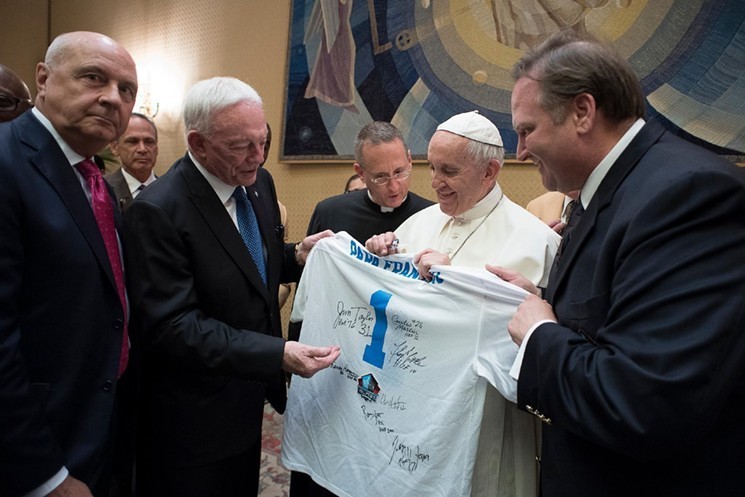 Jerry Jones visited the Vatican in 2017.
Pro Football Hall of Fame
2. Jerry Jones (ambassador to the Vatican)
Cowboys owner and general manager Jerry Jones, as evidenced by his two decades of inability to assemble a roster capable of winning in the playoffs, shouldn't be allowed to make any decisions that might actually affect people's lives. That doesn't mean getting him as far away from the Cowboys as possible isn't a good idea. Jones has plenty of experience — namely, a 2017 trip to visit Pope Francis — for a harmless gig like ambassador to the Vatican.

[image-10] 3. Melinda Gates (Texas education commissioner)
Let's allow Ursuline Academy grad Melinda Gates, one of the world's best fundraisers and biggest proponents of science, technology, engineering, arts and mathematics education for girls, to head up the state's public school system. Sure, the state's public schools could turn into a technocratic nightmare, but is that really that much worse than things are now? 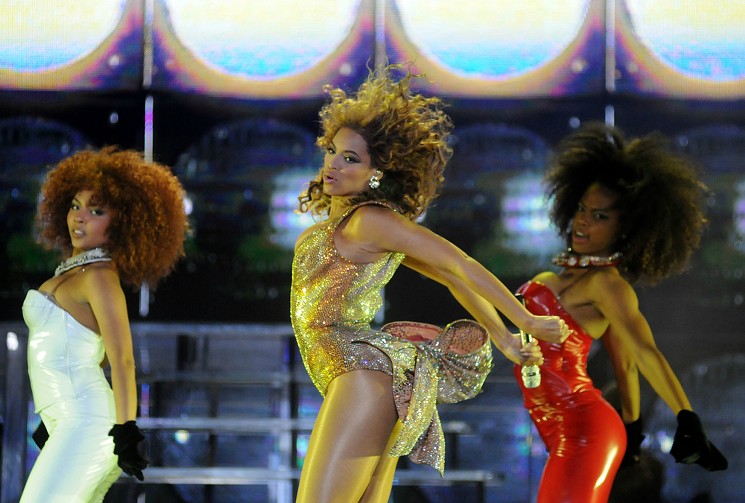 Gov. Beyoncé has a nice ring to it.
Shutterstock
4. Beyoncé (governor)
The Texas governor's main responsibilities, much like those of Dallas' mayor, are agenda setting and serving as the state's ambassador to the world at large. The state already has no better ambassador than Houston native Beyoncé, so let's give her the official job. As far as the agenda setting part goes, at least Gov. Beyoncé won't bog down an entire legislative session pushing for a discriminatory bathroom bill she doesn't really want to sign. 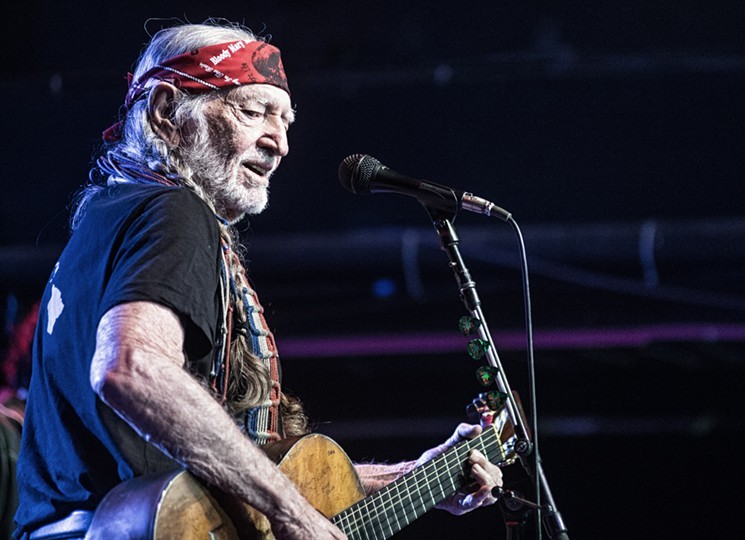 6. Nolan Ryan (Texas agriculture commissioner)
The Ryan Express, one of two Republicans on this list along with Jerry Jones, has a thriving beef business, has plenty of experience in the state and was prescient enough to endorse David Dewhurst over Ted Cruz in the 2012 Texas Republican Senate primary. However he chooses to attack the job, he'll be more effective and far less embarrassing than current Ag Commissioner Sid Miller, the clown prince of state politics.

Melinda Gates
World Economic Forum via WikiCommons
7. Eva Longoria (Texas secretary of state)
In 2014, Eva Longoria, a Corpus Christi native, created the Latino Victory Project, a nonprofit built to turn out Latino and Latina voters and help Latinos and Latinas to run for office. As secretary of state, Longoria could increase voter education and participation throughout the state, something Texas sorely needs.

8. Robin Wright (lieutenant governor)
Dallas native Robin Wright, at least on Netflix's House of Cards, bullied her way from House majority whip's wife to president of the United States — perfect experience for taking on Texas' roughest political job. She'd have the state Senate whipped into shape in no time. 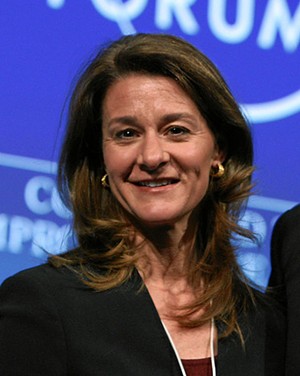 Melinda Gates
World Economic Forum via WikiCommons
9. St. Vincent, aka Annie Clark (U.S. representative for the 32nd District of Texas)
While the intensely private Annie Clark has revealed little about her private life, politics or otherwise, during her decade-plus as one of the Earth's best guitarists and songwriters, it'd be excellent to see the look on her opponents' faces if she parachuted back into her old Lake Highlands stomping grounds to run for office. Going to one of her concerts can feel like being visited by an alien life form. That kind of energy would be something else during a political debate. 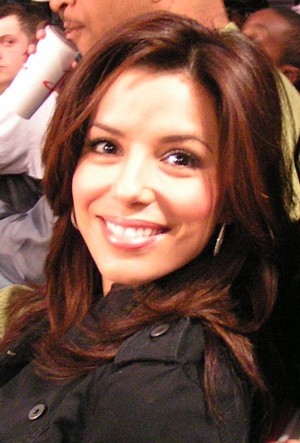 Eva Longoria
Donna Reyes
10. Bun B aka Bernard Freeman (mayor of Houston)
If Bun B ran for mayor in Houston, there's every chance he'd actually win. A member of one of the city's and state's defining rap groups, UGK, Freeman has been one of Houston's biggest cultural ambassadors for almost three decades. He's an unmissable presence at any big Houston sports event, is a dedicated food blogger, and has even taught a religion and hip-hop class at Rice University on occasion.