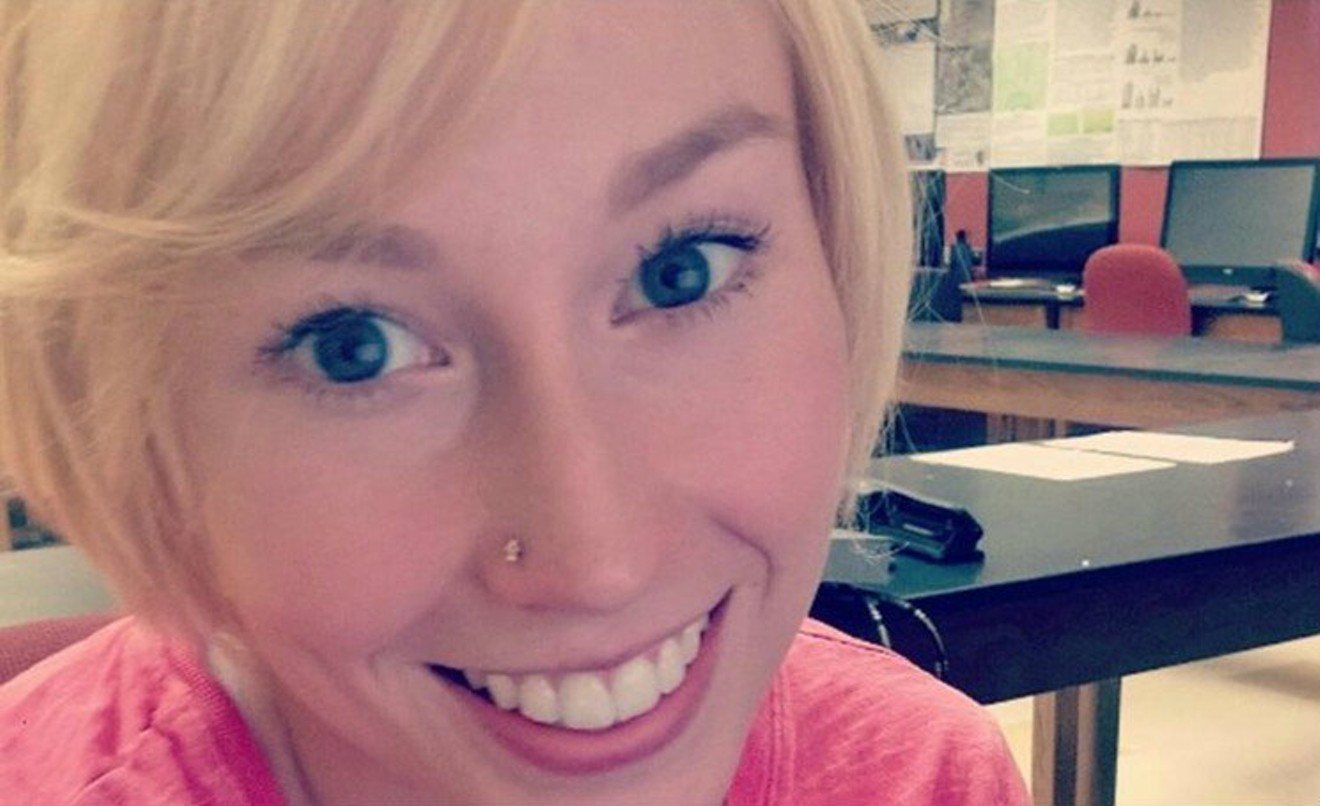 Zuzu Verk, a 22-year-old student, went missing on Oct. 12. Courtesy DPWPR
Brewster County Sheriff Ronny Dodson approached the shallow grave outside of Alpine knowing in his heart they had finally found 22-year-old Zuzu Verk, a former University of North Texas student who moved to the Alpine area to attend college. She’d been missing since the early morning of Oct. 12, and her boyfriend Robert Fabian and his friend Chris Estrada were the prime suspects in her disappearance.

Dodson wears the typical Texas lawman attire — a cowboy hat, blue jeans and boots — and talks with a drawl. He’s been serving as county sheriff for nearly two decades and hails from a family who’s been in the Brewster County area near the Mexican border since the early 1900s.

Dodson and Alpine Police Chief Russell Scown have been going out nights trying to find Verk. Scown says they’d both been thinking they would come across a scene similar to the one a U.S. Border Patrol agent found when he spotted a shallow grave in the brush on Friday outside Alpine.

Inside the grave they found the skeletal remains of Verk within thin plastic sheets like painters would use as drop cloths.

“You can imagine in the middle of the night what kind of hurry [they] were in to bury someone like they did,” Dodson told reporters at a press conference on Monday afternoon. “I mean, for one, it’s a disgrace. And to think in a shallow grave that the animals wouldn’t have dug the body up, they weren’t thinking. I guess they aren’t as smart as they think they are.”

Fabian and Estrada made enough mistakes, according to the search and arrest warrant affidavits, to give law enforcement a pretty clear picture that they were lying about what had happened to Verk. They were both arrested for tampering with or fabricating physical evidence by concealing a human corpse, a second-degree felony in Texas. 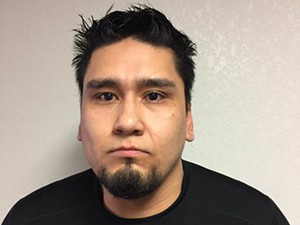 “The big one is why,” Dodson says. “Why was she killed? And exactly how? Those are the big questions right now.”

Fabian met with Alpine Police Captain Darrell Losoya and Texas Ranger Jeffrey Vajdos to discuss his relationship with Verk a couple of days after her disappearance. He says he’d been exchanging text messages throughout the day with Verk when he invited her over to his apartment for a romantic dinner and a massage later that evening. She arrived about 10 p.m.

Sometime after her arrival, they began arguing over comments Fabian had made about his ex-girlfriend. The arguing was loud enough for the neighbor to hear. The neighbor told police he got up between 1 a.m. and 2 a.m. because Fabian’s television was blaring a movie, and then he heard “unique sounds” coming from Fabian’s bed at the same time.

The neighbor fell back to sleep but woke again because Fabian was walking quickly around his apartment with the shower running.

Fabian told investigators that he escorted Verk out of his apartment and watched her leave in her car between 2 a.m. and 3 a.m. He says she said she had to go home to take care of her dog Ponyo, but Fabian remained behind at his apartment.

When investigators asked him why a neighbor would say that he saw Fabian leaving early in the morning, Fabian changed his story and said he left his apartment at 3 a.m. to drive over to the local Dairy Queen to think about his relationship with Verk. He claims when he returned, he escorted her out of the apartment, then watched her leave in her car.

But his neighbor claims that about an hour later, his girlfriend woke him because she heard a loud noise and thought someone may be breaking in. He climbed out of bed at 4 a.m. to investigate and noticed Fabian leaving alone in his Jeep and Verk’s vehicle still parked in front of the apartments. He saw it again sitting in the same spot at 10:25 a.m. “This struck [the neighbor] as unusual because [Verk] typically left early in the morning when she stayed with [Fabian],” investigators wrote in Fabian’s arrest warrant affidavit.

Fabian's friend Chris Estrada was arrested Monday afternoon for tampering with or fabricating evidence to conceal a human corpse.
Courtesy of Alpine Police
Chief Scown told reporters, “We held out hope that he would come in and voluntarily talk to us and lead us in a different direction than we ultimately ended up. He never chose to do that.”

Fabian’s friend Estrada became entangled in the matter rather quickly. Investigators claim phone records show that Fabian called Estrada shortly after 3 a.m. when Fabian told investigators he had escorted Verk out of the apartment and watched her leave in her car.

At the press conference, a reporter asked Scown if Estrada had been cooperating with investigators. “Chris’ idea of cooperation is certainly different than our idea of cooperation. His cooperation seems to come through us getting search warrants. It wasn’t something where he came in voluntarily and sat down and talked with us. We always had to seek him out.”

Estrada told investigators that he picked Fabian up from his sister’s house at 9 p.m. on the day Verk had gone missing and hung out with him until shortly after midnight. He claims they went for a cruise in his new Mustang, bought a drink at Guzzi Up and hung out at Fabian’s apartment to paint a table but never got around to painting it because they started drinking. He failed to mention they had also gone to the Dollar General store to pick up plastic painter’s drop cloths. He also didn’t know that when word that Verk was missing began to appear in headlines, Fabian told one of his other friends, “If I know a really big secret and two people know it, then the other has to be dead.”

Electronic records from Estrada’s phone verified that he did go to Fabian’s sister’s house to pick him up, that he did go to Guzzi Up for a drink and headed back over to Fabian’s. They also revealed that he had gone to the Dollar General store with Fabian and to various commercial dumpsters throughout the area between midnight and 12:20 a.m. on Thursday, Oct. 13, before he arrived at his friend Brittney Gasca’s house.

Gasca told investigators that Estrada began acting strange as soon as she let him into her home. He looked bothered to the extent it scared her. She told him that he was scaring her, and she recalls him replying, “I don’t want to get you involved. Don’t ask questions.”

But she did ask him one question: if it were anything “newsworthy.”