The Long-Standing Community Spot That Is Crown Grocery and Deli 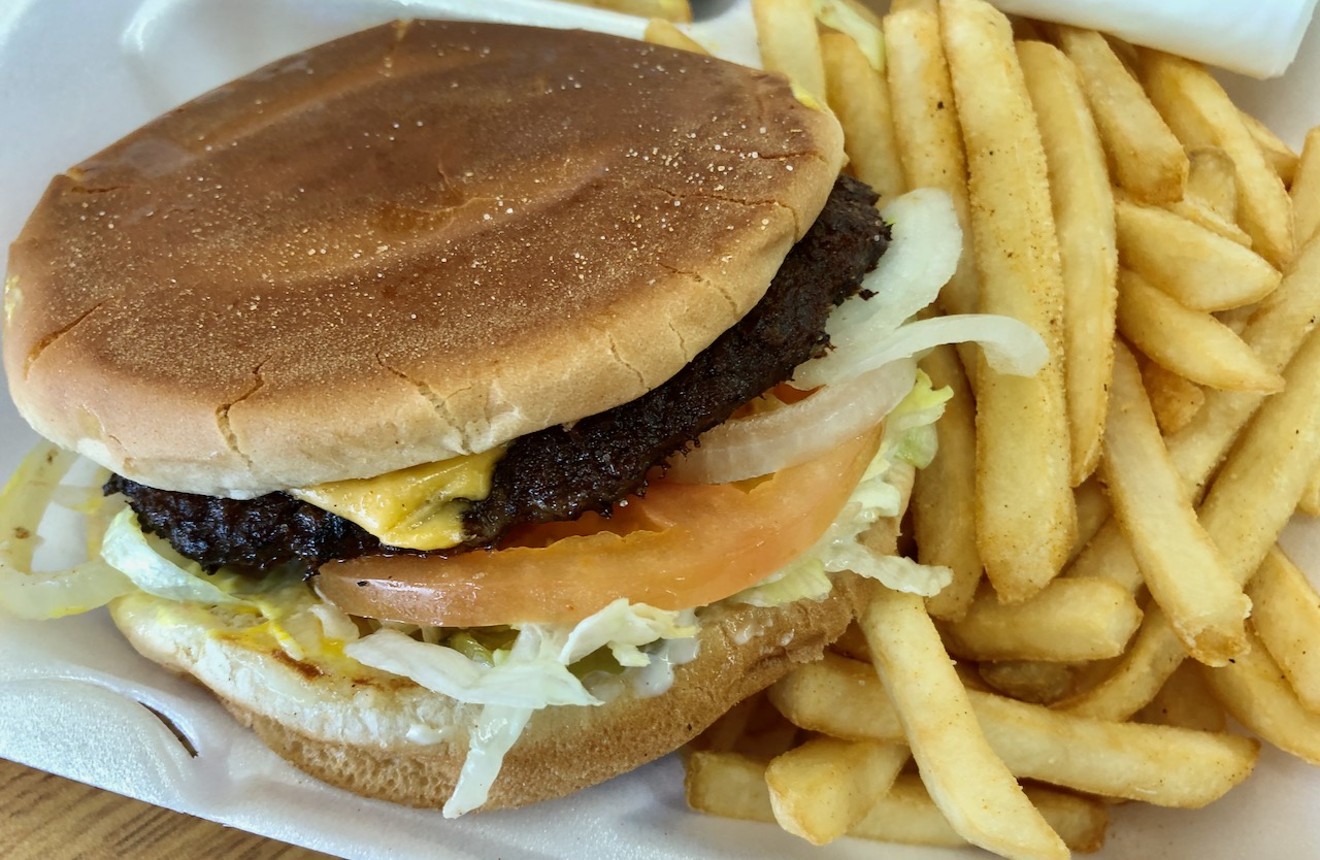 Grilled cheeseburger with seasoned fries from Crown Deli Lauren Drewes Daniels
Sometimes when I'm feeling adventurous, I’ll pull out my phone and drop a word in Google Maps, like "burger," curious to see what the algorithms want me to discover. Last week, that math/science/Big Brother code knew me better than I know myself.

Crown Grocery and Deli popped up. And it wasn’t even close to me; at least 50 other burger spots were between us. The first thing I noticed was 116 five-star reviews, most mentioning how this has been a favorite place since they were little and now they take their kids there. So, I Googled Crown Deli and typed in the word "Observer" along with it, assuming we’d already written about it.

Nope. Not only no mentions in the Observer, but none in any publications. Either we’ve been aloof, or these neighbors in Oak Cliff play their cards close to their vests. Tip o' the hat for your 30 years, but your secret is out now.

To set the stage a little more here: I've always been a fan of the simple grilled burger and the modest spots that dot neighborhoods and are supported by locals. A grill-cooked quarter-pound-ish patty with a toasted bun and fresh toppings is perfect.

Ibrahim Dalgamouni has run the Crown Grocery and Deli for 30 years, and most of the reviews mention him; the regulars adore him, and he's clearly part of the reason they keep coming back.

When I walked in at 12:45 Friday afternoon, I immediately knew why. He was standing behind the counter cooking, but when he looked up and saw me, a big, warm grin spread across his face. 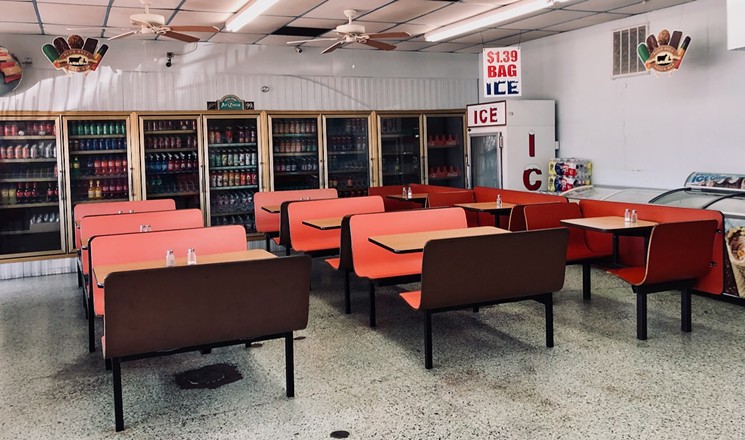 Inside of Crown Deli
Lauren Drewes Daniels
Originally, Crown Grocery and Deli was a convenience store and deli, but four years ago, Dalgamouni took out the grocery component because that side of the business just wasn’t worth it. Now there are about a dozen booths in front of the coolers and, otherwise, it’s clean and simple. There's a Blue Bell ice cream case, plus a small rack of candy and chips at the front of the store.

While I was there, another customer asked Dalgamouni how his family was doing, and he knew her order exactly — that her son didn’t like his fries seasoned, but she did. A couple of other customers popped in quickly to pick up orders they’d called in; everything is made to order, so if you're in a time crunch consider that option.

“Ninety-nine percent of my customers are regulars,” Dalgamouni said to me. “And so you come back so you can be a regular, too.”

I ordered a cheeseburger combo and handed my card over, but he only takes cash. He said he’d go ahead and start cooking my order if I wanted to run down the street to 7-Eleven to the ATM, which I did.

The menu is pretty simple; burger combo meals with the option of turkey bacon or cheese on all of them. If you're a bit hungrier, go for the double, a triple or even the Super Crown five meat. There are also grilled salmon and chicken sandwiches. To keep things a bit healthier, Dalgamouni doesn’t use any butter or oil on the grill.

A crispy chicken sandwich, chicken nuggets and a chicken strip meal round out the menu. Fries come with an optional seasoning. The buns are toasted to a nice crispness, no butter or oil, just set on the grill.

The lack of oil and butter doesn’t leave anything dry; juice ran down my hand as I was eating my cheeseburger. And I'll be back, like a regular.

Crown Grocery and Deli, 1210 Hampton Road (Oak Cliff). Open 11 a.m. to 9 p.m. Monday, Tuesday, Thursday through Sunday; closed from 1 to 3:30 p.m. Friday; closed Wednesday.
KEEP THE DALLAS OBSERVER FREE... Since we started the Dallas Observer, it has been defined as the free, independent voice of Dallas, and we'd like to keep it that way. With local media under siege, it's more important than ever for us to rally support behind funding our local journalism. You can help by participating in our "I Support" program, allowing us to keep offering readers access to our incisive coverage of local news, food and culture with no paywalls.
Make a one-time donation today for as little as $1.