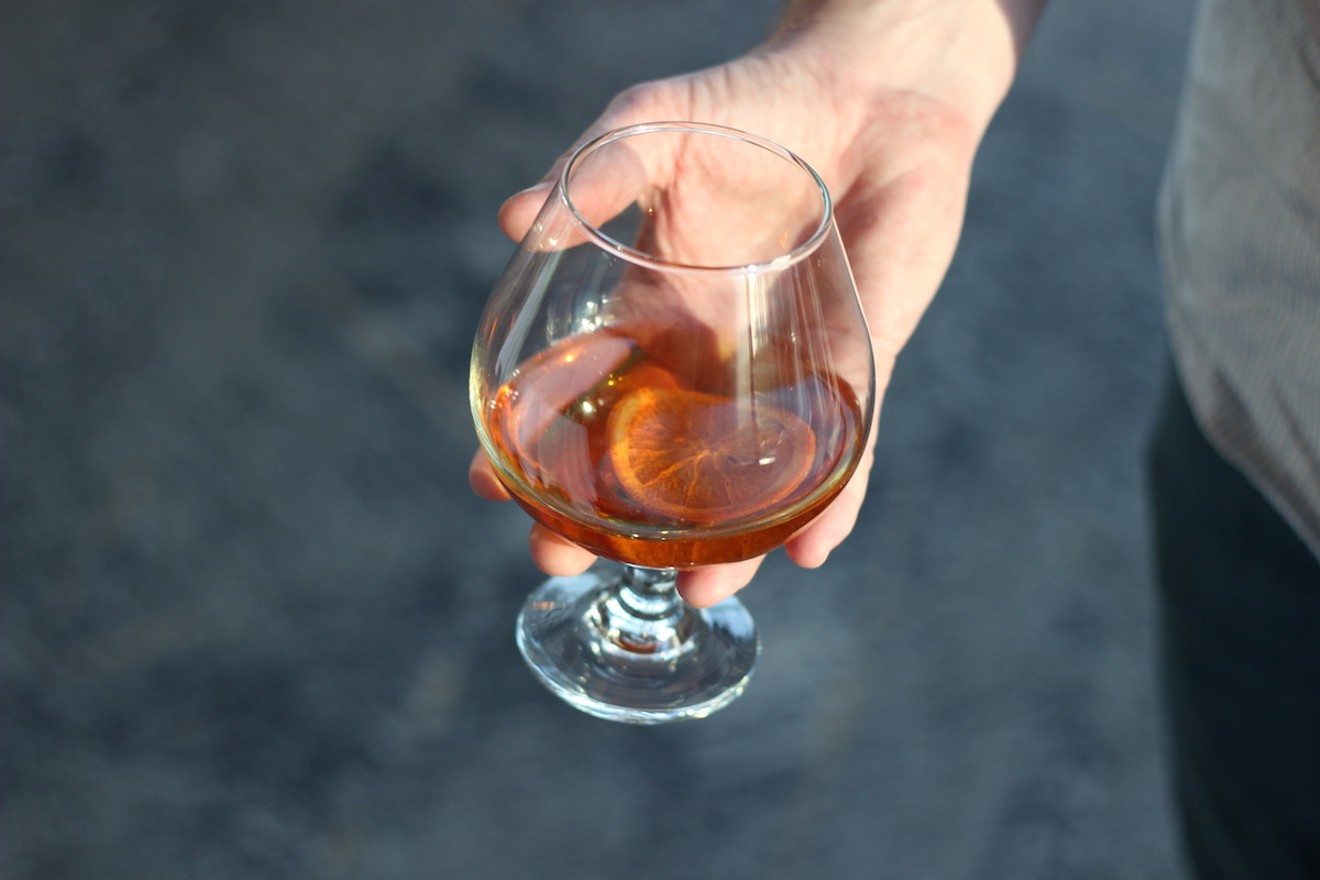 This is the Godfather of Perry's cocktails ... Susie Oszustowicz
I just got a change of address from Perry's Steakhouse, the home of Dallas' favorite porkchop. The steak and seafood mecca moved around the corner from its original McKinney Avenue location to wildly sexy new digs on Klyde Warren Park.

I was excited to see a new signature cocktail on the menu when I visited, and even more delighted that it wasn't a take on an old fashioned or a fruity vodka drink. Perry's does very well with their diverse cocktail menu and even lets you try their drinks three mini-martinis at a time, but it never hurts to have a new cocktail to choose from.

For their slant on a traditional Godfather (scotch whiskey and amaretto), they use Monkey Shoulder scotch whiskey (bright citrus and warm vanilla notes), amaretto, and the kicker, black walnut bitters for a slight cocoa flavor.

This cocktail is available for dine-in or takeout. And needless to say, it'll have you saying, "Leave the gun, take the cocktail."


Perry's Steakhouse, 2100 Olive Street (and other locations nationwide), perryssteakhouse.com
KEEP THE DALLAS OBSERVER FREE... Since we started the Dallas Observer, it has been defined as the free, independent voice of Dallas, and we'd like to keep it that way. With local media under siege, it's more important than ever for us to rally support behind funding our local journalism. You can help by participating in our "I Support" program, allowing us to keep offering readers access to our incisive coverage of local news, food and culture with no paywalls.
Make a one-time donation today for as little as $1.
Susie Oszustowicz
Contact: Susie Oszustowicz