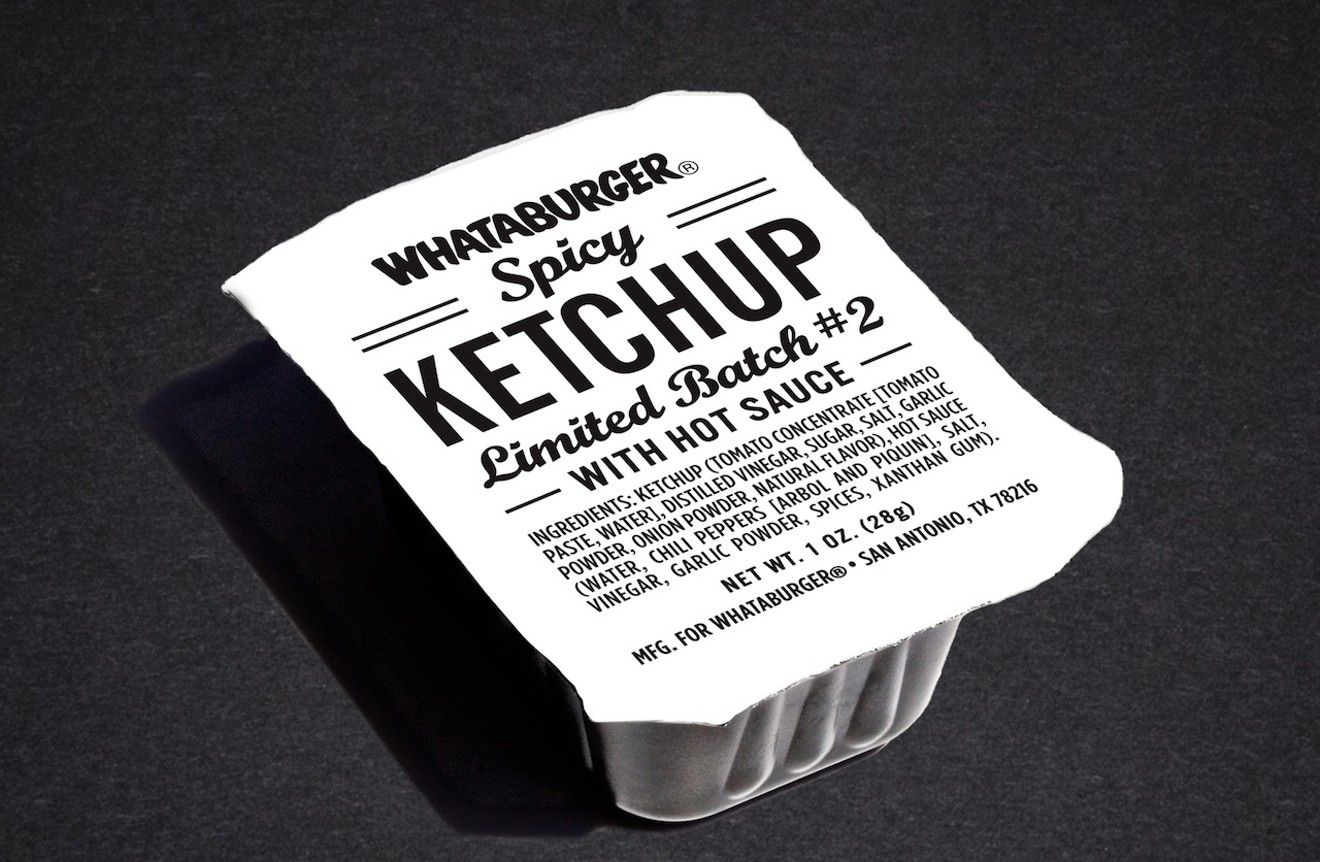 The new spicy ketchup is now in stores. Photo Courtesy of Whataburger
Whataburger is embarking on the new year with a bit of reckless sauciness. Spicy ketchup from Whataburger first became a fixation in 2012 with their first "limited-batch" offering. It was called up to the regular menu in 2013.

Now a second batch is in stores, but not for long. It too will only be around for a "limited time." Perhaps it could make the permanent roster as well, or maybe it gets laughed out of town like New Coke. But so far the reviews on Twitter are positive.

Sorry if your New Year's resolution was just blown out of the water. We like the old you anyway.

The recipe for Spicy Ketchup Limited Batch #2 (SKLB2) starts with Whataburger's signature fancy ketchup, which is then married with a hot sauce made from arbol and piquin peppers along with a blend of house spices.

According to TheSpiceHouse.com, arbol "tree" peppers are characterized by a smoky, grassy flavor with an acidic heat about six times hotter than a jalapeño. Piquin peppers are those small bright red peppers that are also notably hot.


the new spicy ketchup slaps. 10/10 the only reason to go to whataburger anymore. pic.twitter.com/lqrdhfGz4t

“As much as our customers love Whataburger Spicy Ketchup, we thought we’d treat them to a new limited-batch ketchup with a spicier, more complex taste,” Whataburger senior vice president and chief marketing officer Rich Scheffler said in a press release.

SKLB2 is only available in restaurants, not in stores like their other condiments.

In other Whataburger news, the Dr Pepper Shake and the Buffalo Ranch Chicken Strip Sandwich complete a trio of new year limited-time offers. The shake mixes vanilla ice cream with Dr Pepper syrup and largely gets mixed reviews. It's a love/hate issue, as is to be expected with anything Dr Pepperish.

The crispy chicken strip sandwich comes with two slices of Monterey Jack cheese, buttermilk ranch and Whataburger's Buffalo sauce. It's served on a regular bun, but of course, you sub Texas toast and add grilled jalapeños, right? Right.
KEEP THE DALLAS OBSERVER FREE... Since we started the Dallas Observer, it has been defined as the free, independent voice of Dallas, and we'd like to keep it that way. With local media under siege, it's more important than ever for us to rally support behind funding our local journalism. You can help by participating in our "I Support" program, allowing us to keep offering readers access to our incisive coverage of local news, food and culture with no paywalls.
Make a one-time donation today for as little as $1.