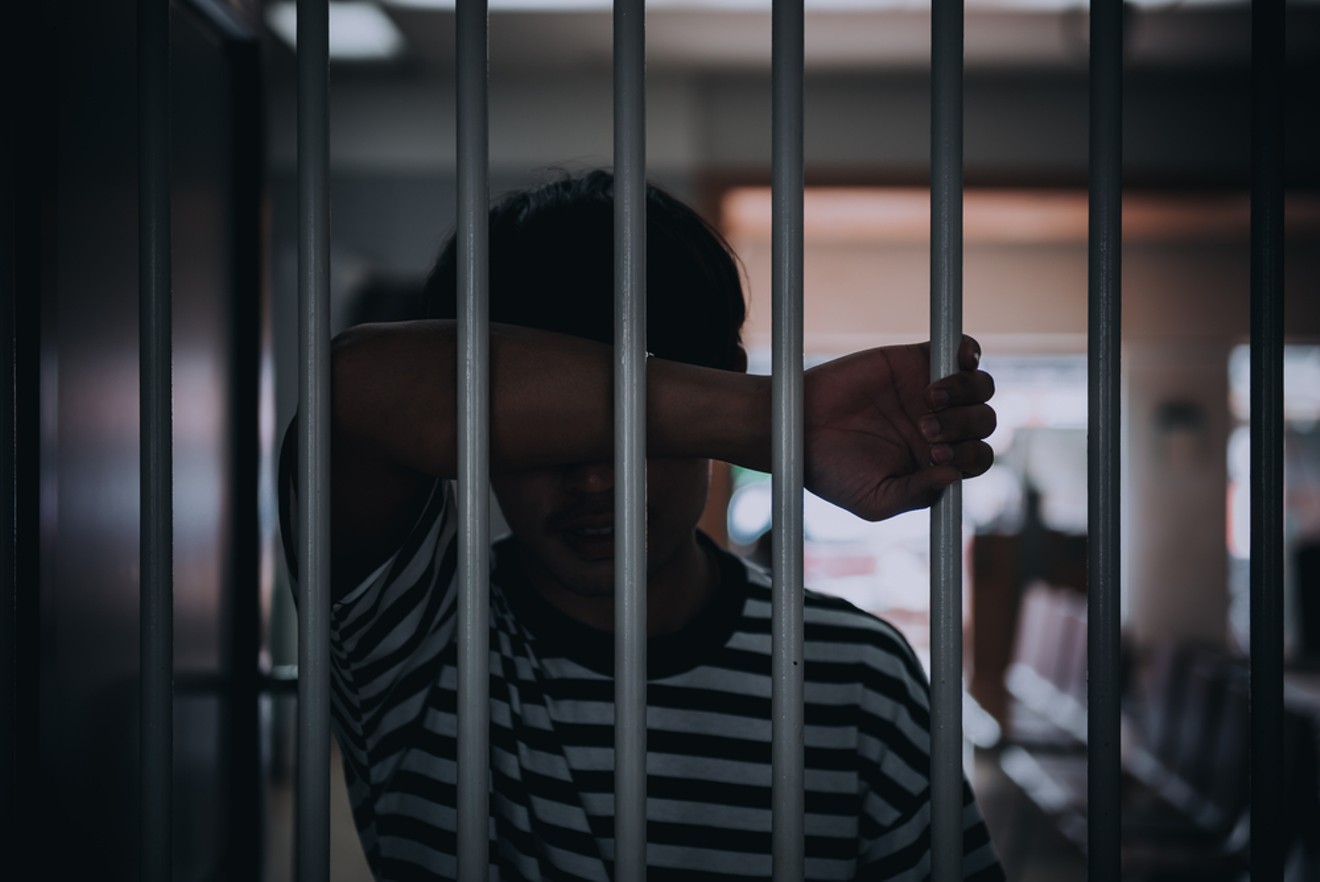 We must get beyond the notion that any cadre of Dallas school trustees has the right to hold children back in order to protect the jobs of adults. kittirat roekburi
How times have changed.The worst threat posed to poor minority kids in Dallas once came from a callous white leadership. Now poor and minority kids get shafted by a callous black Southern Dallas leadership that cares more about preserving its good-old-boy political patronage system.

And here you have a case in which a coalition of white and Hispanic board members, trying to do the right thing with support from the city’s business community, was defeated by a hard nut of black board members. That’s reprehensible-times-I-don’t-even-know-what.

Board members Lew Blackburn, Joyce Foreman and Bernadette Nutall led the effort Friday to scuttle a package of proposals that would have allowed voters to decide on special tax proposals. Those proposals would inject as much as $55 million in “racial equity” funding into schools where poor and minority kids lag behind district achievement levels.

My guess is that we need to stop right here. Right? What do I mean, you may wonder, that the black board members killed a program that would have helped poor black kids? I mean what I said. Your next question, I assume, is why. So what do you want? The cover stories? Or the real reason?

Nutall and Foreman have etched a deep line in the sand, declaring that reform is a racist plot and that all reform-oriented programs are malevolent.

I’ll come back to the cover stories. They’re stupid, but I will tell you what they are. Meanwhile, why don’t we cut to the chase? For years, the black board members, especially Foreman and Nutall, have set their jaws against all measures that might be lumped under the rubric of school reform.

They picked up the battle flag of anti-reform in Dallas the minute they saw that reform might shake up the jobs tree in their part of the Dallas school system. This goes back. When Dallas public schools were still under federal court rule in the city’s protracted desegregation litigation, control over jobs in the black school board districts effectively passed to the black elective leadership, informally headed by Dallas County Commissioner John Wiley Price.

Both Foreman and Nutall are Price acolytes. Blackburn is another problem. Mainly he blows in the wind, depending on which wind is strongest. As efforts to reform the district have progressed, Nutall and Foreman have etched a deep line in the sand, declaring that reform is a racist plot and that any and all reform-oriented programs are malevolent.

The percentage of all Dallas public school students who are proficient in reading at that their grade levels is 35 percent. But for black students, you can chop that number by a full 10 percentage points, to 25 percent.

Reform programs put in place by former Dallas Superintendent Mike Miles and protected by current Superintendent Michael Hinojosa have achieved startling successes, reducing the number of Dallas school campuses rated as failing from 43 in 2014 to 14 this year. Almost all of the kids whose lives will be changed forever by those improvements are poor and minority.

Think failing schools; think failing kids, and through no fault of their own. Think schools that are no longer failing; think children no longer doomed to fail by circumstances beyond their control. This is about saving the lives of children and building a productive future for America.

So what was the thanks that black Dallas board members gave Miles, who is black? They said he wasn’t really black, and they called him a racist. I think that about gives you the flavor.

What I believe Joyce Foreman, Bernadette Nutall and Lew Blackburn are really worried about is their friends who got school district jobs under the old court-ordered system. I am basing that on their behavior so far, especially their reflexive desire to protect the job of every hack principal who got bounced for having a long track record of lousy results. They’re afraid if voters pass new money and that money is used to fund improvements in the schools where their friends work, their friends may be out of work.

It’s that simple. It’s that venal. It’s that incredibly cruel. After Friday’s series of votes to kill the special tax proposals, Foreman told a reporter she had one misgiving about it all. She said that once the enrichment programs for children had been defeated, she was sad that some kind of pay increase couldn’t have been voted for administrators. I think that about gives you the flavor-times-two. 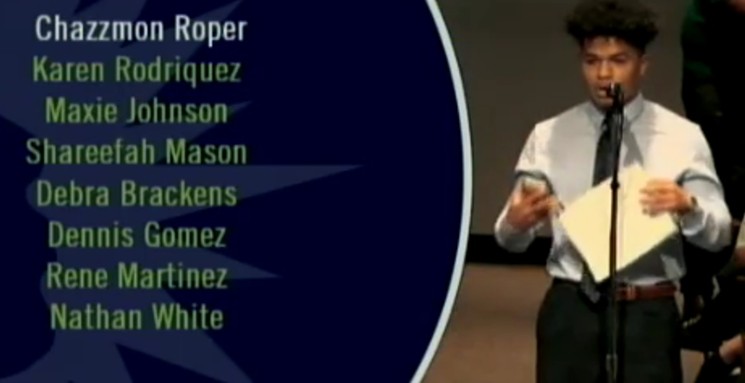 The vast majority of public speakers at last week's school board meeting supported putting a special school-enrichment tax to the voters in a referendum.
disd.org
Now, wait. Is this a diatribe against the black community? Oh, hell no. Please don’t give the board members that excuse. The NAACP led a broad coalition of community groups in favor of putting the special enrichment tax to voters in a referendum.

Let me tell you something else about our city, since I started out talking about the old days and callous white leadership. The business leadership in this city had already promised $125,000, for starters, to pay for a yes-vote campaign in support of a special tax. Polling has consistently shown a 60 percent public-approval rate for the tax citywide. Now, thanks to the board’s action last week, there will be no referendum.

I should observe that the Hispanic board members have been solid supporters of the tax proposals. Audrey Pinkerton, a white board member who is in the thrall of the black anti-reform cabal, skipped the meeting — and, by the way, thank you so much, white progressives who supported her election, for providing that empty chair when the reform-killers needed it.

Part of the lesson is that you can’t look at the old elected leadership of Southern Dallas and think you are looking at a mirror of black or Hispanic Dallas. What you really see in Blackburn, Foreman and Nutall is the reflection of an increasingly hollowed-out subcommunity, left behind by upward mobility, strangely threatened by tolerance, willing to feed children into the maw of poverty if it means adults keep their jobs.

Somehow Joyce Foreman came out of all of that with the idea that the kids in her trustee district are her private possessions.

Oh, I forgot about the cover stories. Yeah, all of a sudden, all of the black board members are supposed to be extreme far-right anti-taxers, as is Pinkerton, who missed the meeting. Against all tax increases. Right. Except for tax increases that would go directly into their friends’ pockets.

But the story changes. I once heard Foreman denouncing a reform program because, she said, she didn’t want outsiders coming into her district and experimenting on her children. Let me tell you something about that.

Federal court supervision, which lasted for decades, was a necessary and unavoidable step to lift the district up out of a wicked past. The judge’s instinct was to turn to the black community and ask for direction, to ask the community what it wanted for its children. That was sane and wise. Now court supervision has gone away. We are in a new era.

Somehow Joyce Foreman came out of all of that with the idea that the kids in her trustee district are her private possessions. And for too long, the rest of the community has assented to that idea, I guess because it had some ring or echo of political correctness.

But now it’s just wrong. Nothing could state the black board members’ lack of responsibility toward poor black and Latino kids more clearly than their behavior at last Friday night’s board meeting. These are not the champions of poor minority children in the Dallas school system. These are their enemies.