Dallas Actor Dax Rey Is Only 10 and Working With Legends 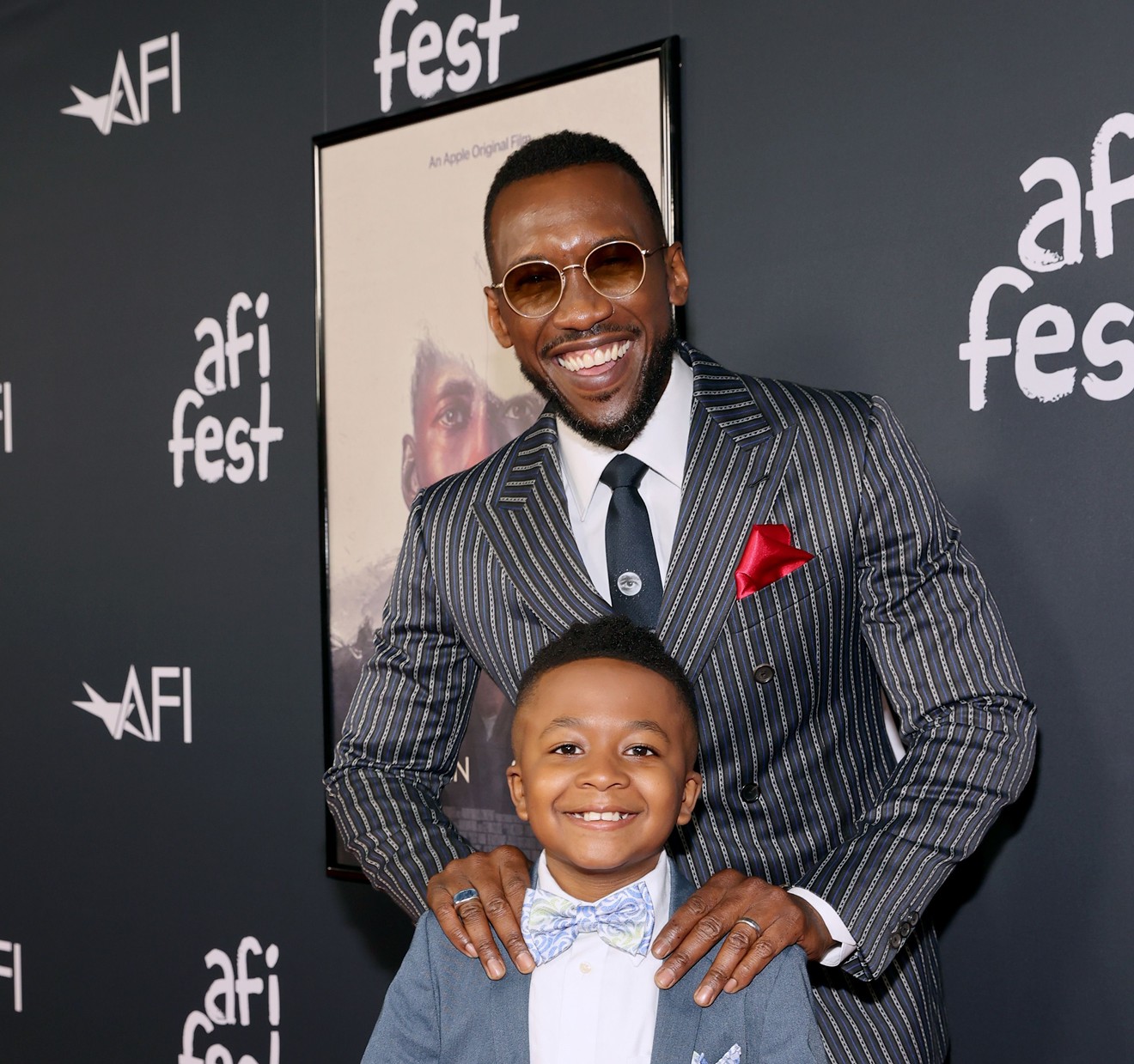 Dax Rey, 10, with his movie dad, Oscar winner Mahershala Ali, at a Nov. 12 screening of Swan Song in Los Angeles. Amy Sussman/Getty
Like most 10-year-olds, Dax Rey has big dreams, but his are all coming true this holiday season. Sshhh, don't tell the other kids.

This month, the Dallas-based actor appears in a new Netflix limited series called True Story with Kevin Hart and Wesley Snipes. Rey plays a younger version of Hart’s character, a comedian named Kid who goes to extremes to protect the life he’s built for himself.

Next month, Rey will appear in an Apple TV+ original film called Swan Song, in which he plays the son of Cameron, played by Mahershala Ali, and Poppy (Naomie Harris). Swan Song tells the story of a man who is battling terminal illness and clones himself — an option presented to him by Dr. Scott (Glenn Close) — in order to alleviate the grieving process for his wife and son.

We caught up with Rey just days before Thanksgiving to talk about his upcoming roles, working with big-name actors and what he loves to do Dallas.

Hi Dax! Are you ready for Thanksgiving?
Yes, I'm very excited. Especially because there's a lot of food.

What was it like working with Kevin Hart on True Story?
We didn't really get to see him a lot. But we did get to meet him one time while he was on his way to set. He was so nice. He is like he is on every show.

What was the audition process like for Swan Song?
It was fun and chill. I don’t really remember it, but I got to meet [director] Benjamin Cleary. He was so cool. We did the audition online.

You worked with some big names for Swan Song. Glenn Close and Mahershala Ali are both Oscar-winning [and nominated] legends. Did you have a good experience working with them?
It was amazing. They were so nice and it was an honor to be with them. They taught me so much.

Swan Song takes place in 2040 and contains a lot of futuristic devices, like Cameron’s automated car and his open-air computer screen. Did you get to see how these special effects were created?
I didn’t get to see a lot of that stuff. I wasn’t on set for very long. But we did do one scene where I got to act like I was playing with a hologram [in the form of] a video game. [Ali and I] were playing each other [in the game], and that was really fun.

What was the most challenging scene to film in Swan Song?
There’s a scene where Mahershala has to yell at me. On the day we did that scene, I cried because I wasn't used to Mahershala yelling at me. It kind of scared me, so I had a stunt double [fill in] for me.

What kind of roles would you like to play in the future?
My main goal is to play a live-action Miles Morales [from Spider-Man: Into the Spiderverse].

When you’re not acting, what else do you enjoy doing?
I like to play video games, and I like to play with my sister and my dog. We always have such a fun time. [My family and I] like to go shopping, riding our bikes and going to Jumping World. It’s this trampoline park where you can jump and play dodgeball.

What is the most important thing you learned while working on True Story and Swan Song?
I learned that being sensitive is good.
KEEP THE DALLAS OBSERVER FREE... Since we started the Dallas Observer, it has been defined as the free, independent voice of Dallas, and we'd like to keep it that way. With local media under siege, it's more important than ever for us to rally support behind funding our local journalism. You can help by participating in our "I Support" program, allowing us to keep offering readers access to our incisive coverage of local news, food and culture with no paywalls.
Make a one-time donation today for as little as $1.