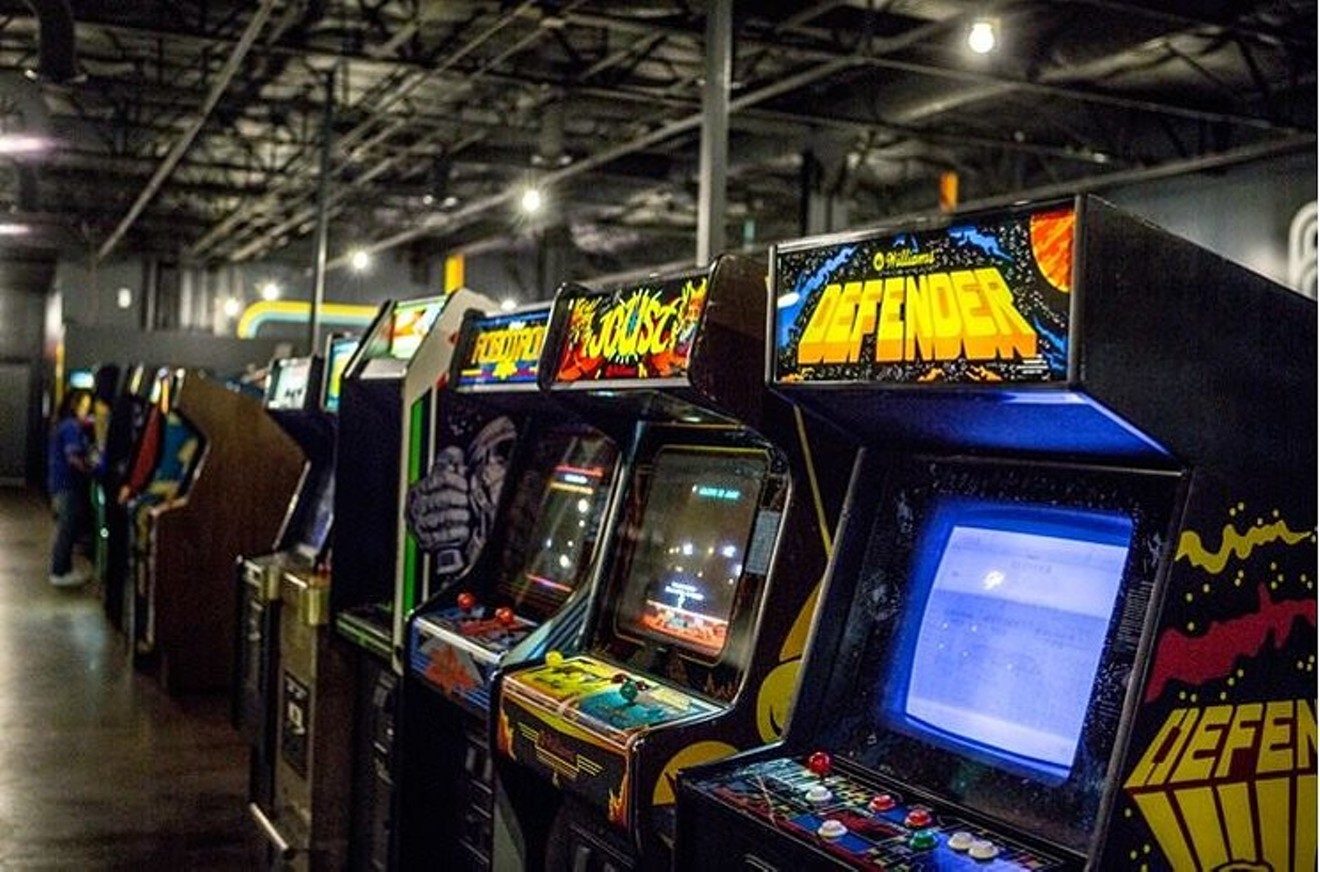 Hyden tried a couple of times to open a branch of his authentic arcade experience within Dallas proper with a pinball arcade in Oak Cliff in 2018 and again the following year with a new arcade location, but something always got in the way, whether it was red tape, real estate or a global pandemic.

Then, Free Play opened its biggest location on Denton's square after moving out of a smaller spot that couldn't keep operating. Hyden decided that was the right time to look at Dallas again. Now he says his fifth location will finally be within the Dallas city limits.

"It's moving pretty quick," Hyden says. "Not only do we have a space but we have a liquor license and a chief operator. We should be good to go before the end of the year."

The fifth Free Play Arcade location will operate out of an open floor plan building located at 3015 Gulden Lane in Trinity Groves not far from the Margaret Hunt Hill Bridge.
click to enlarge 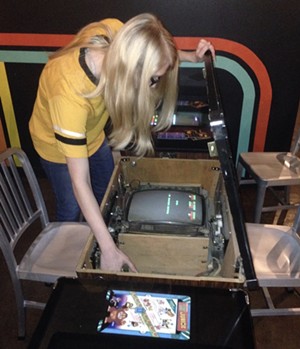 An employee of the Free Play Arcade in Richardson repairs a Tetris cocktail cabinet.
Danny Gallagher

The Trinity Groves building has approximately 10,000 square feet of open space which
Hyden says he plans to fill with more than authentic arcade machines. He and his team plan to install a state-of-the-art sound system so DJs and music acts can crank out some classic '80s tunes. Hyden wants to recreate the authentic feel of a neon glow video game arcade because "sound design is extra important."

Games will still be a huge part of the new location. Hyden says the larger space will allow him to house 150 games with a large amount of seating for food, drinks and people whose feet are sore from playing all those stand-up cabinets. The extra space will allow the staff to rotate out the smaller arcade games more often as well as the bigger arcade game machines, such as the 9-foot tall Elevator Action Invasion DLX light gun shooting game and the 6-foot wide theater cabinet for the Lost World: Jurassic Park game.

"Being able to rotate the big stuff is really cool because one of the things you see at almost every other arcade, the big games never change because it's so annoying," Hyden says. "Here, we're able to quickly change the big games. We could have Lost World one time and a gigantic Time Crisis game the next day."

Hyden says the new location represents a "next step" for the local arcade chain.

"We're bringing the nerdiest arcades to the coolest places and that's where we're thriving," Hyden says. "If we're super passionate about it, the more people love what we do. That's what we're trying to do is find those popular areas that have tons of foot traffic and show them what a real arcade can be."

Hyden also says he hopes the new Free Play location as well as some new restaurants opening nearby will bring more people to the Dallas neighborhood.

"We're hoping to reinvigorate that whole part of downtown," Hyden says. "It's really a match made in heaven and we could not avoid it. It's definitely going to be a lot of work and long, sleepless nights but it's really going to be worth it when we launch this arcade."
click to enlarge 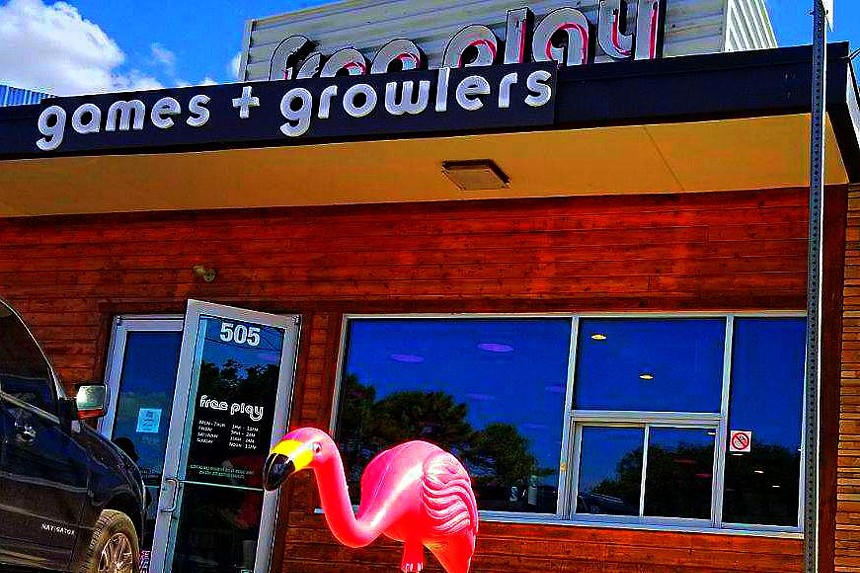 Free Play Arcade's Denton location on West Hickory Street closed permanently in July just three days after it reopened.
Corey Hyden
KEEP THE DALLAS OBSERVER FREE... Since we started the Dallas Observer, it has been defined as the free, independent voice of Dallas, and we'd like to keep it that way. With local media under siege, it's more important than ever for us to rally support behind funding our local journalism. You can help by participating in our "I Support" program, allowing us to keep offering readers access to our incisive coverage of local news, food and culture with no paywalls.
Make a one-time donation today for as little as $1.