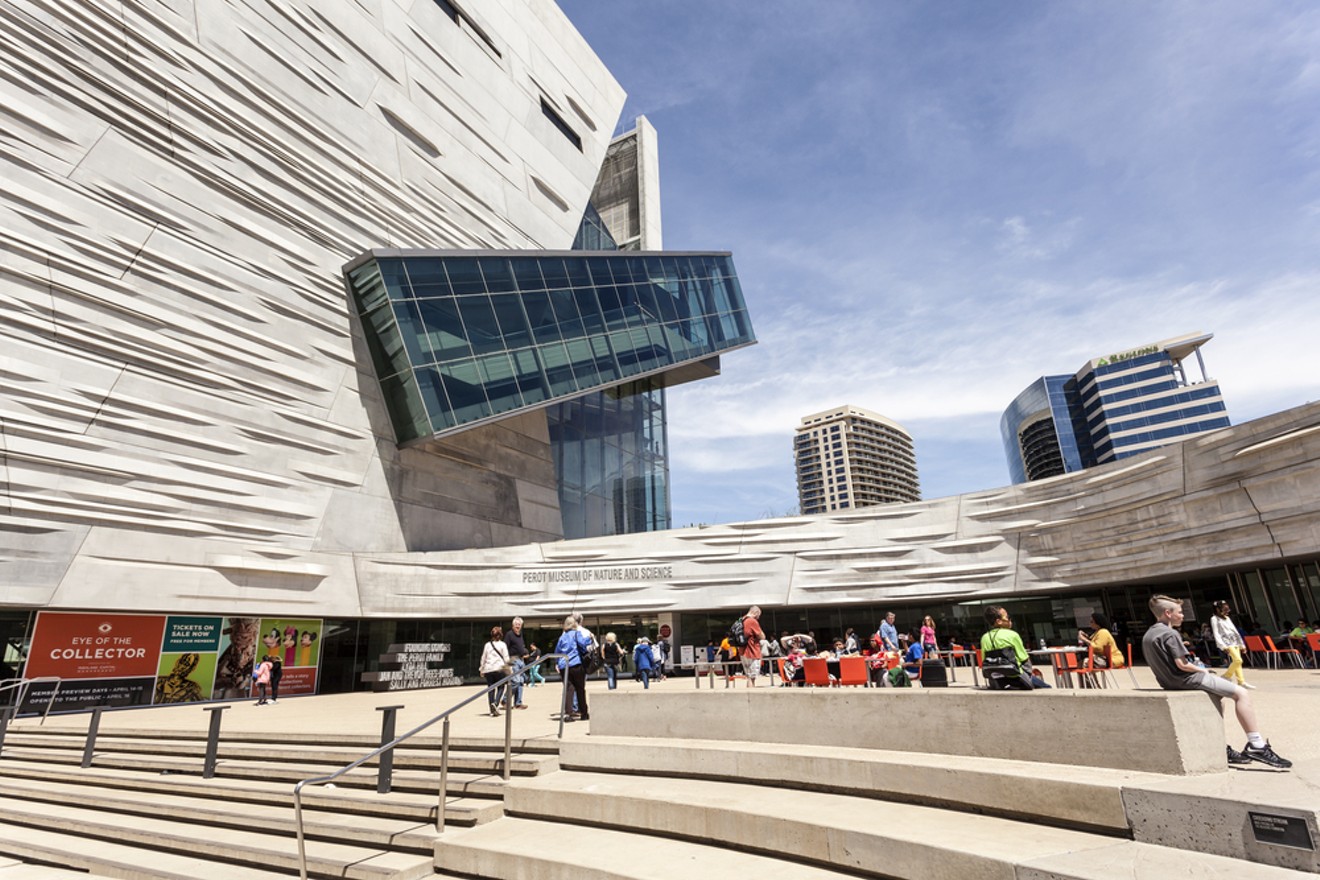 The Perot Museum of Nature and Science relies on curious school kids to keep going. The shutdowns have caused it to lay off 168 employees. Shutterstock
The COVID-19 pandemic has swept away lives, jobs, and individual freedoms. While more than 2.5 million Texans have filed for unemployment since April, there’s one sector of business that has been silently devastated by closures: arts institutions.

According to a survey by The Arts Community Alliance, the Dallas Arts District and the Dallas Area Cultural Advocacy Coalition, which studied the effects of closures on 57 local arts and culture organizations between March 13 (the day the U.S. government declared COVID-19 as a national emergency) and May 31, the city’s cultural institutions suffered financial losses of $34 million.

The Dallas Morning News reported that 40 of the organizations received PPE loans.

“I think we are going to have an arts sector that will look radically different any way you cut it over the next three months, six months, two years,” Jennifer Scripps, director of the city’s Office of Arts and Culture, told the newspaper. “You think about Broadway closing until next year. The Dallas Opera has announced there’s no fall. And we’re going to have a holiday season that’s going to feel really different.”

In the past few months, Dallas cultural institutions have tried to remain relevant through online programming and made efforts to stay afloat through fundraising.

"What can people do? Lots,” Dallas Opera general director and CEO Ian Derrer told us back in April. “They can follow The Dallas Opera on social media channels — watch, like and share a host of engaging TDO Network programs on Facebook and Instagram, or view them at their convenience on our YouTube channel. Like every arts organization, we hope that people will back The Dallas Opera by purchasing subscriptions for next season and considering us when making charitable donations. Every show of support is meaningful and valuable.”


"While museums are still allowed to be open at 50% capacity, we believe a temporary delay in reopening is the most appropriate demonstration of our shared responsibility.” – statement by the Perot Museum

The Dallas Zoo reopened on May 29. A month later, they implemented a policy requiring masks on visitors age 10 or older, but most major entertainment and arts organizations in Dallas have remained closed since the first shelter-in-place orders forced nonessential businesses shut in March.

The Perot Museum announced on June 18 that they were implementing new safety procedures ahead of the museum’s planned reopening on July 9 after shutdowns forced them to lay off 168 employees.

Despite the museum's financial losses, due to the increase of COVID cases in Dallas, which reported a record 601 new cases and 20 deaths on Tuesday alone, the Perot now will be joining other institutions in Dallas in an effort to decrease the spread of the virus by keeping their doors closed.

On Monday, a group of Downtown Dallas museums sent out a joint statement saying they would either remain closed or postpone their announced openings. The museums include the Perot, the Dallas Holocaust Museum and Human Rights Museum, Dallas Museum of Art, Nasher Sculpture Center, Crow Museum of Asian Art and The Sixth Floor Museum at Dealey Plaza.

"Though we have created rigorous guidelines and best practices to ensure that we reopen the museums safely and protect our staff and visitors, we are part of a larger community," the Perot's statement read. "We believe it is important to support Governor Abbott’s, Mayor Johnson’s and Judge Jenkins’ appeals for Texans to stay home, if at all possible, to be good community partners and neighbors. While museums are still allowed to be open at 50% capacity, we believe a temporary delay in reopening is the most appropriate demonstration of our shared responsibility.”
KEEP THE DALLAS OBSERVER FREE... Since we started the Dallas Observer, it has been defined as the free, independent voice of Dallas, and we'd like to keep it that way. With local media under siege, it's more important than ever for us to rally support behind funding our local journalism. You can help by participating in our "I Support" program, allowing us to keep offering readers access to our incisive coverage of local news, food and culture with no paywalls.
Make a one-time donation today for as little as $1.