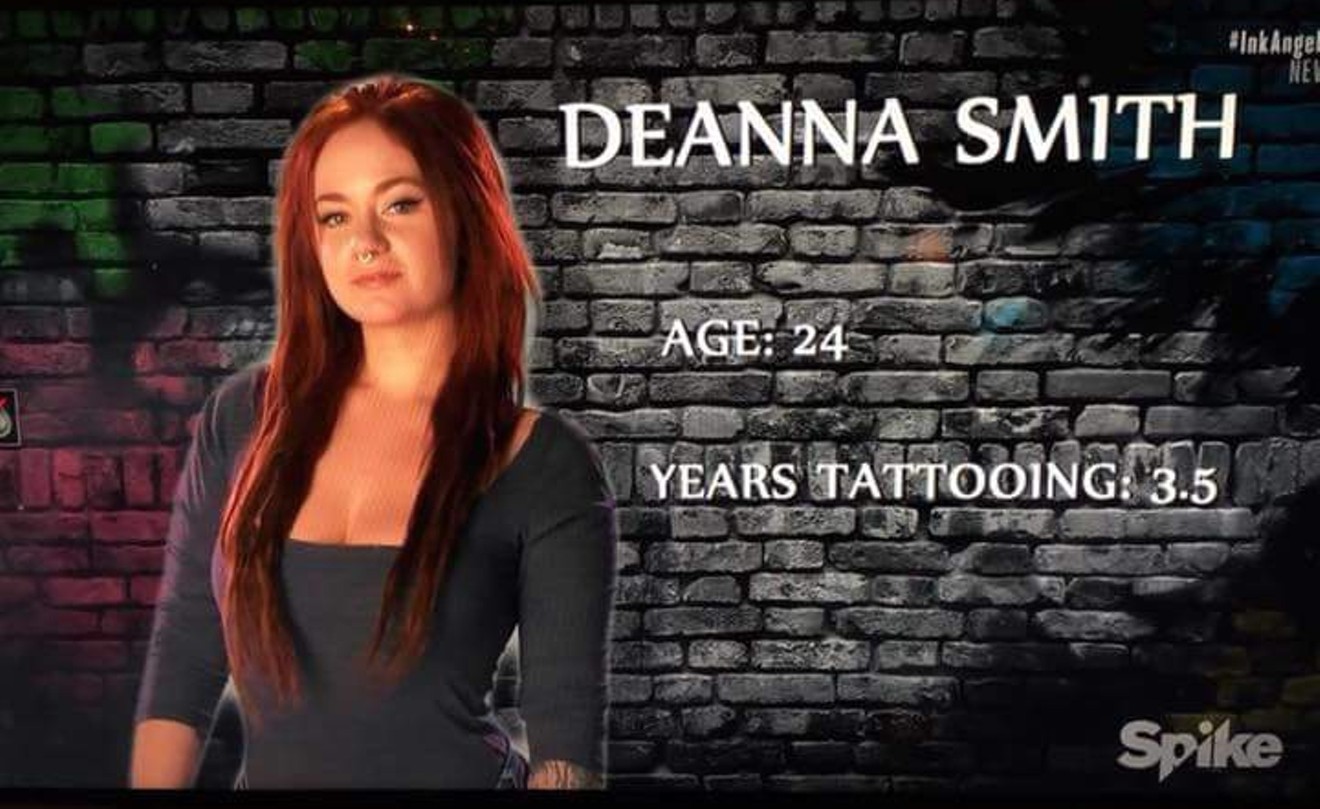 With just three and a half years under her belt as a professional tattooist, 24-year-old Dentonite Deanna Smith is primed to be the next big star.

Smith is a painter and resident artist at Dark Age Tattoo in Denton, and she’s been taking steps to build her reputation in the last year. In the fall, she was featured on Ink Master Angels, which led to her being cast as a contestant on season 10.

"You know what I love about it? I've never seen it in this competition before." – Ink Master judge

The new season premiered on Spike on Tuesday. To celebrate, Smith hosted a watch party at Andy’s Bar in Denton. Those who tuned in witnessed a formidable showing of her skills.

Each Ink Master hopeful was given six hours to design a tattoo of his or her choosing, and each was subject to a blind critique. Smith chose an elaborate portrait design, which one judge lauded as "the best face of the day."

“You know what I love about it? I’ve never seen it in this competition before," another judge said off camera.

The top 10 artists were allowed to choose their teams. Smith’s design ranked third among her peers, and joined Team DJ, as did the first- and second-ranked tattoo artists.

If you couldn’t make it the watch party Tuesday, you can still tune in every week and see what unfolds for Smith, who seems poised to become a “Master of Ink” regardless of the outcome of this season.

Ink Master airs every Tuesday at 9 p.m. on Spike TV, which is rebranding as Paramount Network beginning Jan. 18.