Stephen A. Smith Finally Admits He Loves It When Dallas Cowboys Fans Are Sad 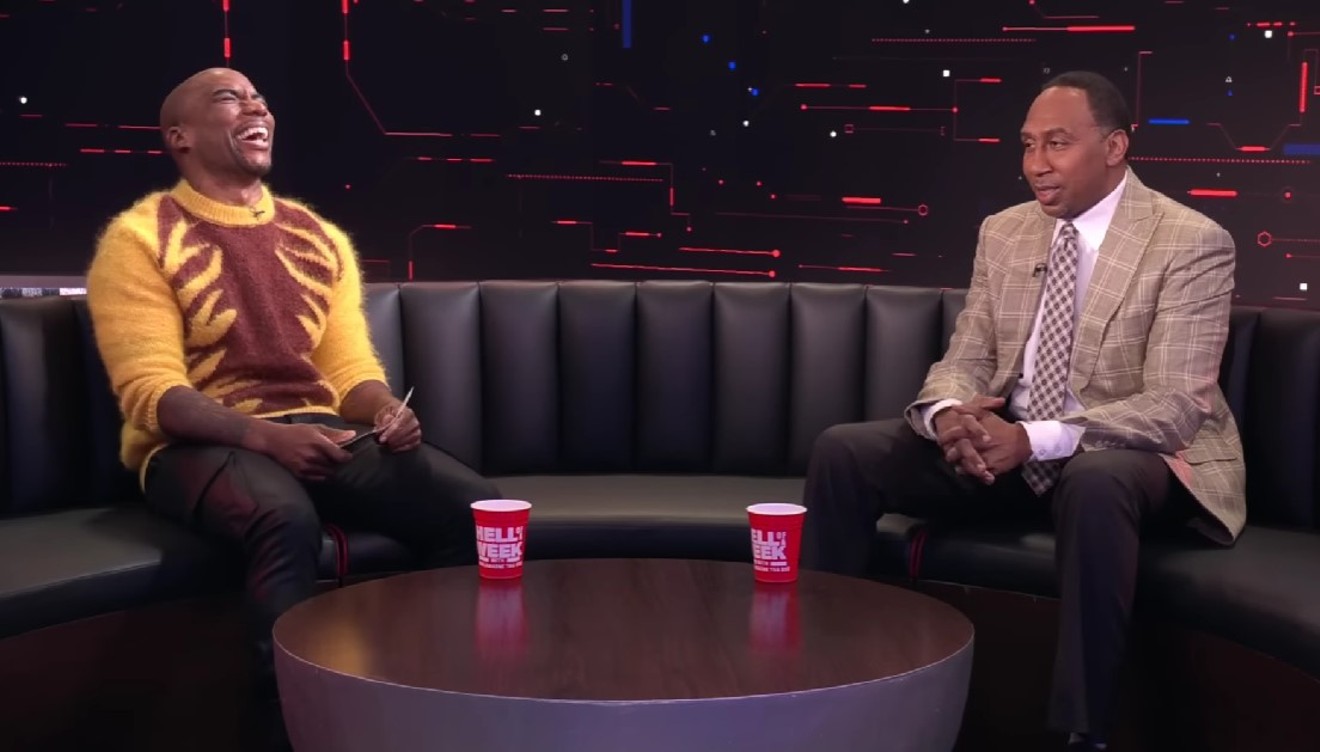 ESPN analyst and professional Dallas Cowboys hater Stephen A. Smith (right) and Breakfast Club host Charlamagne tha God on Comedy Central's Hell of a Week last Thursday. YouTube
If you've watched even the slightest bit of ESPN, then you know about sports analyst Stephen A. Smith's hate-hate relationship with the Dallas Cowboys.

The only thing he despises more than the team is its fans.

That's not conjecture. That's a summary of what Smith said an interview with Charlamagne tha God on the latter's weekly Comedy Central panel show Hell of a Week.

Charlamagne brought up Smith's seething hatred for the Cowboys near the start of the interview segment, asking the ESPN host if the only thing he really liked about football is "slandering my Cowboys."

Charlamagne pressed Smith to elaborate on his hatred not just for the Cowboys but for the fans, whom he called "one of the most loyal fanbases ever."

For starters, it's been 26 years since the Cowboys beat the Pittsburgh Steelers for their fifth Super Bowl win out of eight appearances. That's a league record the Cowboys share with the San Francisco 49ers. So, yeah, Cowboys fans are a little protective of upholding a coveted record, especially when the season ends on a down note.

This is not the first time that Charlamagne and Smith have squared off over the Cowboys. Tha God appeared on Smith's First Take back in 2018 to chew over Jason Garrett's tenure as head coach and Charlamagne's unique Cowboys fandom. Tha God said he gets it from his father, who got a tattoo that reads "6 time Super Bowl champions" and once "tased a guy at Met Life stadium when the Cowboys played the Jets a few years ago."

Charlamagne may be a Cowboys fan but that hasn't stopped him from criticizing his favorite NFL team. He told TMZ Sports in 2018 that he thought owner Jerry Jones is "the most racist owner in the whole league," presumably over Jones' stance against players taking a knee during the National Anthem and his vow to sideline players who chose to do so.

Smith has been a vocal critic of the Cowboys on his ESPN show First Take for a long time. Vocal really doesn't describe it accurately. He projects his hatred for the team with his whole diaphragm. He doesn't have to do crunches for a week every time the Cowboys lose and he slaps on a 10-gallon hat to mock Cowboys fans, which is annoying because no one in Dallas ever wears one of those damn hats unless they are cosplaying some kind of pop culture cowboy.

Why hate on the fans, especially when they're suffering? Isn't optimistic daydreaming about taking home that big-ass trophy at the end of the season part of being a fan? The National Football League's whole foundation is built on the naïve, pie-eyed hopes of fans all over the country regardless of how well their team did in the draft or their win-loss record of the previous season. Hell, that's why we watch.

The whole "You know we're going to the Super Bowl next year" pathos applies to every team except the Buffalo Bills, a franchise where hope goes to die a slow, lingering death with each passing year. That's not hating on Bills' fans. You gotta have some heart for fans who own their suffering season after season.
KEEP THE DALLAS OBSERVER FREE... Since we started the Dallas Observer, it has been defined as the free, independent voice of Dallas, and we'd like to keep it that way. With local media under siege, it's more important than ever for us to rally support behind funding our local journalism. You can help by participating in our "I Support" program, allowing us to keep offering readers access to our incisive coverage of local news, food and culture with no paywalls.
Make a one-time donation today for as little as $1.