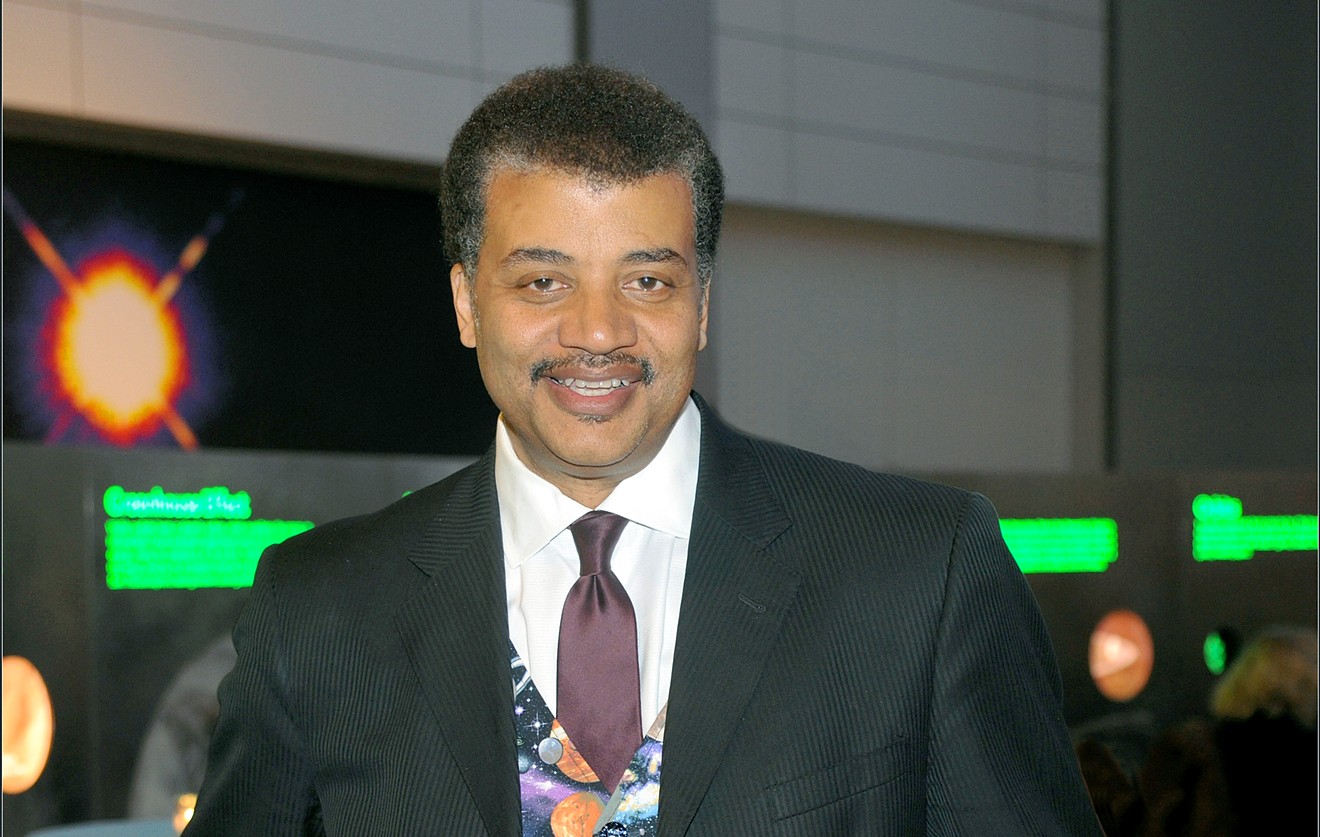 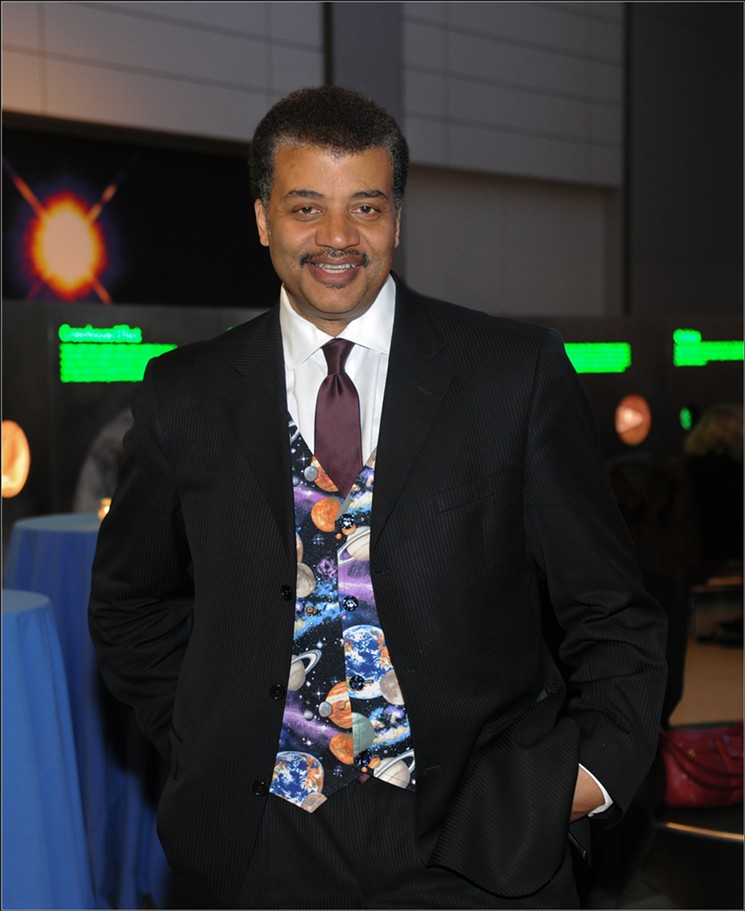 Astrophysicist, Hayden Planetarium director and StarTalk host Neil deGrasse Tyson
©2013 AMNH, Photo by Roderick Mickens
Every generation has its scientific idol, from theoretical physicist Stephen Hawking to , the first caveman who figured out how to use fire without setting himself on fire.

Astrophysicist Neil deGrasse Tyson is one of our generation's most revered and recognized names in the scientific community. He's a writer, presidential-appointed advocate and the director of the Hayden Planetarium in New York City, and he's also earned a seat in the ever-growing pop geek universe alongside such famous names as Michio Kaku, Richard Dawkins, Brian Cox and Bill Nye.

His celebrity status has made him a regular expert guest on numerous national news and late-night talk shows; the host of popular science programs such as StarTalk and Fox's primetime documentary series Cosmos: A Spacetime Odyssey; and a public speaker who gives more than 200 talks a year, including one on Tuesday at the Winspear Opera House.

The talk in Dallas covers "The Cosmic Perspective," which he calls "one of my favorite things to talk about" because of the way it puts the Earth into its proper place.

"It will leave you with a sense of what the world looks like when you learn how big the universe is in space and time ... the world looks very different once you have that perspective," Tyson says. "Without it, you can end up with an imbalanced assessment of who and what you are to other people, other nations and other species of life on Earth, and even other planetary systems."

Tyson says it's a topic that a lot of people need to give thought to now, although he didn't name any names.

"There's not enough cosmic perspective floating around today, and it's evident in what we think and about the environment, the atmosphere, food and the plight of others," he says. "So this is my little effort to try and give people the widest, broadest possible view on the universe and everything."

Science literacy is a key concern for Tyson and other scientists because so many people with the power to make these important changes are outright ignoring fundamental scientific thought, Tyson says.

"Are we wise enough, with enough foresight, to become shepherds of our own fates as a species on this planet? Sometimes I wonder," Tyson says. "If you live in the moment, the future descends upon you. Then you're unprepared and bordering on going extinct. There are people who have decided that the emergent science truths are wrong because they conflict with their politics or a philosophy that is false."

Tyson says now that he's become a pop culture figure by accident he hopes he can use his platform to advocate for the sciences and in particular to reach those deemed to be unreachable.

"What I've found over the years is that pop culture can be a particularly potent means to convey these ... to the public," he says. "It's almost like a conveyor belt. For instance, when you walk in with a pop culture scaffold, I don't have to tell you who Beyoncé or Oprah or Barack Obama is or what football or the Super Bowl is. Now you come in and see the scaffold, and I find ways to clad that scaffold with science in relationship to your scaffold, and you end up absorbing the material faster than you normally would."


He's become such a recognizable figure that he's often asked to comment on areas of science that would be better suited to an actual expert, he says.

"There are other branches of important science out there like energy policy, and I think sometimes the press get a little lazy and call on me for everything," Tyson says. "I understand why they are doing it, but I try to force them to get a climate specialist. Don't use me as a substitute for other areas of expertise. I don't need to be in every camera shot."

Tyson says no scientist sets out to become a celebrity advocate for the advancement of science. It's a calling that he feels he cannot ignore.

"If I had my choice when I woke up in the morning, I'd go to the lab and come home and play with my kids and go on a date with my wife," Tyson says. "This stuff with the public is because I'm called to do so and I feel a sense of duty and an obligation to fulfill many of these requests to appear in documentaries or on the evening news, whether that's real or comedic. If it will enhance your science literacy, I must do so."