Women in Texas Are Choosing to Remove Their Fallopian Tubes Now 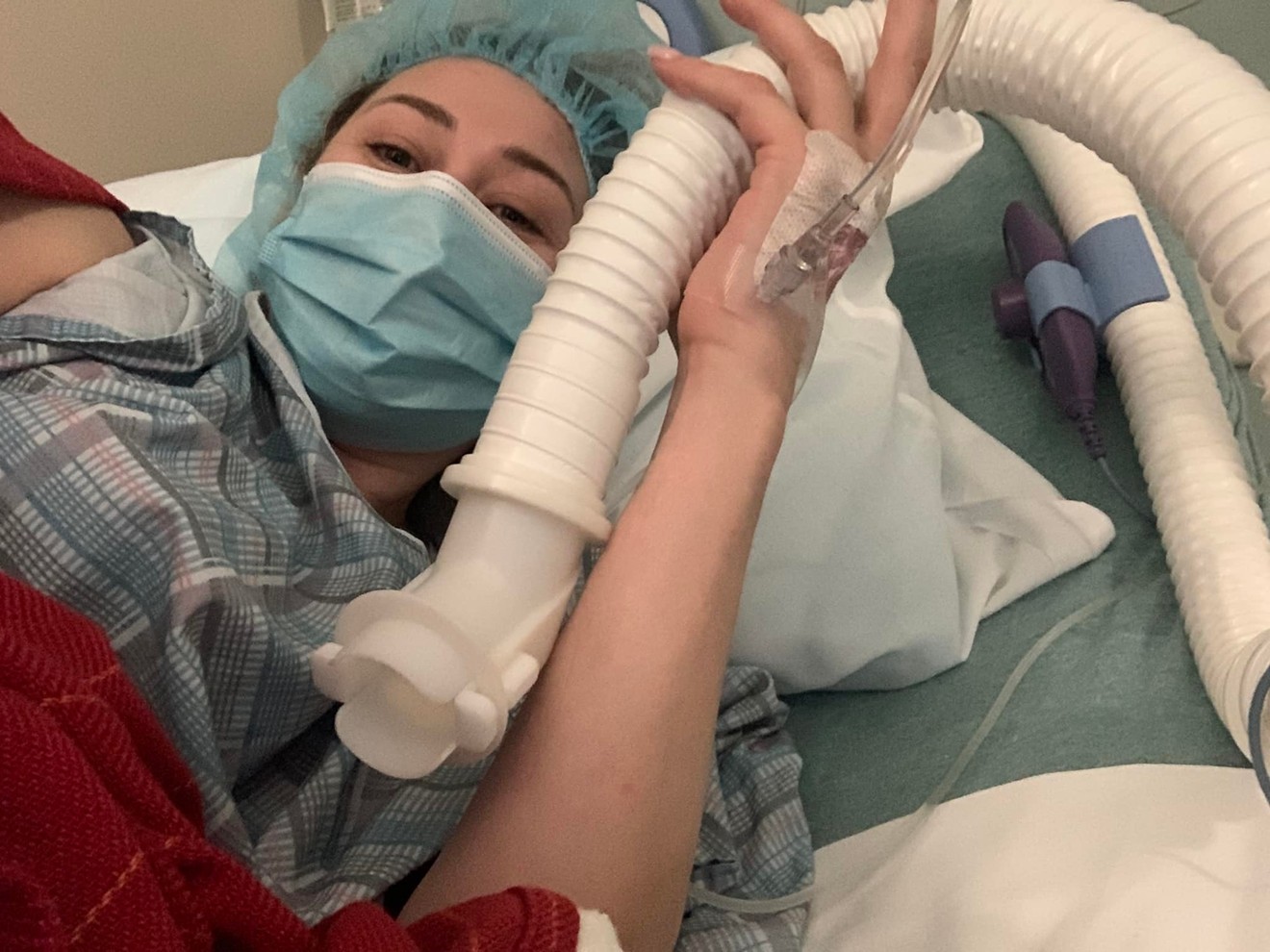 In a Facebook post on Monday, Nitsch informed her followers that she elected to remove her fallopian tubes earlier this year. It was an expensive and painful surgery, she says, and a “decision made under duress.”

Last year, she watched as Senate Bill 8 worked its way through the Texas Legislature, knowing that it would pass. The law took effect in September and bans abortion after around six weeks, before many people know they’re pregnant.

It makes no exemptions for survivors of rape or incest.

Nitsch, who works in homeless services and is a trustee at Austin Community College, is a sexual assault survivor. With abortion now virtually outlawed in Texas, she feared what would happen if she were ever attacked again.

“I was just terrified,” she says. “There is nothing protecting me right now, and I don’t want to have my rapist’s baby.”
Nitsch’s act of resistance comes as pro-choice advocates nationwide have been ramping up their fight for the future of reproductive rights. Earlier this month, Politico reported on a leaked draft opinion showing the Supreme Court has voted to overturn Roe v. Wade, the 1973 ruling enshrining abortion as a constitutional right.

According to Newsweek, since the Politico article was published, online "searches for terms relating to female sterilization have increased significantly."

Last weekend in Denton, someone vandalized a pregnancy resource center, spray painting in all caps: “NOT A CLINIC” and “FORCED BIRTH IS MURDER.” In cities in Texas and across the U.S., activists are steeling themselves for the long battle over bodily autonomy.

Nitsch isn’t the only one who’s considered becoming sterile. On social media, some pro-choice advocates have spread the word about OBGYNs who can aid in tying or removing fallopian tubes.

A few months ago, Nitsch says she was having trouble with her IUD, which had somehow slipped and entered her uterus. But when she sought help at the ER for a kidney infection, the hospital wouldn't remove the device because of the gynecological nature of her need.

Nitsch tried calling Planned Parenthood, but the clinic wasn't answering the phone, she says. Eventually, she found the help she needed but says she could have potentially gone into sepsis and died.

Prior to that, when Nitsch was in her 20s, she says she’d had two abortions, adding, "And I was on birth control."

If Nitsch had given birth back then, she’d likely be living in poverty today, she says. As someone who grew up impoverished and unwanted, she’s “incredibly grateful” that she had access to care. Nitsch didn't want to bring a child into the world just to have them live through those same experiences.

Some anti-abortion advocates argue that those who have sex should be prepared for the consequences. Yet sex isn’t always consensual, Nitsch says.

“Motherhood isn’t punishment," she continues. "Motherhood should never be punishment. Ever.”

It’s likely too early to anchor anecdotal evidence with hard statistics. But Dr. Jen Villavicencio, lead for equity transformation at the American College of Obstetricians and Gynecologists, believes abortion bans are unacceptable.

"Quite simply, people will always need access to abortion. Contraception fails, lives change, unexpected complications occur,” she says. “No matter what an individual’s reason for an abortion, it is essential that they have access to an abortion when they need it."

“We're also seeing more patients that were previously on the fence about sterilization are now eager to take advantage of their current insurance benefits and schedule their surgeries just in case their insurance or those benefits change in the future,” she says.

It may have been conservative Christians who shepherded Texas’ abortion ban into law, but Nitsch holds a particular disdain for those who justify their relationships with Republicans voters. This isn’t about politics for her, she says. It’s about human rights and true liberty: the ability to make decisions about one’s own body and life.

Nitsch’s recovery process wasn’t easy following her sterilization surgery and it brought conflicting emotions. She was resolute going into it, but shortly after, the permanence of it all started to weigh on her.

Still, Nitsch doesn’t regret her decision today, nor is she ashamed. She’d rather be unable to have a child than be forced to have one.

“People think that we’re being hysterical, and we’re not,” she says. “This puts so many of our rights in jeopardy.”
KEEP THE DALLAS OBSERVER FREE... Since we started the Dallas Observer, it has been defined as the free, independent voice of Dallas, and we'd like to keep it that way. With local media under siege, it's more important than ever for us to rally support behind funding our local journalism. You can help by participating in our "I Support" program, allowing us to keep offering readers access to our incisive coverage of local news, food and culture with no paywalls.
Make a one-time donation today for as little as $1.