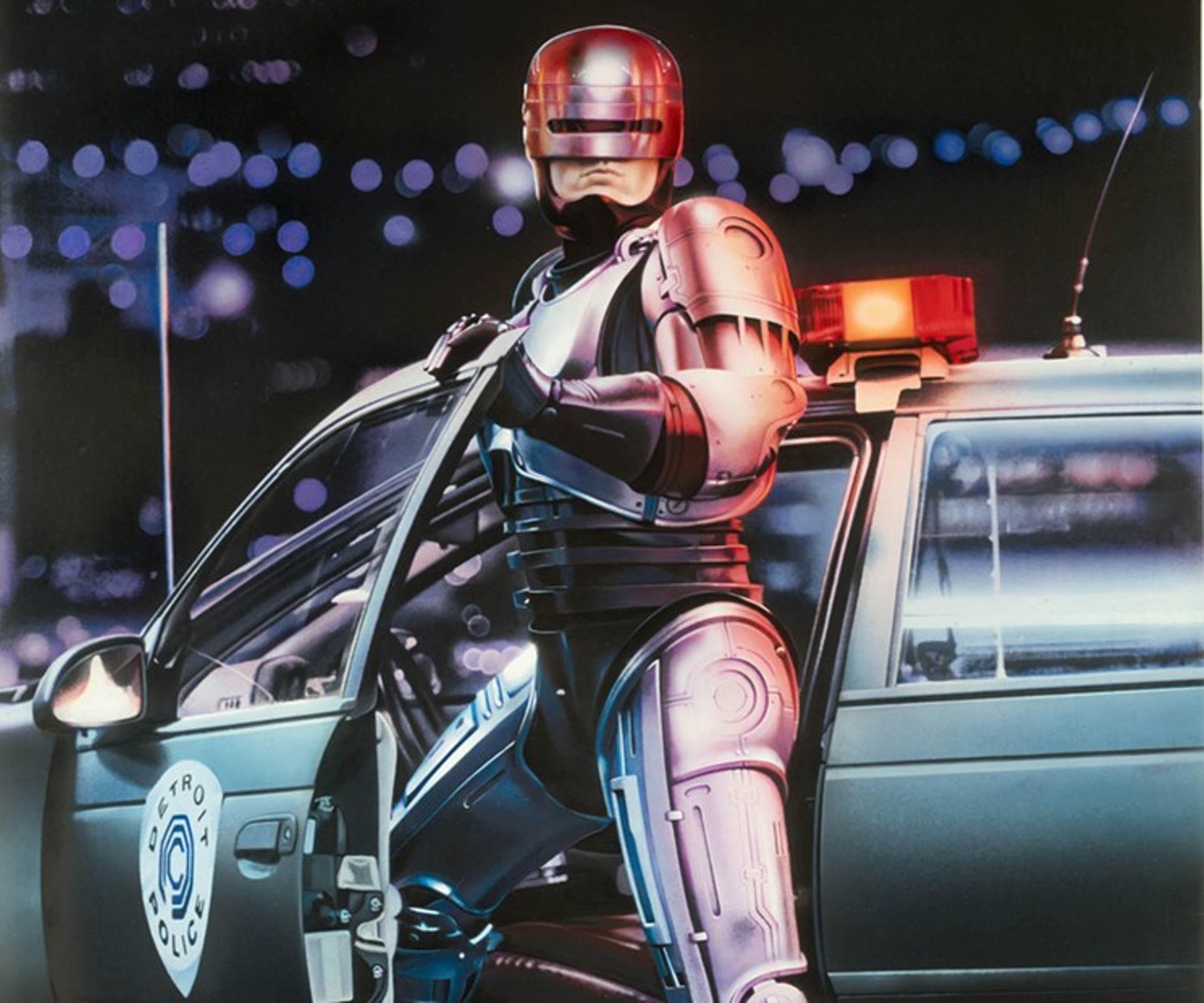 The cult classic sci-fi action film RoboCop turns 35 this year and the Dallas Library and Texas Theatre are celebrating with a free screening of the original film on July 16. AF Archive / Alamy Stock Photo
The hit 1987 film RoboCop came to life because of the city of Dallas. The story may be set in Detroit, but all of the city scenes, buildings and roads for the car chases were filmed in Dallas.

This year marks the 35th anniversary of director Paul Verhoeven's science-fiction action epic, which tells a Frankenstein-ish story about a cop named Murphy, played by Peter Weller, who gets killed in the line of duty and is remade by a private military contractor as an unstoppable cyborg. So the Texas Theatre in Oak Cliff and the J. Erik Jonsson Central Library located across from Dallas City Hall (aka OCP Headquarters) are each holding a free screening of RoboCop on Saturday, July 16.

The screening will also include a livestreamed Q&A with actress Nancy Allen, who played Murphy's crimefighting partner Anne Lewis; screenwriters Ed Neumeier and Michael Miner, who also wrote a more direct sequel to the first RoboCop film that's now in development; and special effects artist Gregor Punchatz, who helped build some of the robots for the film. The screening will also show a prerecorded interview with Verhoeven.

The local production of RoboCop was new to Dallas at the time even during a booming period of film and television productions such as TV's Dallas and movies Bonnie and Clyde, Tender Mercies, The Trip to Bountiful and Places from the Heart. Former Dallas Film Commissioner Janis Burklund worked on RoboCop's second unit as a production assistant, where she helped create some of the film's iconic scenes — such as the scene in the OCP boardroom where the failed police robot prototype ED-209 accidentally kills a young executive named Kinney, played by Dallas actor Kevin Page, in a spectacularly gory fashion.
Burklund, who recently retired after 20 years as film commissioner, says RoboCop's production in Dallas marked the beginning of a new era for the city's programming ambitions and abilities.

RoboCop takes place in a futuristic Detroit not too far from its own time, and many Dallas' government and privately owned buildings helped set the futuristic look of a dystopian Detroit taken over by private corporations and rampant crime. Pretty much all of the scenes from the movie, including some of the houses, are still standing and still attract fans looking to take pictures in the same spots used for the film.

"We still get people coming to go see where it was shot," Burklund says. "When I was in City Hall, my office was right off the plaza, and I looked down and could see people taking pictures, and I knew they were taking pictures from the RoboCop angle."

The famous scene in which a gas station blows up — just as RoboCop starts to learn the truth about his human form when he encounters one of the men who killed him — took place at an old gas station at the corner of Ross Avenue and Arts Plaza. The pyrotechnics created an explosion much bigger than the one the crew and cast anticipated, and some crew members said people driving down the highway could see it.

The film also launched and elevated the careers of local crew members and film artists who got their first shot at working on a big-budget film with ambitious special effects. Dallas sound engineer Robert Wald received an Academy Award nomination for Best Sound for his work on RoboCop. The film also received a Special Achievement Oscar for Best Sound Editing.

"There are crew members who worked on RoboCop that I've worked with my entire career," Burklund says. "We had a great crew that got some really good experience and RoboCop being one of those. It was a shoot that tested the mettle of our crew."
KEEP THE DALLAS OBSERVER FREE... Since we started the Dallas Observer, it has been defined as the free, independent voice of Dallas, and we'd like to keep it that way. With local media under siege, it's more important than ever for us to rally support behind funding our local journalism. You can help by participating in our "I Support" program, allowing us to keep offering readers access to our incisive coverage of local news, food and culture with no paywalls.
Make a one-time donation today for as little as $1.