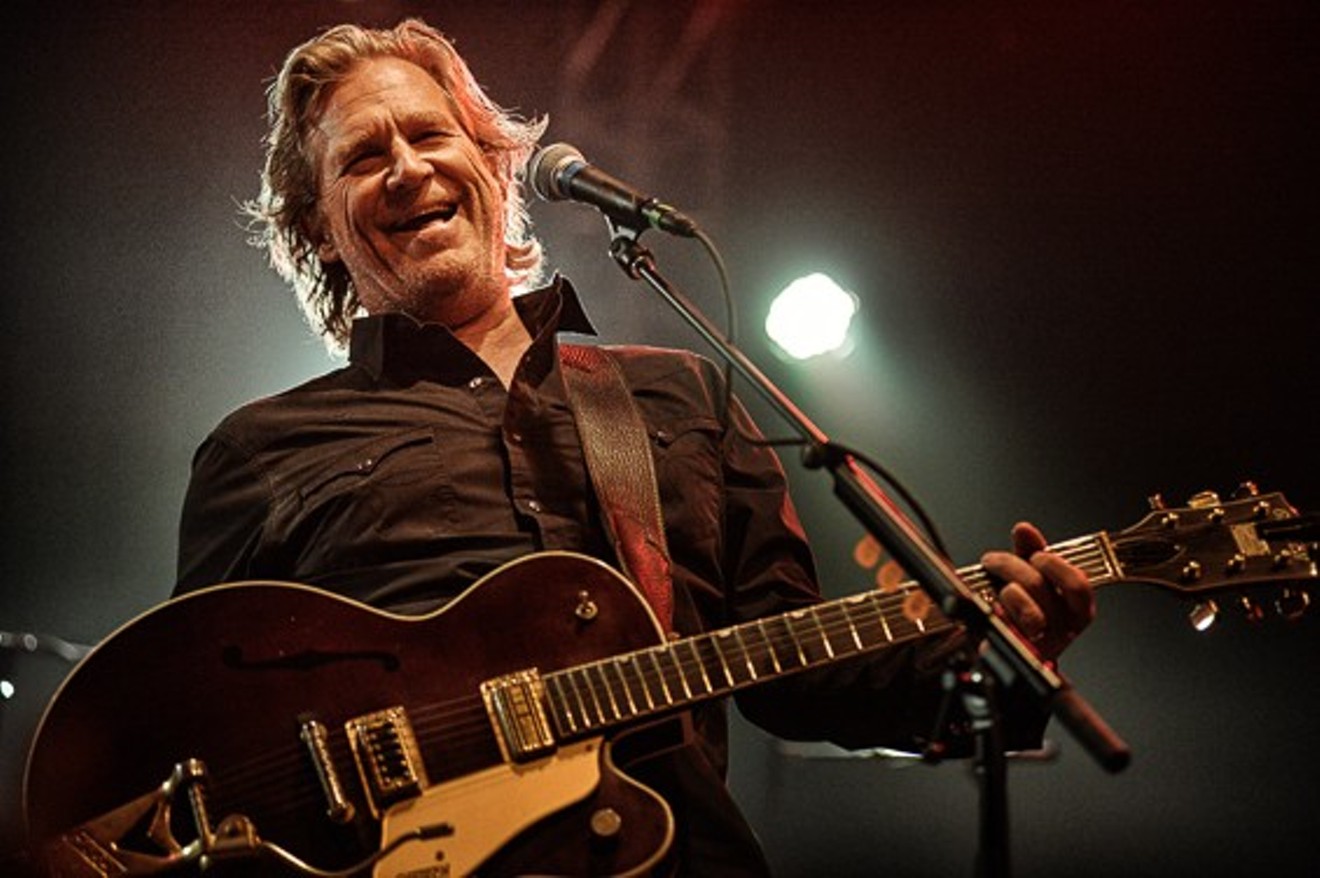 
Country music is one of Texas’ most significant cultural exports, enough to where the phrase “Texas country” is commonly used. (Have you ever heard anyone describe an artist as “Oklahoma country?” No? Exactly.)

Dallas has no shortage of venues that gave some of these acts a chance at an early stage. Some of the venues are irreverent dives, some are classy and polished to the touch. Some of these rooms can accommodate 2,000 attendees, some cannot even accommodate 200 without the fire marshal getting involved. Some have been around for 40 years, others are still putting in their time.

Every room is different, but these 10 venues provide an optimal listening experience.

Poor David’s Pub
1313 S Lamar St., Dallas
Upcoming shows: Jim Lauderdale, Terri Hendrix and Lloyd Maines, Ian Moore
Dallas’ premier country music watering hole Poor David’s Pub has stood the test of time, maintaining a pulse since 1977 despite two relocations that brought it to its current place just two blocks south of the Kay Bailey Hutchison Convention Center. The venue has upheld the same character ever since and has been a launchpad for artists such as Dixie Chicks, Lyle Lovett and Jerry Jeff Walker. The venue’s atmosphere is conducive to singer-songwriter gigs with pin-drop silence, loud country ragers with gratuitous amounts of drinking and hollering, and everything in between. 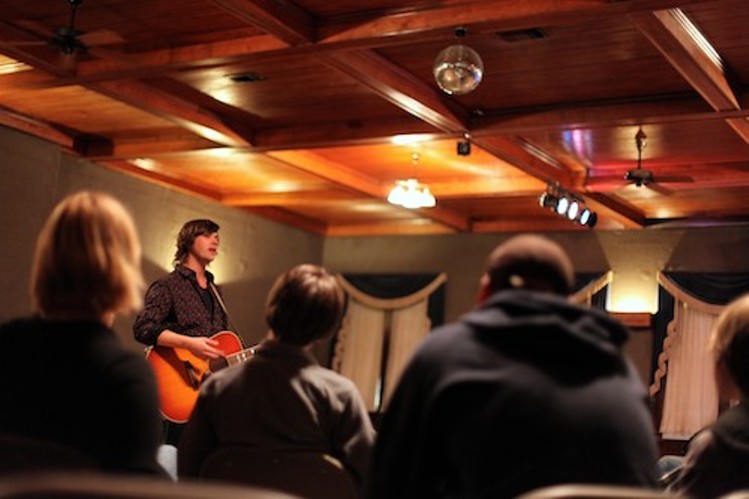 Sons of Hermann Hall
3414 Elm St., Dallas
Upcoming shows: Gill Landry, Squeezebox Bandits, Jack Barksdale
Constructed in 1911, Sons of Hermann Hall stands as the oldest free-standing wood structure in the city of Dallas. Since 1984, the upstairs ballroom that was once a location as the police station headquarters for the film Robocop has been a revered mainstay for country artists such as Robert Earl Keen, Guy Clark and Old 97s. Despite the venue’s history with household names, they have been just as accessible and welcoming to neophytes. Since 1994, they have had a weekly event titled Electric Campfire Jam, where anyone with an unplugged instrument can sit around an electric campfire in the downstairs bar area to pick and grin. 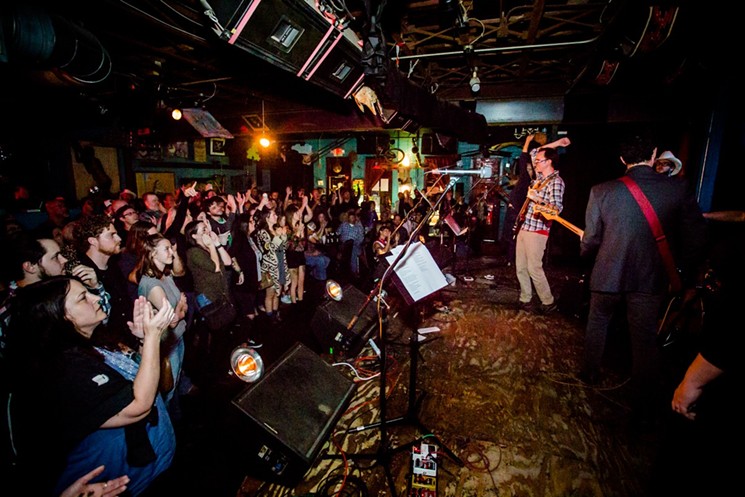 Dan’s Silver Leaf
103 Industrial St., Denton
Upcoming shows: Joe Ely, Eleven Hundred Springs, Jimmie Dale Gilmore
To claim that Denton’s thriving country/folk music circuit should not at least be partially attributed to Dan Mojica and his venue Dan’s Silver Leaf would be a dubious proposition at best. Over the years, Dan’s has served as a cultural haven for DFW, developing a strong rapport with acts that occasionally forgo opportunities to play bigger shows elsewhere just to honor their history with this Denton institution. Hayes Carll played his first sold-out touring gig here, and bands such as Drive-By Truckers and The Gourds used to take up calendar real estate back during the Dan’s Bar days.

The Kessler Theater
1230 W. Davis St., Dallas
Upcoming shows: Junior Brown, Jack Ingram, Joy Williams (of the Civil Wars)
When touring acts first step into a venue, they want to see a room that has all its ducks in a row. They want the production manager to greet them, they want the in-house sound engineer to be there to show the touring engineer the ropes, they want the catering to be fully prepared once they walk into the green room, and they want the show to happen without any impediments. These are simply standard and have become expected amenities, but somehow, the Kessler manages to go above and beyond in achieving them. The lights and sound are top notch, the feeling of intimacy that the venue provides is almost unmatched and the programming is solid, but don’t take our word for it. Any venue that repeatedly brings back Lucinda Williams, Billy Joe Shaver and Lee Ann Womack is evidently doing something right. 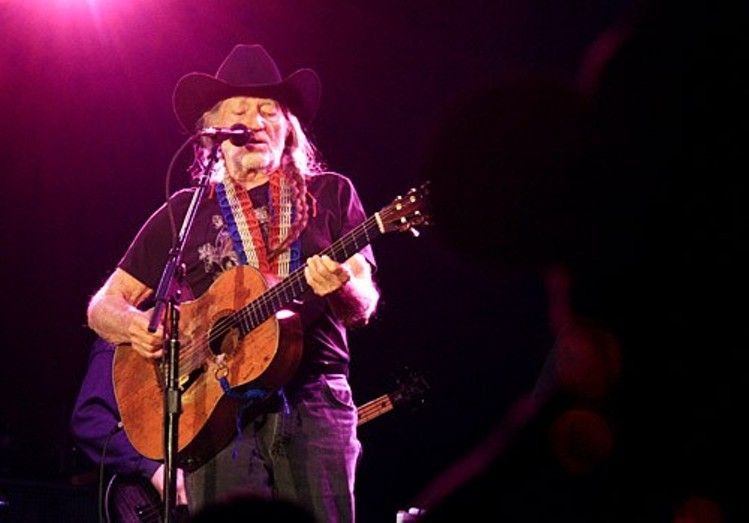 Billy Bob’s Texas
2520 Rodeo Plaza, Fort Worth
Upcoming shows: Willie Nelson, Charley Crockett, Pat Green
It is easy to dismiss Billy Bob’s as nothing more than a tourist trap given its status as “The World’s Largest Honky Tonk,” but make no mistake, this 100,000-square-foot complex is one of the most important staples in the entire country music genre, having served as stomping grounds for artists such as Waylon Jennings, George Strait and Merle Haggard. It also offers a massive dance floor for those nights when you want to pretend to be John Travolta or Debra Winger in Urban Cowboy.

Love & War in Texas
601 E. Plano Pkwy., Plano
Upcoming shows: Eleven Hundred Springs, Mark David Manders, Jon Christopher Davis
Given the abundance of bars in Plano that serve water in mason jars and have succulents hanging from the ceiling in glass pods, bars such as Love & War in Texas stand out. Plano is not considered a country music hotbed even by DFW standards, but this bar is where Miranda Lambert, Eli Young and Cross Canadian Ragweed would cut their teeth before achieving mainstream acclaim. Despite boasting such a roster, Love & War never tried to get into bidding wars with competitors to get some big marquee act, and it was never a tax write-off or an ego project for some wealthy investor trying to acquire street cred. This venue has always placed special emphasis on quality and culture, and its reputation in the local country music scene is a testament to that.

Fort Worth Live
306 Houston St., Fort Worth
Upcoming shows: Kinky Friedman, David Olney, Curtis McMurtry
Ever since its grand opening in April 2017, Fort Worth Live has already created a good name for itself for the intimate atmosphere that it provides for singer-songwriter gigs, as well as the frequent curation of folk/country-centric music. The venue has also filled an important void following the closing of venues such as The Live Oak and The Grotto. This listening room offers its stage as a canvas to fresh faces trying to make a career for themselves, as well as legends such as Kinky Friedman and Ramblin’ Jack Elliott. 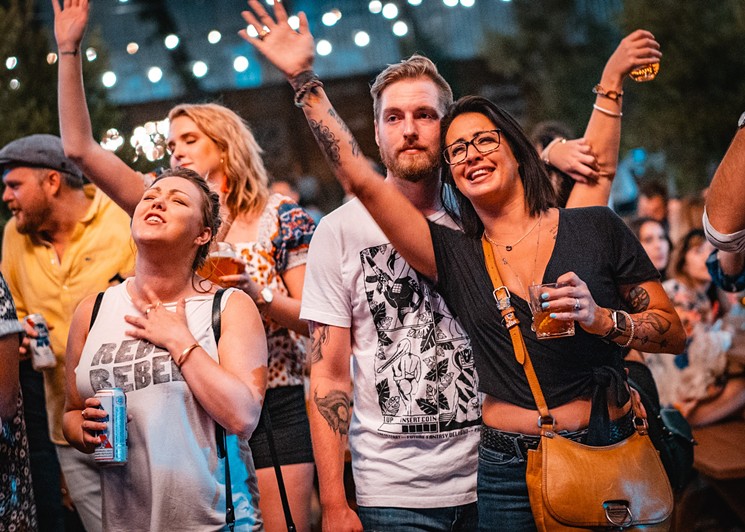 The Rustic
3656 Howell St., Dallas
Upcoming shows: Margo Price, Tyler Childers, Trampled by Turtles
The Dallas venue co-owned by none other than Pat Green himself has been successful enough that it opened a satellite location in San Antonio and just cut the ribbon for its Houston location on Thursday. Pretty impressive feat for a proof of concept that got put to the test just five years ago. The Rustic has become a destination hangout spot for reasons even outside of its music programming, but even that has been excellent. The spacious outdoor venue reels in acts that would otherwise play small clubs, mid-sized corporate venues and everything in between. Green himself also plays the room frequently, because why wouldn’t he?

Granada Theater
3524 Greenville Ave., Dallas
Upcoming shows: Drive-By Truckers, Cory Morrow, Ray Wylie Hubbard
Ever since opening as a concert hall in 2004, Lower Greenville’s Granada Theater has put itself on the country music map, hosting a myriad of big names such as Willie Nelson, Leon Russell and Steve Earle. This post-war movie theater-turned-live music venue has amassed years of critical acclaim from critics and musicians alike, especially those involved in country music. Its smaller, adjacent counterpart Sundown at Granada offers free shows for those in the mood for country music in the form of background noise during a meal. If you are one of those people, heed the words of Jeb Bush, and “Please clap.”

Bass Performance Hall
525 Commerce St., Fort Worth
Upcoming shows: Dwight Yoakam, Robert Earl Keen, Bruce Robison
This 2,000-capacity concert hall was designed with symphonies, operas and musicals in mind, but this venue has found favor with country/folk acts as well. Robert Earl Keen and Lyle Lovett notoriously pick Bass Performance Hall as their tour stop whether on the road together or separately, and artists such as Loretta Lynn, Kris Kristofferson and LeAnn Rimes have all set foot on the stage on more than one occasion. The venue’s acoustics are, well, those of a symphony hall, so it goes without saying that the sound quality is superb. If you prefer to see country music in a classy environment that is the complete antithesis to that of a honky tonk, this is the venue for you.
KEEP THE DALLAS OBSERVER FREE... Since we started the Dallas Observer, it has been defined as the free, independent voice of Dallas, and we'd like to keep it that way. With local media under siege, it's more important than ever for us to rally support behind funding our local journalism. You can help by participating in our "I Support" program, allowing us to keep offering readers access to our incisive coverage of local news, food and culture with no paywalls.
Make a one-time donation today for as little as $1.