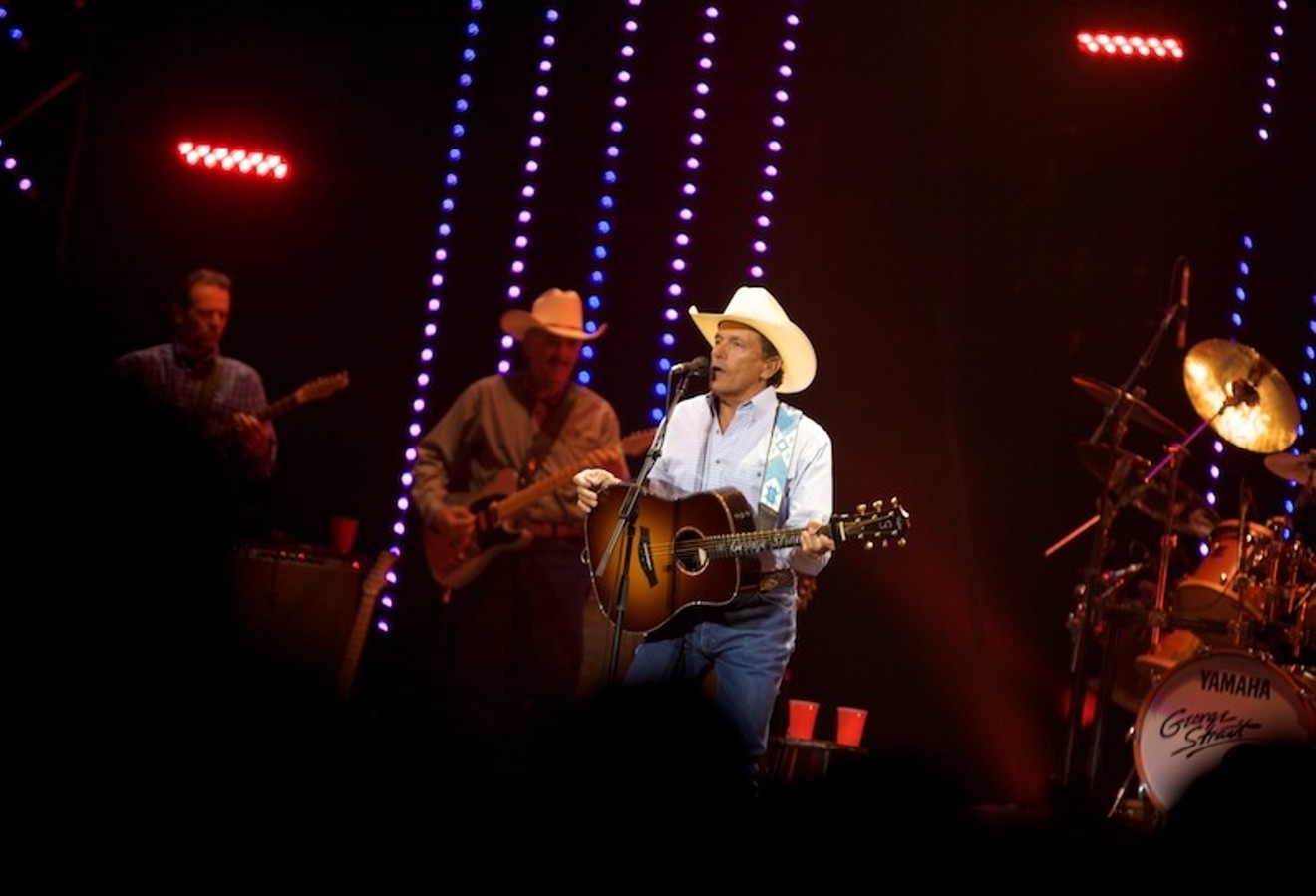 George Strait adds a second show for Fort Worth. Patrick Michels
As we reported in November, the aptly named King of Country is scheduled to perform an intimate show at Fort Worth’s Dickies Arena, a 14,000-seat multipurpose arena anticipated to open next fall.

Predictably, thousands of George Strait fans waited patiently then in Ticketmaster’s virtual waiting room (even on the internet, you can’t escape the draining task of sitting in a waiting room), eager to hit F5 as 10 a.m. rolled around. Much to thousands of people’s vexation, that wait was for nothing.

Suffice to say, the powers that be have listened and are blessing us with a second date at Dickies Arena on Saturday, Nov. 23.

Word of advice to those trying to cross King George off their concert bucket list while being frugal — you could fly to Las Vegas and see him at the T-Mobile Arena on Friday, Aug. 23 or Saturday, Aug. 24. With ticket prices, airfare and lodging included, that would be a more economical option.
KEEP THE DALLAS OBSERVER FREE... Since we started the Dallas Observer, it has been defined as the free, independent voice of Dallas, and we'd like to keep it that way. With local media under siege, it's more important than ever for us to rally support behind funding our local journalism. You can help by participating in our "I Support" program, allowing us to keep offering readers access to our incisive coverage of local news, food and culture with no paywalls.
Make a one-time donation today for as little as $1.