We Checked Out the Musicians Who Played the Dallas QAnon Convention 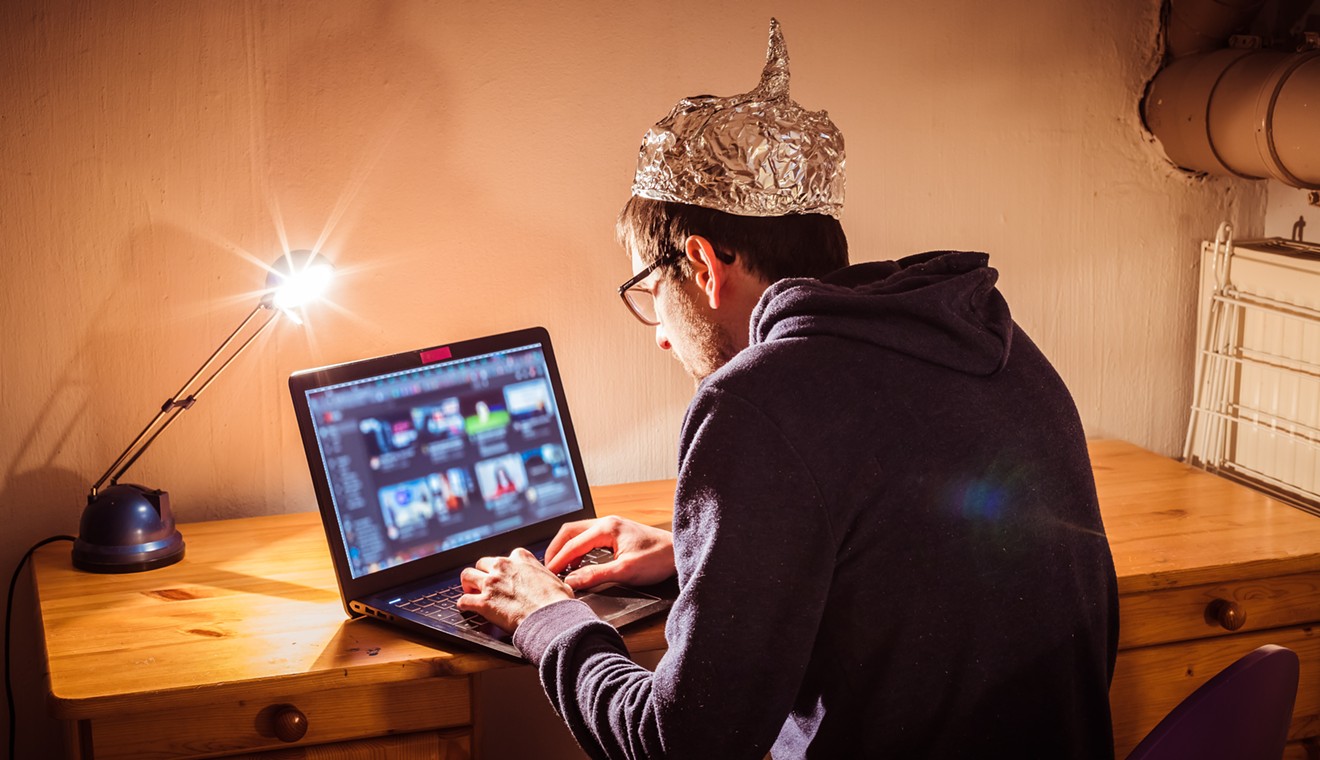 The QAnon convention in Dallas this past weekend featured music performances. We checked them out. Patrick Daxenbichler/Getty
The delusapalooza called the For God & Country Patriot Roundup, which went down in Dallas this Memorial Day weekend, offered more than just political circus acts like pardoned Lt. Gen. Michael Flynn, election conspiracy attorney Sidney Powell and a doctor who doesn't believe in medical science, Dr. Judy Mikovits. Guests were also treated to live music, because even people who take the spittle shooting rants of Rudy Giuliani seriously need a mental palette cleanser.

Unfortunately, we weren't able to actually review these concerts because the convention didn't provide press passes to any media outlet or person who doesn't agree with 100 percent of the wild claims and philosophies made by its organizers. But that couldn't stop us from scouring the web for song samples of the QAnon convention performers to get some idea of what we could've heard in between U.S. Rep Louie Gohmert's stories about ISIS recruiting babies as toddler terrorists.

Mark Winston Kirk
Try to imagine the look of shock on our faces when we learned that one of the headlining acts at a super hard right-leaning political convention was a country singer. It's like trying to contain your amazement at the news that Kanye West thought he actually had a shot at becoming president.

If you're into country music regardless of what you believe about Hillary Clinton's emails, Kirk can produce some nice sounds whether it's a cover or one of his originals. The Shiner-born and Austin residing country singer scored a significant amount of airtime on the country chart with tunes "Untold Story," "The Party Starts Here" and "Cowboy & The Gypsy," a lovely ballad between two seemingly opposite people. It's an even sadder feeling when you realize the people listening to this tender ballad weren't likely to pick up on its call for understanding and acceptance.


J.T. Wilde
The self-described "soul bringer" from Florida may look like a long haired, guitar gripping hippie, but he makes it very clear where he stands on the political aisle with his music. His tone is so right-wing that it's surprising that he allows himself to use his left hand to play his guitar.

According to his website's bio, Wilde's soul-infused rock took the red pill in 2016 when "J.T. found himself called to the patriot movement. He watched as our country was being lied to and torn apart by the mass media."  That's when Wilde started writing and recording songs for the Q-Anon crowd such as "Where We Go One," a title that comes from a conspiracy rally cry that goes: "Where we go one, we go all" (or WWG1WGA), and earned it a red flag on SoundCloud.

In 2018, Wilde watched  President Donald Trump's national security adviser, Michael Flynn, get hit with charges for lying to the FBI about his communications with Russian ambassador Sergey Kislyak. Since Wilde knows all about lies that don't require conclusive proof, he produced a song for Flynn and his plight against reality with "Digital Soldiers," a bland rock tune that would make Nickelback fans cringe. He's the living, breathing incarnation of that Kids in the Hall sketch where two '50s-era folk singers sing a Bob Dylan-esque ballad praising Sen. Joe McCarthy's life-destroying raid on invisible communist infiltration and spend the rest of their life saying stuff in music documentaries like "Our days are pretty much filled with regret. The first thing we do in the morning is regret something."

Bella Popa
There isn't a whole lot we could find on Popa's musical output. She's got a Soundcloud page with a couple of sweet sounding covers of Elvis Presley's "Can't Help Falling in Love" and Lennon Stella's "Older Than I Am" and three original tunes including a piano backed love standard called "Eyes." There's also a Instagram page with videos of some of her California coffee shop performances showcasing her talented voice and guitar songs.

This one is just a real headscratcher. Her songs aren't Norah Jones inspired croons about how CNN is run by shapeshifting lizards (unless there's some subtext that we've missed), but are competent and tender. This isn't Lilith Faire. It's a Q-Anon con.

It's not that conspiracy believers can't enjoy music that doesn't skew to their bacteria ridden, political gut. Even the politically rabid are still capable of recognizing and appreciating objective beauty in all things. Let's hope they learn how to recognize it in more than just their music.

Bella Popa ?? · eyes - bella popa
KEEP THE DALLAS OBSERVER FREE... Since we started the Dallas Observer, it has been defined as the free, independent voice of Dallas, and we'd like to keep it that way. With local media under siege, it's more important than ever for us to rally support behind funding our local journalism. You can help by participating in our "I Support" program, allowing us to keep offering readers access to our incisive coverage of local news, food and culture with no paywalls.
Make a one-time donation today for as little as $1.