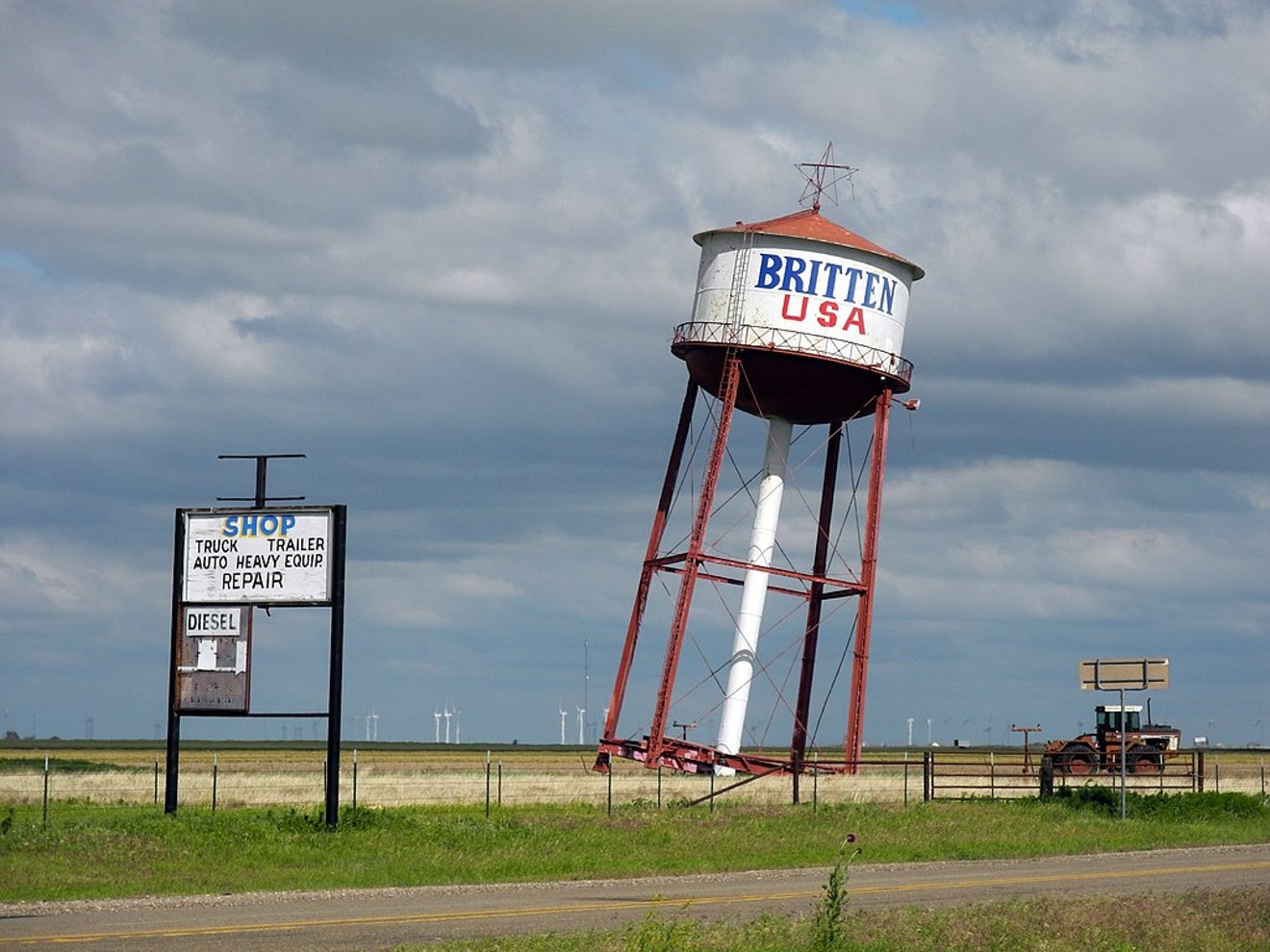 The Leaning Tower of Texas is one of many roadside attractions around the state. Gorup de Besanez, CC BY-SA 4.0, via Wikimedia Commons
In May, we brought you a list of 10 unique things you can see from Texas highways - but that was just the beginning. We asked our readers for cool sights they’d experienced from their vehicles while driving in Texas, and the more than 100 observations ranged from the beautiful to the horrific to the sublimely weird (not unlike Texas itself.) So here we bring you Round Two.


1) Concupiscent Tarantulas  And you thought they were just hairy. Every May and June and again in September, these horny spiders scuttle across the arid mesquite landscape in droves, looking for females. They stay put. But the libidinous males — and really, is there any other kind? — come out of their underground homes and flow across roads and highways like a river, en masse, crunching under tires like a horror movie and freaking out arachnophobes every mating season. They’ll go as far as a mile — a long way for a five-inch spider — and continue their hunt until they get tired or a female eats them. In an article posted by the National Wildlife Federation, expert David Sissom of West Texas A&M University in Canyon recalled stopping on Highway 385 just south of Odessa early one summer morning in 1986. "There were hundreds of tarantulas crossing the road, all moving in the same direction," he says. "For 100 yards or so, there was easily a tarantula every meter or two. It was pretty incredible.”

2)  The Leaning Tower of Texas  For such a small town, Groom (pop. 563) boasts two well-known highway landmarks. One of them, the giant cross, was explained in Part One of our Texas Highways lists. The second one, the Britten Water Tower, is much more secular and at least as beloved. Initially a functioning water tower in a nearby town, the tower was going to be demolished but was ultimately saved by a man named Ralph Britten, who bought it and moved it to a spot on I-40 on the east end of Groom. It was going to actually hold water, but ended up serving as a sign for his gas station and restaurant. Deliberately buried at roughly an 80 degree angle to attract visitors, the tower instantly became a hit. That stop is now shut down after an electrical fire destroyed it. But the oft-photographed leaning tower remains a popular tourist break for road-weary travelers along Route 66.

?i Including the canyon is really just a clever way to include the breathtaking 1944 Pecos River High Bridge, which technically you don’t see from Historic U.S. 90 in Del Rio because you’re actually driving over it. The highest highway bridge in Texas, which is also 1,390 feet long, is actually its third iteration (the first two built for the Southern Pacific rail lines, the nation's first southern transcontinental railroad, in 1883 and 1892). The most famous of it the three is the second one, known to historians as the Pecos Viaduct, constructed in a viaduct style with cantilever center sections about 440 feet downstream from the current one, according to the Texas State Historical Association. The 1892 one was supported by two dozen towers and had a total length of 2,180 feet rising 321 feet above the river. It was eventually dismantled and sold in pieces, but parts are still available for viewing at the Seminole Canyon State Historical Park. Some 18 miles east of Langtry on the south side of U.S. 90, there’s a spot with picnic tables open 24 hours for stunning canyon views.

4) West Texas tumbleweeds   The image of tumbleweeds, those dried up Russian thistles bouncing across the arid prairies along the highways of West Texas and the Texas Panhandle, carries some romantic notions — if your yard isn’t filled with them. In recent years, drought conditions have turned the iconic tumbleweed into a nuisance for residents who have become accustomed to driving along I-20 and seeing a tumbleweed the size of a Ford F-350 pickup rolling alongside them. But even they weren’t prepared for the onslaught that, during certain times of the year (winter being one of them), can cut off access to homes, pull down fences, fill up backyards and cost homeowners weeks of work trying to rid themselves of this shallow-rooted plant. But even with the problems they create, it’s hard not to feel like you’re in the Wild Wild West when you’re raising a huge tumbleweed down a lonely stretch of prairie highway.

5) "Big Sam" Houston statue  The 67-foot figure of Sam Houston outside Huntsville is the world’s tallest statue of the American hero. Standing stark white on a 10-foot sunset granite base and watching over travelers on I-45, the statue was conceived, designed and built by artist David Adickes. The statue is officially named “A Tribute to Courage,” but most know it as “Big Sam.” It was meant to be completed on Houston’s 200th birthday in 1993, but the construction — which used up 30 tons of concrete and steel, took longer than expected and the statue was dedicated on Oct. 22, 1994.