Amid Complaints About its Nightclub Vibes, Cafe Salsera Re-Concepts as a New American Eatery 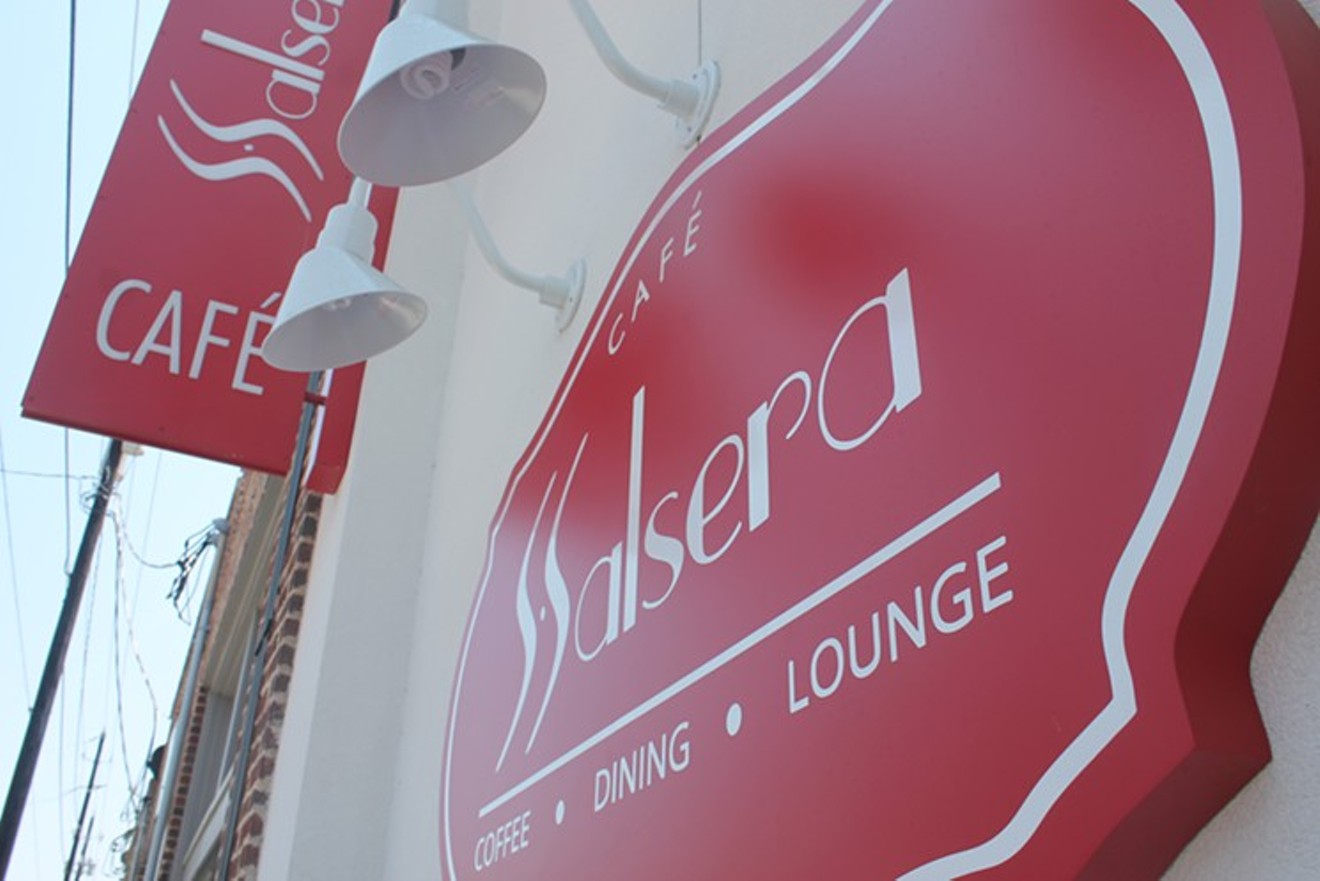 Salsera opened in July 2015 as a Latin American restaurant, but it later became known more for its raucous late-night scene. Kathryn DeBruler
During early evening hours, Café Salsera looks like any other Deep Ellum restaurant, save for a smaller crowd than many of the dining hotspots nearby. But on weekend nights around midnight, the mild-mannered restaurant transforms into a packed nightclub, with patrons filling the dance floor until 2 a.m. On social media, DJs promote their events at the restaurant by advertising bottle service and nightclub-esque dress codes.

This duality doesn't sit well with everyone in the neighborhood. Deep Ellum residents and workers have complained on social media about large, intoxicated crowds pouring out of Salsera late at night, disrupting traffic and starting fights, and a lack of adequate security to handle the overflow. Reviews of the restaurant on social media give a peek into the restaurant's second life as a full-blown dance club.

Read Eddie R.'s review of Cafe Salsera on Yelp
Restaurant owner Carey Chan knows that Cafe Salsera has caused some friction in the neighborhood. This week, he announced some changes — changes that relate more to the restaurant's food than its second life as a nightclub. Salsera is moving away from its original concept as a Latin American restaurant and re-concepting as a New American restaurant.

"The Latin American cuisine, it didn't really work out," Chan says. "It could've been many things. ... Our previous kitchen management just didn't execute it correctly. We've had a little bit of trouble with the operation side on the service end, but we're working really hard to fix that."

In a press release this week about Salsera's changes, Chan announced that new executive chef Armando Aguilar, formerly of CBD Provisions, Knife and Bouchon 1314, has transitioned the restaurant to a new menu of dishes like tuna tartare ($15), a pork belly tasting plate ($13), smoked mac and cheese ($7) and strawberry mousse with sage sorbet ($8).

Café Salsera's new menu features halibut with chorizo and orzo pasta, sautéed wild mushroom, parsnips and a pea puree ($19).
Courtesy of Carey Chan
For now, Salsera is only serving dinner and brunch, but Chan says it plans to get back into breakfast and lunch. But the restaurant will continue to operate late on weekends.

"We stopped advertising the bottle service and stuff; we really are trying to encourage people to come in early, grab some dinner and stick around for our late-night entertainment," Chan says. "We're not trying to come off in any way intentionally as a nightclub; it just so happens that people love that about us."

The restaurant will still host salsa dancing — "We'll have it earlier on Tuesdays and Thursday through Saturday after dinner," Chan says — and will continue to host what he calls "late-night entertainment." But he's hoping the shift in the kitchen will translate to a shift in the restaurant's patronage.

"Right now, we just really wanna focus on the foundation of our establishment, which is food," he says. "We really wanna give people a grand experience when they come to Café Salsera."

When Deep Ellum residents started complaining about Salsera's late-night crowds earlier this spring, Chan says, the crowds only got bigger.

"Whenever the neighborhood was complaining, that's when we started to get more and more popular," he says. "Since then, we've adjusted and beefed up, having more security around just to make sure everything goes well."

"We stopped advertising the bottle service and stuff; we really are trying to encourage people to come in early, grab some dinner and stick around for our late-night entertainment." – Carey Chan

But he's not convinced that the videos of street fights and intoxicated people posted to social media are related to his clientele.

"We're also right next to 7-Eleven — a lot of people tend to pin a lot of stuff that happens by the 7-Eleven on us," Chan says. "We've talked with the city and code compliance, so we're doing everything we can."

Salsera's new menu has been rolling out slowly over the last two weeks but wasn't formally announced until this week, so any tangible change at Salsera remains to be seen. Chan looks forward to a shift in culinary direction, but he's made it clear that Salsera's dance aspect — both in classic salsa and late-night DJs — won't change.

"Deep Ellum is a special place, and we want to keep it that way," Chan says. "Salsa dancing is an art itself, a bodily self-expression that requires skill and rhythm, which is something we love to bring and help diversify the neighborhood and the arts district, along with it becoming a great area to dine in."