El Chifrijo: The Long and Interesting Path of a Puerto Rican Food Truck to Dallas 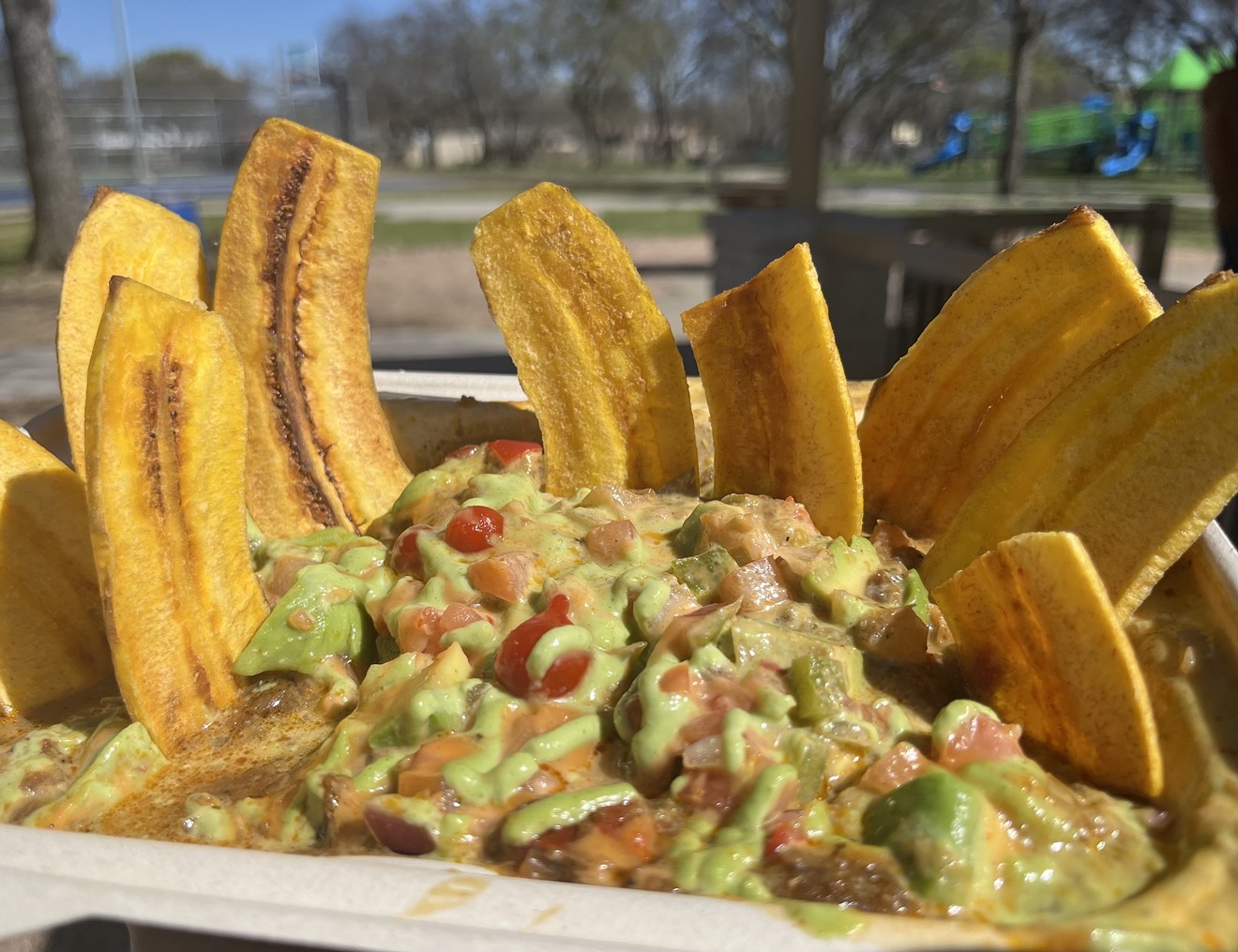 Puerto Rican nachos from El Chifrijo Anisha Holla
It was a hurricane that initially brought the island flavors of El Chifrijo to Dallas.

Chef Marko Ramirez-Pursley, who is from Puerto Rico, graduated from culinary school in Costa Rica and started his food truck, El Chifrijo, in his hometown in 2015. He often set up his truck near a beach with tall palm trees arching overhead. He had a booming beachside business until 2017, when Hurricane Maria devastated the island.

Two months later, with Puerto Rico facing a long and complicated recovery, Marko moved to Dallas to start over. He got a job at the Dallas Farmers Market while living in a small one-bedroom apartment with four other Puerto Ricans and two dogs. 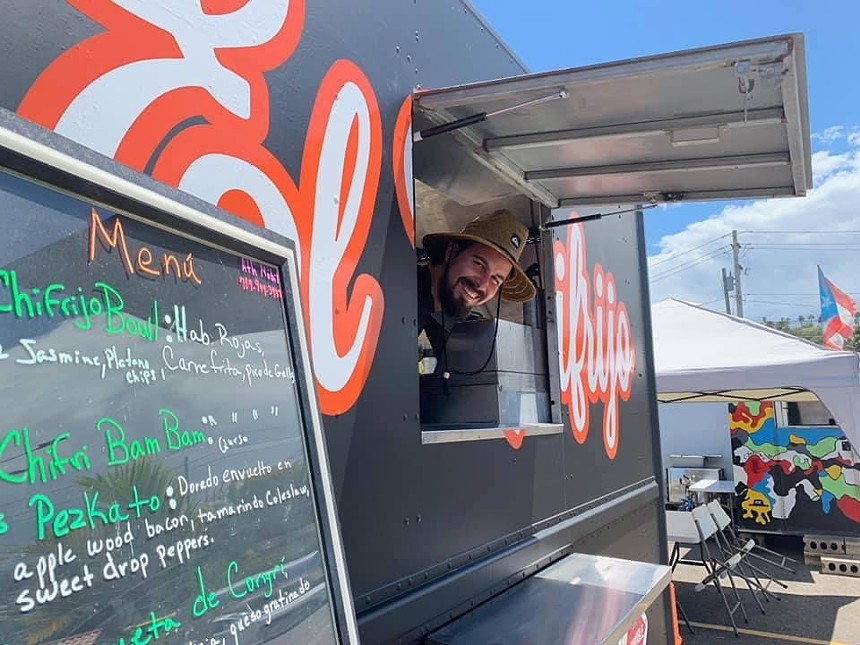 Marko served beachside from his truck in Puerto Rico prior to Hurricane Maria.
Courtesy of El Chifrio
He eventually created new relationships and connections, including his husband, Allen Pursley-Ramirez, who now helps manage his business along with their business partner, Jonathan March. They encouraged Marko to bring El Chifrijo — the food truck — to Dallas. In August 2019, he had his food truck loaded onto a cargo ship, where it took a two-week voyage to Florida. From there, Marko and another friend drove it to Dallas; a full 24-hour "whirlwind" road trip.

Alas, just about when they were ready to get the El Chifrijo rolling, the pandemic hit. They managed to keep the business afloat through 2020, and by late 2021 El Chifrijo started reaching new customers at places like the Dallas Arboretum, Perot Museum, The Truck Yard and the Live! by Loews hotel in Arlington.

The next step for these culinary entrepreneurs was a delivery and to-go ghost kitchen at Taste of Towerwood, which is located in an inconspicuous industrial building on the outskirts of Farmers Branch. It might be a wee bit hard to find, but after you do, is it worth it.

Start with an order of the empanadas, which comes in single or double packs. Choose between a hearty empanada — stuffed with meat, cheese and sweet plantains — or a vegetarian option. Both offer a crispy pastry fried to a golden caramel color that quickly flakes when bitten into. Inside the flavors are a mix of sweet, savory, tangy and everything in between with an ideal crust-to-filling ratio.

Puerto Rican nachos from El Chifrijo
Anisha Holla
The fried-food lover may find their eyes floating over to the “mini mofongwoah!s,” El Chifrijo’s nod to the Puerto Rican mofongo. The dish draws most of its flavor from the base, made of mashed plantain laced with garlic before being deep-fried. Lightly crisp on the outside and soft throughout, the mofongo has comforting textures, somewhat reminiscent of a mashed-potato consistency. As in most of the dishes, customers are left to steer the creative wheel themselves, with toppings ranging from roasted pork or beef to caramelized vegetables. The plate comes with three good-sized “Mofongwoahs,” enough to share … or maybe not.

"Mini mofongwoah!s"
Anisha Holla
Those less fond of sweet flavors should consider the congri croquette, finely mashed rice and beans rolled into a ball and deep-fried to give it a crunchy exterior coat. It's served atop a bed of beef or roasted vegetables.

Customers who want to err on still a safer side of the culinary adventure spectrum can opt for the Chifri street tacos, tacos served on either a flour or corn tortilla, stuffed with your choice of roasted vegetables, pork, chicken or beef.

El Chifirjo, 3230 Towerwood Drive (Farmers Branch), 11 a.m. to 11 p.m. Wednesday - Sunday. Closed Monday and Tuesday.
KEEP THE DALLAS OBSERVER FREE... Since we started the Dallas Observer, it has been defined as the free, independent voice of Dallas, and we'd like to keep it that way. With local media under siege, it's more important than ever for us to rally support behind funding our local journalism. You can help by participating in our "I Support" program, allowing us to keep offering readers access to our incisive coverage of local news, food and culture with no paywalls.
Make a one-time donation today for as little as $1.