Do We Need Flaming Hot Mountain Dew? Hell No. 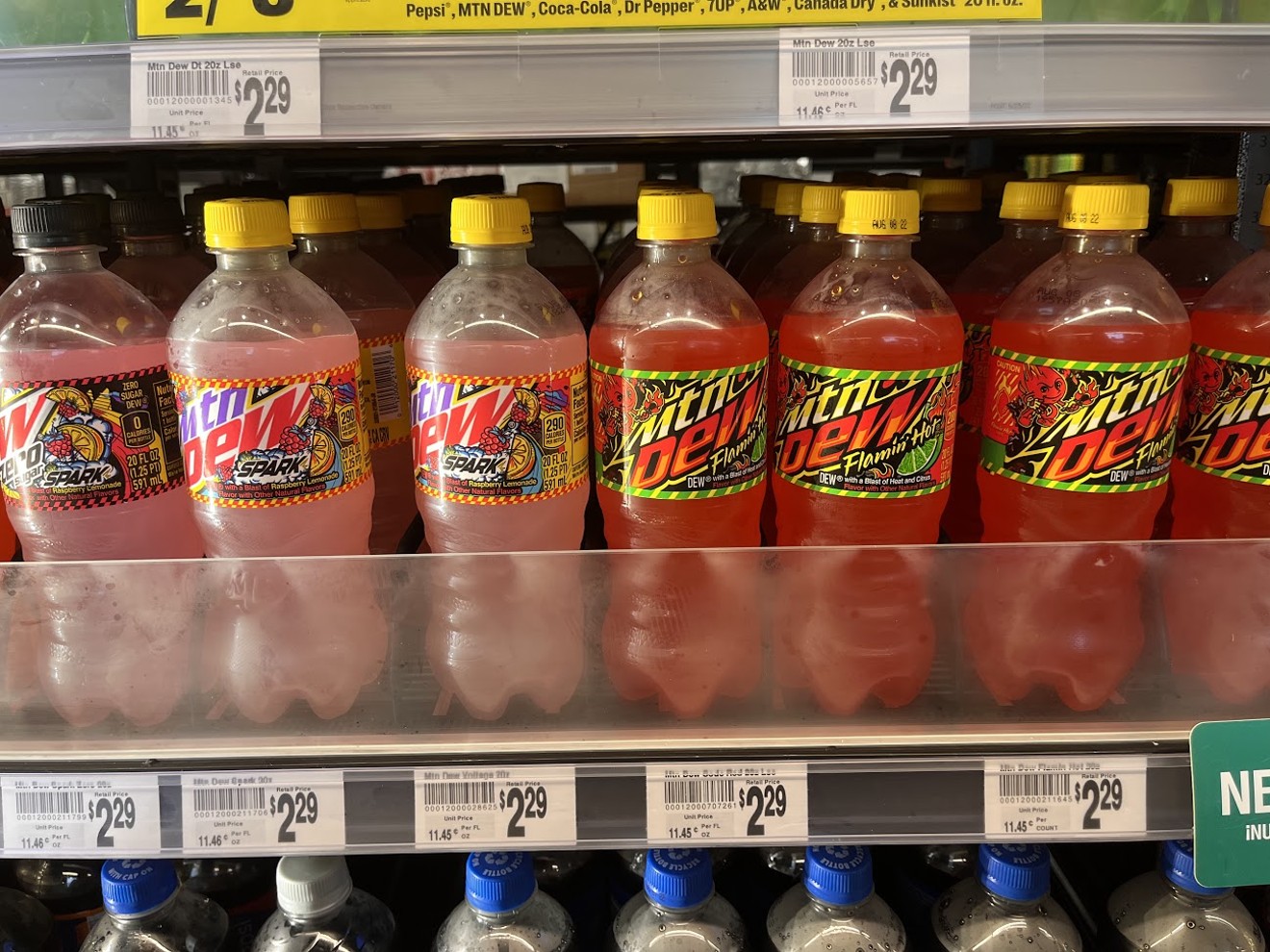 Your eyes are not punishing you. Mountain Dew has a "Flaming Hot" flavor and before you ask, you did nothing wrong. Danny Gallagher
Oreo is to blame for this mess.

They (technically Hydrox but it doesn't deserve the blame) created the most iconic cookie sandwich treat. It's simple. Two chocolate cookies house a flat dollop of sugary creme. You dunk it in milk. You twist it apart. You eat it. It fills that tiny void of pleasure the day denied you.

That wasn't good enough. They started to make vanilla-flavored cookies with creme in the middle. It's not the same, but they were still satisfying. Then someone just went crazy. They tried to cram every pleasurable flavor into its cookie formula whether or not it worked: jelly doughnuts, red velvet, birthday cake, Marshmallow Peeps, root beer float, caramel apples.

Then someone made Watermelon Oreos. Really. They looked at a melon and thought, "That should be a cookie." If there's a god watching over us, they've been fired and forbidden by court order to work in the food industry.

This propelled food brands into flavor combinations that strayed far from the original concepts.

So, of course, Mountain Dew, the soda you drink when you need to stay awake but can't afford cocaine has been experimenting with new flavors. It started sensibly with flavors that sound like failed ska bands such as the cherry-flavored Code Red and the cool blue Baja Blast.


someone at the gas station this morning bought a Flamin’ Hot Mountain Dew, took one sip, and realized they didn’t need that energy in their life pic.twitter.com/ldrgSofY0F

Then it had nowhere else to go but uncharted territory, and someone in the syrup flavor department just said "fuck it" and released onto this land Flamin Hot. That was not an incomplete sentence. The flavor is called "Flamin Hot." You know it's going to be bad when the flavor name is just an adjective that can't bother to be paired with a noun.

Before committing to tasting, however, a bit of palate preparation was in order. Starting light, another new flavor is the Baja Mango Gem. It's sweet, but it's really just your basic orange soda. It's good, but it's not a face-punching flavor, more like a carbonated Sunny D.

The Raspberry Lemonade Spark is crisp and a little bit complicated, which is more than anyone can expect from a mass-produced soda brand. It's actually quite refreshing in this modern summer hellscape we've just accepted as our regular climate.

The Major Melon tastes like someone grabbed a handful of watermelon Jolly Ranchers, reduced them on an open stove like some kind of neon spaghetti sauce, ran it through a Sodastream and poured it back in the bottle.

Then finally and because it couldn't be put it off any longer, there's the "Flamin Hot" soda. The label implies there might be a citrusy lime taste to this spicy soda, but it has neither.

The "Flamin Hot" refers to the flavor of Cheetos that carried an underdog story of how it was invented by a janitor at the Frito-Lay plant in Rancho Cucamonga until the LA Times debunked the story using basic chronological logic. This soda is already lying to me.

The lie was confirmed after the first sip. It has no spicy taste. It has no lime taste. The closest it gets is summer camp bug juice. The flavor is so nonexistent that I thought my COVID might be coming back and messing with my taste buds. So I took a bigger sip and still nothing, which is even more infuriating. It's like getting dumped by the ex who clearly broke your heart but you thought deserved a second chance.

The only semblance of discomfort showed up around 20 minutes when my stomach wondered what it did to deserve this extreme high fructose corn syrup torture.
KEEP THE DALLAS OBSERVER FREE... Since we started the Dallas Observer, it has been defined as the free, independent voice of Dallas, and we'd like to keep it that way. With local media under siege, it's more important than ever for us to rally support behind funding our local journalism. You can help by participating in our "I Support" program, allowing us to keep offering readers access to our incisive coverage of local news, food and culture with no paywalls.
Make a one-time donation today for as little as $1.