Warm Biscuits and Seasonal Jelly to Fill Your Soul 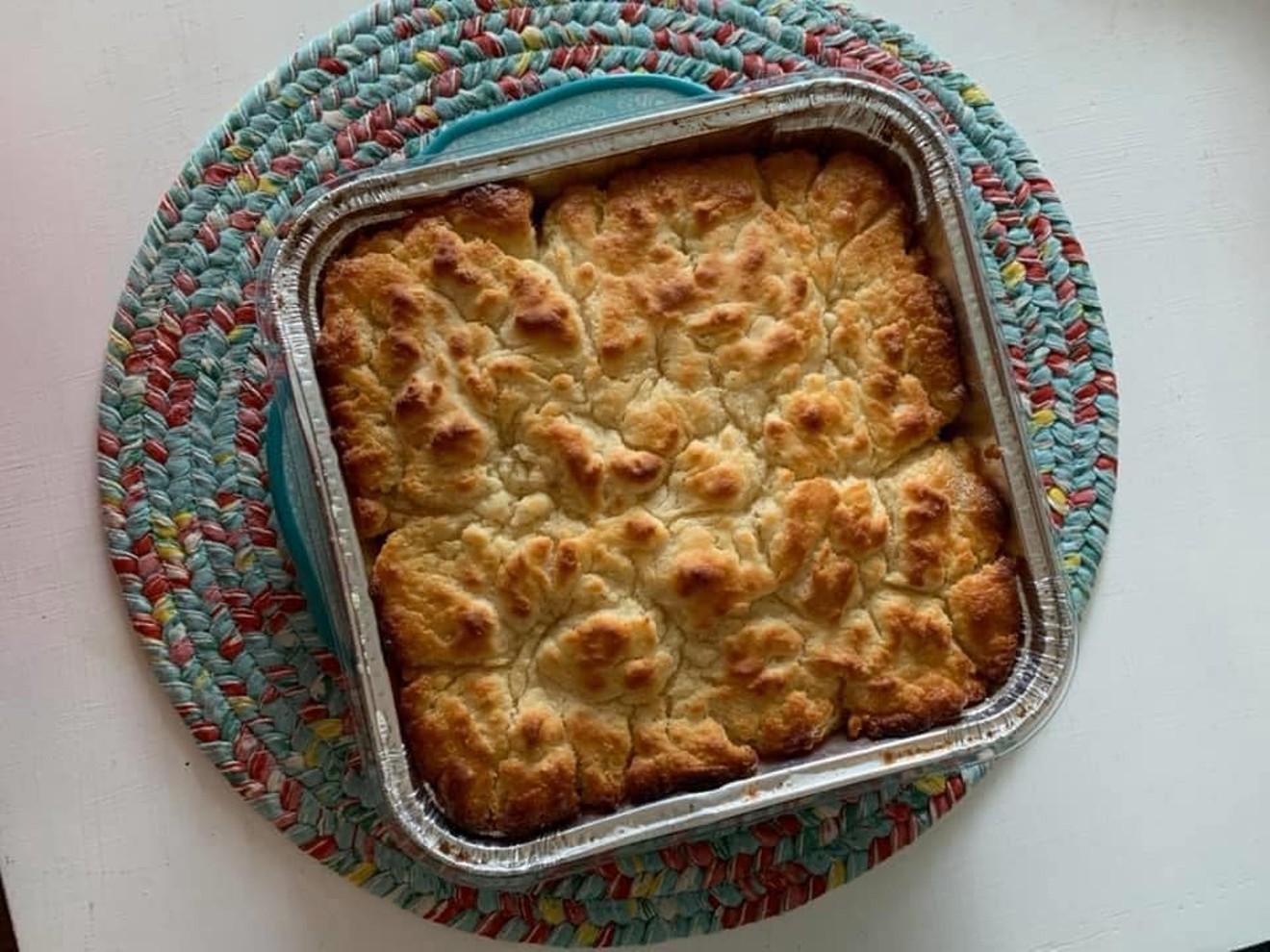 Freshly made biscuits every Fridays will fill that spot in your soul. courtesy of The Jelly Queens
“I have all very yummy days,” is one of the first things Donna Collins told me about herself on the phone recently. It’s not a bad introduction.

Collins is the jelly queen, even though she says there are many, all of whom she's worked or cooked with over the years.

It began on season two (2011) of MasterChef with Gordon Ramsay when she competed and made a Dutch baby with Champagne jelly and fresh fruit. One of the judges told her during the audition that no matter what happens on the show, she needed to get her goods into production.

"After the show was over, at one of our watch parties in a little bar, someone asked me if I could make Champagne jelly, then could I make beer jelly, too," Collins says. "And that is really what started the company.  That bar gave me 22 bottles of beer, different flavors, off the wall, and I turned them all into jelly. Then, we had a jelly tasting contest to see which one everybody wanted me to make, and that’s how the company got started."

Since that day 10 years ago, Collins has won about a dozen awards for her organic jellies, jams and sauces.

How jellies get started.
courtesy of The Jelly Queens

“We make 2,000 jars a month now. We have five stoves. Everything is done by hand, nothing automated. We do everything out of this house; the living room is the store and every other room is a kitchen. It’s organized chaos,” Collins says.

The Jelly Queens focuses on seasonal, organic ingredients determined solely by what farmers have available. Clean, healthy products are a priority. After she receives a new crop of something, she determines a recipe. Then once it’s gone, it’s gone.

“Fig season lasted for about three weeks. We saved some for fun Christmas stuff, but other than that, figs are gone,” Collins says.

“A friend of mine lives in North Dakota, and her pear trees just exploded,” Collins says, explaining a huge basket of pears in her kitchen. “She works for American Airlines and flew down here with 30 pounds of pears. Can you imagine taking those through security?"

Collins has a chef who works with her to develop recipes. Her products can be found in stores around the country, but the best place to shop the storefront on West Lovers Lane. If you wait to go on a Friday, you can also pick up a pan of her homemade biscuits, which she's known for around the neighborhood.

The jelly queen says she often arrives home to baskets or boxes of fresh organic produce on her porch.
courtesy of The Jelly Queens
"Friends used to call me and say, 'My mother-in-law is coming to town, can I come by and get some biscuits," Collins says.

She's also sharing their space with Amor y Queso, which is the brainchild of Sara Carlock. Before the pandemic she casually dabbled in charcuterie boards, but she has since started creating boxes for people to nosh on over the weekend.

The Amor y Queso Friday snack boxes ($45) include local bread, cheese, meats, olives, fruits, nuts and, of course, a jar of jelly from The Jelly Queens.

“I get bread from Empire Baking Company, La Casita, and I source locally as much as possible. I feature two to five local vendors each week,” Carlock says.

After placing an order through their Facebook page (they do run out of boxes, so order in advance), customers pick-up the boxes at The Jelly Queens kitchen on Fridays. There are also snack boxes, which include four smaller sized single-serving boxes.

The Jelly Queen has partnered with Amor y Queso, so you could get this box and those biscuits up top all in stop.
courtesy of Amor y Queso
“A lot of times customers order biscuits, too,” Carlock says.

Collins suggests that if for some reason you don’t finish the entire tin of biscuits immediately after getting them, cut them in half and toast them in some butter in a pan. (We suggest freezing, too, if needed.)

Soon, Amor y Queso and The Jelly Queens will collaborate on a brunch box.

You never know what Collins might produce next, so keep an eye on her social media.

“I get bored really fast. I can only make about 200 jars of something," Collins says.

That's a good thing for all of us.

You can find her available products online, and if you want to order biscuits or a box, do so through The Jelly Queens facebook page.

The Jelly Queens, 4318 W. Lovers Lane (North Dallas). 972-768-2608. Open 2  to 7 p.m. Tuesday through Thursday and 2 to 5 p.m. Friday.
KEEP THE DALLAS OBSERVER FREE... Since we started the Dallas Observer, it has been defined as the free, independent voice of Dallas, and we'd like to keep it that way. With local media under siege, it's more important than ever for us to rally support behind funding our local journalism. You can help by participating in our "I Support" program, allowing us to keep offering readers access to our incisive coverage of local news, food and culture with no paywalls.
Make a one-time donation today for as little as $1.