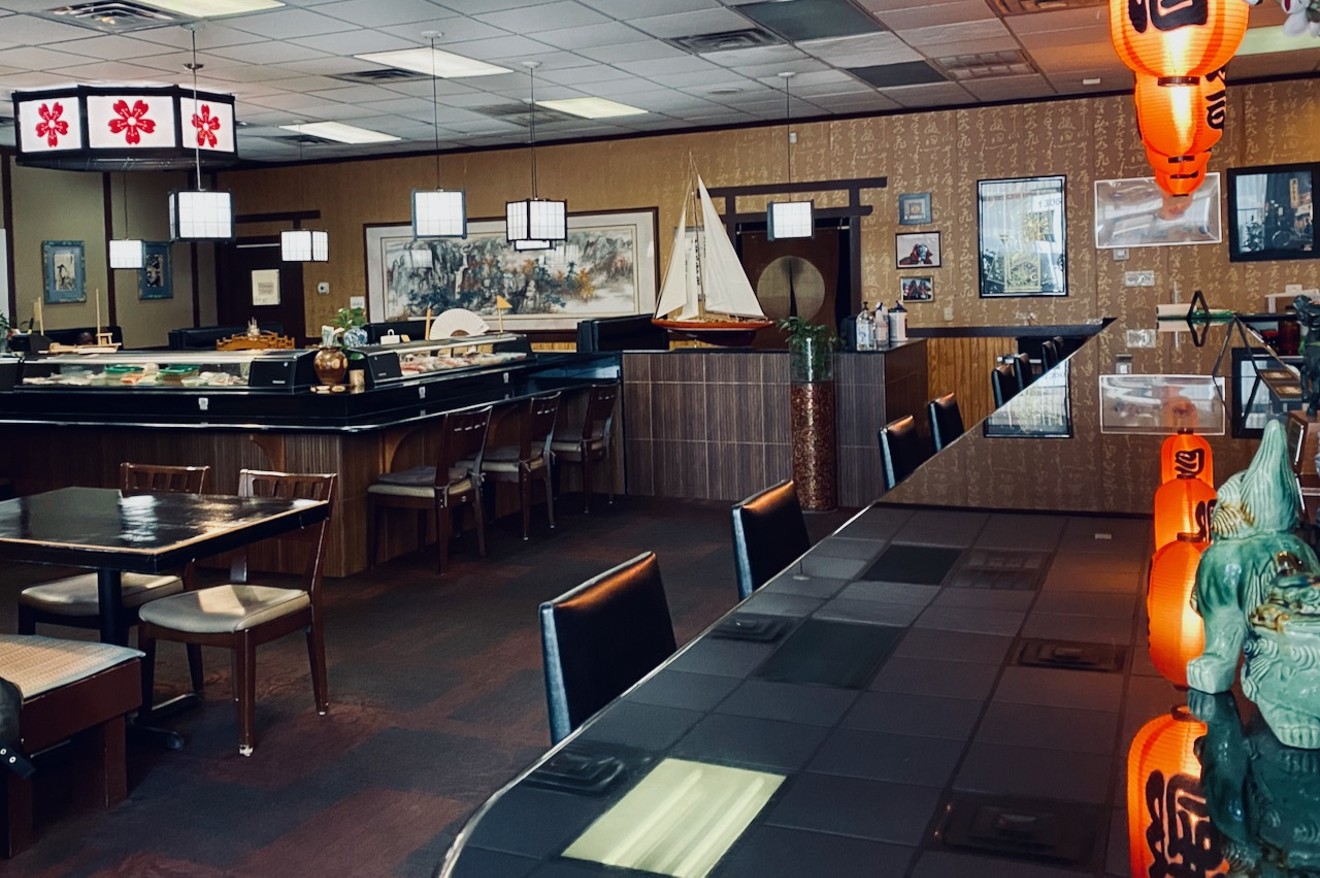 SushiYa has a comfortable dining room, and the bar is a great place to catch a quick lunch. Lauren Drewes Daniels
On Wednesday afternoon the long glossy black granite bar at SushiYa in downtown Dallas sat empty. Red lanterns floated over cushioned bar stools, which were precisely spaced in pairs of two. A rerun of a Rangers game played on mute on the large TV behind the bar.

The setting was enticing, beckoning one to sit, have a drink, a bite to eat and relax a bit.

Kang Lee has worked at SushiYa on Elm Street for 14 years. No one would question the 80-year-old for catching a quick cat nap behind the bar at the tail end of lunch service. He overheard a server and me discussing TikTok, which roused him. He sat up with a big smile on his face and soothed his fly-away white hair.

business has been slow with corona, so it would mean a lot if u came :) ##smallbusiness ##sushi ##texas ##food

Lee is originally from Korea and moved to Texas in the late 1960s to attend Texas A&M Commerce. He has worked in the restaurant business since 1971. He says quietly, “It’s a long story,” drawing out the aw in long.

Lee said that the past 13 months have been bad for the restaurant as downtown commuters abandoned their desks, sapping the restaurant’s midday business. To-go orders from residents helped, but as with so many businesses, the pandemic dealt a punch to their bottom line.

As we chat across the bar, me leaning forward on my seat to better hear him, and the restaurant phone rings. His coworker walks to him holding the phone out and says, “It’s Dallas news,” repeating it again, excited at the attention they’ve been getting. As she walks away, she smiles and says, "He's a movie star now." After the call, Lee asks me if I’ve heard of Spectrum News. I shrug. 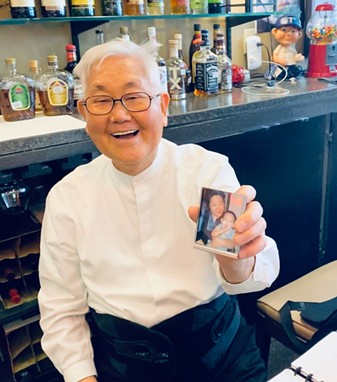 Kang Lee holds a picture of his grandson, Andrew Rafael Kim, who's Tik Tok video has helped business.
Lauren Drewes Daniels
The call, and my own visit, are based on a TikTok video his grandson Andrew Rafael Kim posted on March 19. In a 10-second spot, Kim features his grandfather, other staff at SushiYa and a peek at the menu all set to Beach Bunny’s song “Cloud 9.”

A message along with the video says, "business has been slow with corona, so it would mean a lot if u came :) #smallbusiness #sushi #texas #food."

The video has amassed almost 6 million views. Locally, it was shared on Facebook groups Asian Grub in DFDub and the Downtown Residents Council to encourage people to support the local small business.

And that they have.

Lee says that for the past couple of weeks, in the evening, the line is out the door. They close at 8:30 p.m. spent, not used to the traffic, but grateful. When talking about the uptick in business and how people have responded to his grandson’s video, Lee says demurely, “I’m a lucky man.”

Beyond all the feel-good angles to this story, and there are lots, SushiYa is a lovely spot. Many downtown restaurants have a busy vibe and energy, which is great. But SushiYa taps the brakes on all that. Once inside, the bustle outside is quelled. Groups linger over lunch, chatting across long tables, and solo diners sink into booths tucked around the restaurant. Service is quick and appreciative. And the place is impeccable. 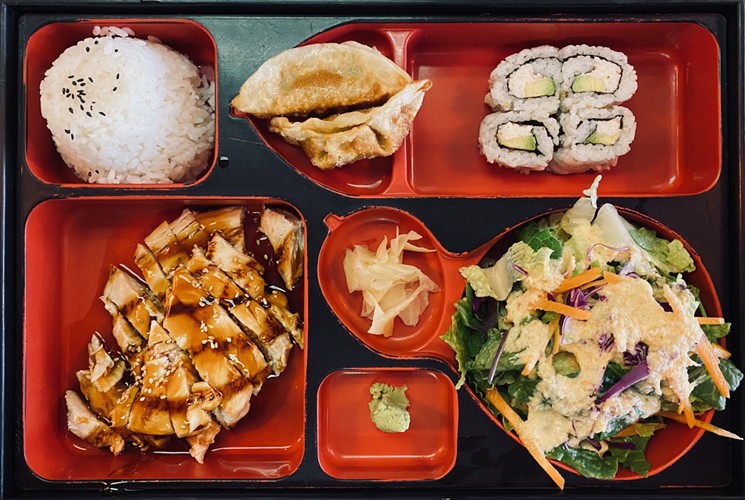 A bento box lunch from SushiYa (No. 2).
Lauren Drewes Daniels
The lunch bento box, No. 2, was an ample lunch. The miso soup is on point, as was sushi on a previous visit. Several reviewers boast about their fried rice.

A lot of residents and downtown workers call in for pickup, which is handled at the far end of the bar. But, just sit down, have a drink and watch the game for a bit. Maybe you'll get to meet a movie star.

SushiYa, 1306 Elm St. (Downtown). Open 11 a.m. - 2 p.m. and 5 - 8:30 p.m. Monday - Friday, 5 - 8:30 p.m. Saturday, closed Sunday
KEEP THE DALLAS OBSERVER FREE... Since we started the Dallas Observer, it has been defined as the free, independent voice of Dallas, and we'd like to keep it that way. With local media under siege, it's more important than ever for us to rally support behind funding our local journalism. You can help by participating in our "I Support" program, allowing us to keep offering readers access to our incisive coverage of local news, food and culture with no paywalls.
Make a one-time donation today for as little as $1.