Jack in the Box Has Tiny Tacos, and We’re Here for Them 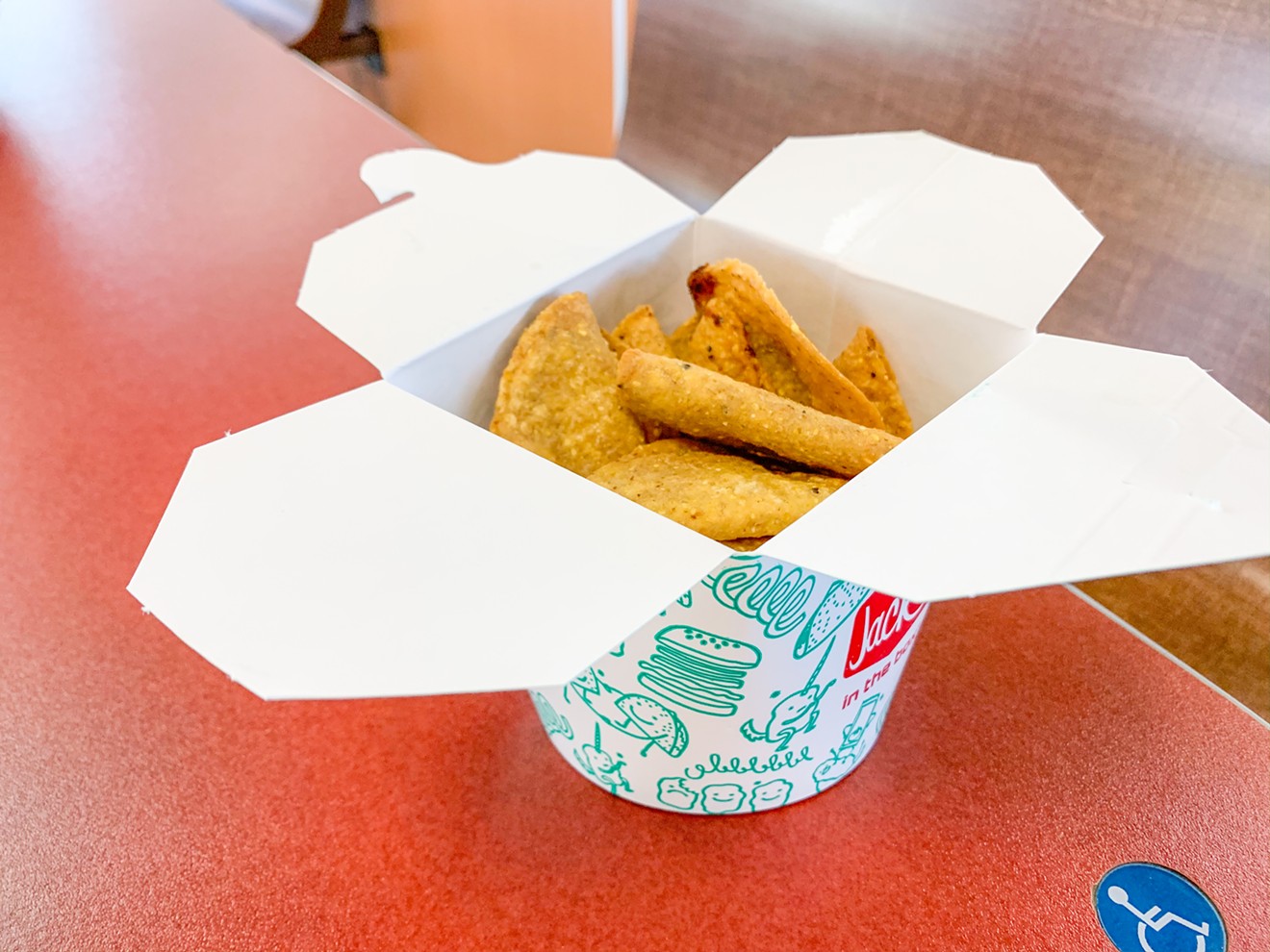 A box of 15 tiny tacos TC Fleming
Logically, we really shouldn’t feel any differently about small food than we feel about normal-sized food.

It’s not like we eat food whole. With both, you’re taking the same size bites. The makeup of those bites is the same. And yet, if there’s sliders on the menu, then I want to get them.

It makes no sense, but small food is more fun.

For this reason, it makes total sense that Jack in the Box has a hit on its hands with tiny tacos. Their standard tacos are already legendary in the fast food space, and pulling a Rick Moranis on them has gotten the internet talking. But do they live up to this hype? My answer is: “Yes, kind of.”

The tiny tacos have two configurations: standard and loaded.

An order comes with 15 tacos, and with $3 for standard and $4 for loaded, that's a steal and a half. I don’t care how small they are, if you eat 15 of something, you’re going to feel satisfied. (Unless they're unsalted, unroasted almonds.)

In the standard, you’re getting a fried hard-shell taco filled with a beef and beans mix. They’re not overly generous with the filling, but there’s 15 of them, so you’ll live. 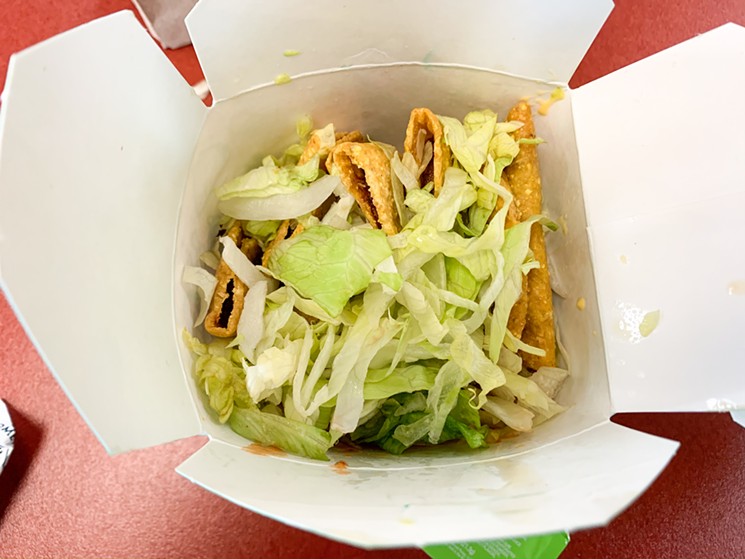 The loaded version
TC Fleming
The loaded version is where we run into a spot of trouble. I am more than 1 day old, so I am aware there is often a gap between how a fast food item looks in promotional images and how it looks when served to you. But even accounting for that, what I was handed was jarring.

The taco box looked like the inside of the Mutt Cutts van from the opening scene of Dumb and Dumber. I don’t need my fast food to be beautiful. No, the issue here is that it becomes impossible to eat it without getting half the queso stuck between your knuckles. I would call that lettuce more mangled than shredded. It also appeared I got the vaunted “all stalk” cut. Things get messy quickly.
TC Fleming
I take such issue with the flaws because despite looking more like a cafeteria trash can than a food item people pay money for, loaded is the way to go. These little babies just sing when you get some queso on them.

And in the end, that’s the only thing that matters: Jack in the Box now has tacos that are smaller than regular tacos, and they’re pretty tasty.

Jack in the Box's tiny tacos are available for a limited time.
KEEP THE DALLAS OBSERVER FREE... Since we started the Dallas Observer, it has been defined as the free, independent voice of Dallas, and we'd like to keep it that way. With local media under siege, it's more important than ever for us to rally support behind funding our local journalism. You can help by participating in our "I Support" program, allowing us to keep offering readers access to our incisive coverage of local news, food and culture with no paywalls.
Make a one-time donation today for as little as $1.