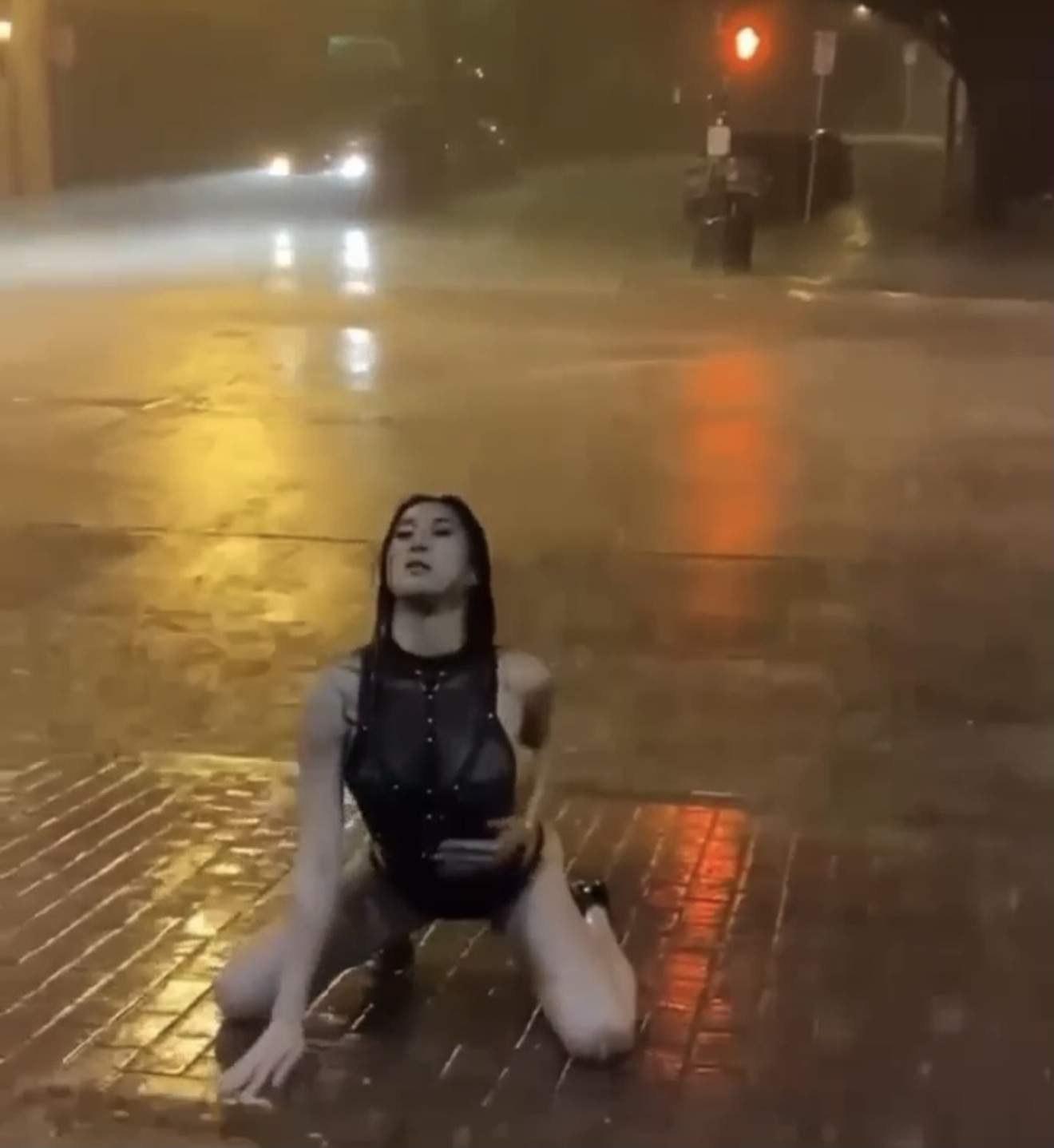 Showgirl Mulan Nguyen conjured up a storm to use it as her backdrop on Monday night. screenshot from Instagram
This week, it rained cats and queens in Texas. On Monday night, as tornadoes and hail forced many North Texans to take shelter, one Dallas drag queen stole Mother Nature’s thunder by putting on a show in the rain.

Mulan Nguyen was working at J.R.’s in Dallas’ Cedar Springs neighborhood, where she performs weekly, when she decided to put on an impromptu dance performance on the street. It probably goes against every storm safety recommendation we learned about on the Weather Channel, but we can honestly say we haven’t seen such a sexy combo of body moves and showers since that one scene in How Stella Got Her Groove Back.

Nguyen says she only recently returned to work at J.R.'s.

The performer has a background in dance and cheering, both of which she did competitively in high school.

“After high school I had to stop dancing and focus on doing nails for a few years then I got really sad because I wasn’t performing anymore,” she says.

On Monday, Nguyen says she had a brief exchange with Cassie Nova, the show’s director and host, that inspired her Rihanna-in-the-“Umbrella”-video moment.

“I was on stage performing, and I made a comment on how much it was pouring outside,” she says. “Already thinking if I should go outside. Cassie took the words out of my brain, said ‘Go perform in the rain,’ and so I did.”

As music blasted from inside the club, Nguyen took to the empty street, in her teeny black stage outfit, and started off the show with a side somersault, landing in a puddle with a perfect side split. Then she crawled sensuously, kicked her legs up and danced, using the rain as her backdrop and prop — spinning her hair to splash on the water.

Her friend Erik Iglesia uploaded a video of the latter part of her performance, in which Nguyen is seen receiving several bills in the form of tips. The video is now getting thousands of views and shares.

Luckily, Nguyen didn’t have to stay in her wet clothes for long.

“I finished the song outside and thank goodness it was the last number so I just dried up really fast put on a robe and we did our group closing number,” she says.