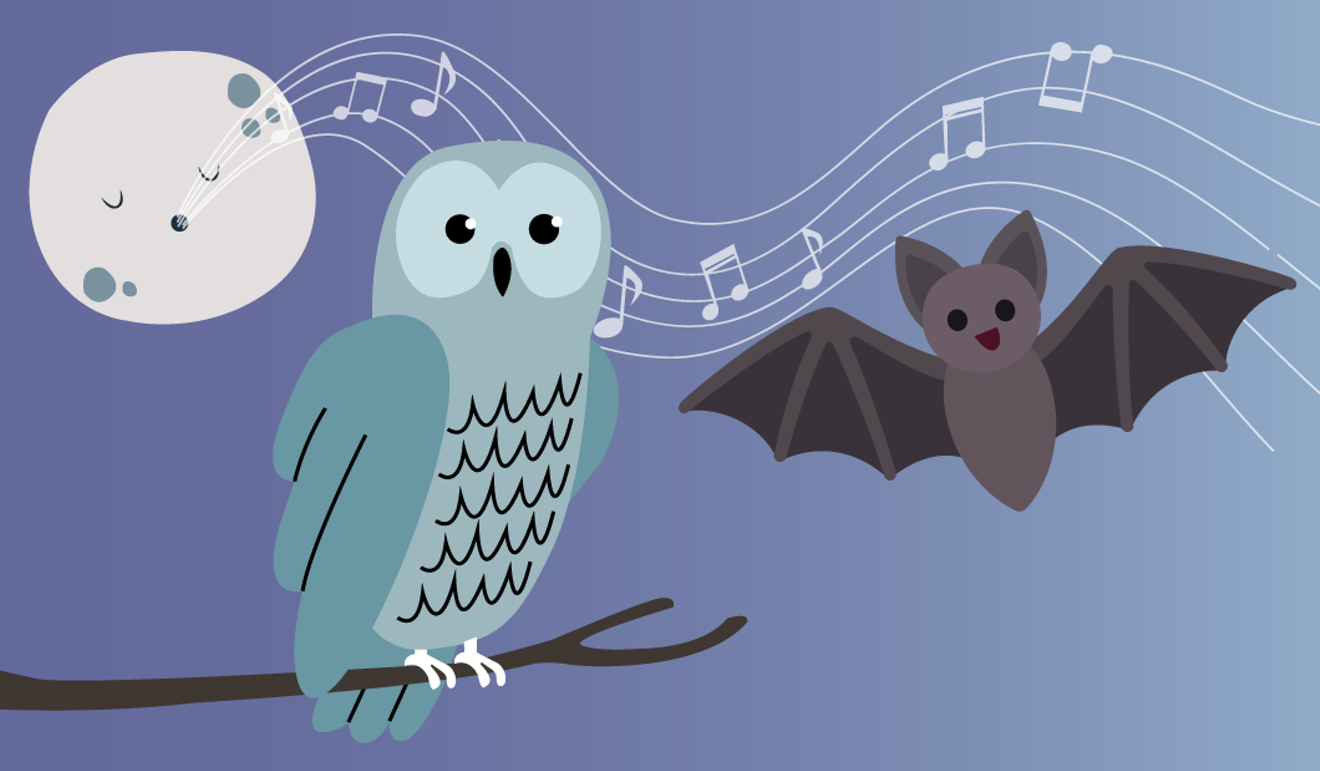 No, we're not talking lawyers, politicians or that relative with psoriasis who constantly sleeps on your couch. We're talking about animals.

Take, for instance, the birds captured by French composer Oliver Messiaen in his 13-song ode Catalogue of the Birds, which describes the plight of the alpine chough and the delicate nature of the common rock thrush.

There's also Nikolai Rimsky-Korsakov's The Flight of Bumblebee — the one you probably hear every time in your head when you're on a tight deadline and have million things to do in a matter of minutes.

Even pigs are notable enough for composer's notes, like H.K. Gruber's Gloria, a comic opera about the prettiest pig in the barnyard.

The Plano Symphony Orchestra will present a new series of family concerts called The Music of Night and Day around that same theme with Nocturnal ­– Animals in Music starting at 3 p.m. on Sunday, Oct. 9, at the North Texas Performing Arts (NTPA) center in Plano and 3 and 4:30 p.m. on Sunday, Oct. 23, at the Frisco Black Box Theater.

Each show won't just have new and classic compositions about music. Some actual animals will be at the show courtesy of The Creature Teacher, a Dallas-based traveling zoo that cares for and brings wild and exotic animals like kangaroos, chinchillas, ball pythons, African spur tortoises and tarantulas for live shows and events.

“The Plano Symphony Orchestra is dedicated to providing innovative, educational, and fun programming for families with kids of all ages,” education director Dr. Jennifer Wheeler says. “Each concert in the Plano Symphony Family Series will be a fun, new experience. We’re excited to start off with a live animal feature.”

The Music of Night and Day series will feature four programs of compiled music designed for families of all ages to enjoy together at the symphony.

The Animals in Music shows will feature classic themes performed by a live string quartet. The concert will include classic standards in the genre such as Rimsky-Korsakov's Bumblebee, as well as modern takes on familiar animals such as composer Henry Mancini's iconic Pink Panther theme for the film series of the same name, and Little Shop of Horrors composer Alan Menkin's "Horse with No Rider" for the soundtrack of Disney's Tangled.
KEEP THE DALLAS OBSERVER FREE... Since we started the Dallas Observer, it has been defined as the free, independent voice of Dallas, and we'd like to keep it that way. With local media under siege, it's more important than ever for us to rally support behind funding our local journalism. You can help by participating in our "I Support" program, allowing us to keep offering readers access to our incisive coverage of local news, food and culture with no paywalls.
Make a one-time donation today for as little as $1.