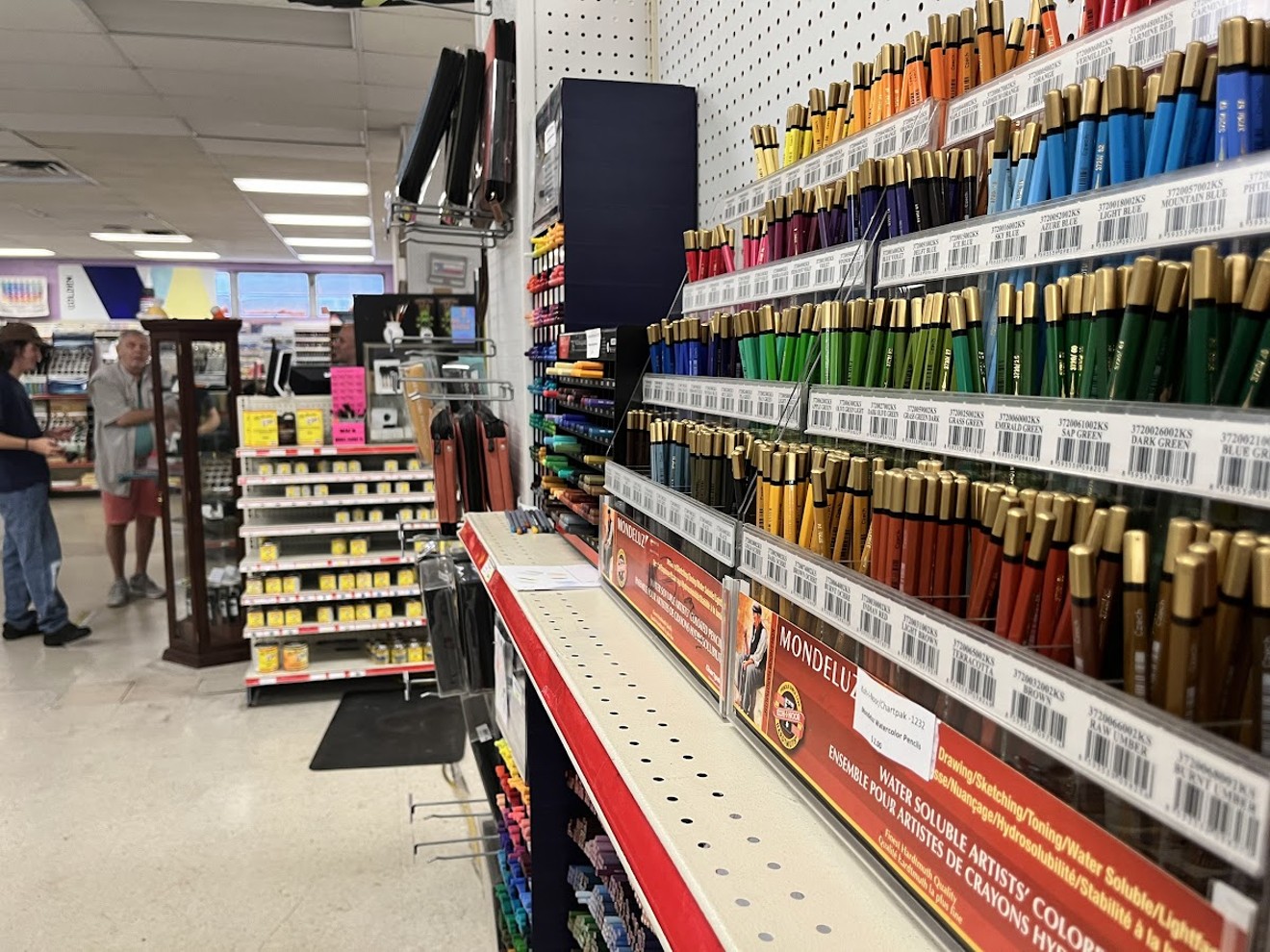 Asel Art Supply's longtime Cedar Springs location is closing on Tuesday, Sept. 20. Danny Gallagher
A Dallas staple is closing up shop and moving its stock to its warehouse.

Asel Art Supply announced Tuesday on Facebook that it will close its flagship store on Cedar Springs Road on Tuesday, Sept. 20, after more than five decades of business.

Susan Smolenski, the president of Asel Art Supply Inc., says the decision was made to close the store because of a generous offer to buy the 100-year-old building the company has called home since 1968.

"We've had offers for years and said no to many of them," Smolenski says. "This one was bigger than any one we've ever had before. It was very generous."

The decision to close the store was a hard one to make considering its proximity to downtown and the many corporate partners and companies with whom Asel has worked over the last 54 years. The first Asel Art Supply store opened in 1951 in downtown Dallas in a location that's now occupied by Thanks-Giving Square.

"It was a very hard decision to make," Smolenski says. "Everybody's been sad, but they've also been very understanding."

The closing will not affect any of the other Asel locations in Richardson, Arlington and Fort Worth. Smolenski says since the company is partially owned by its employees, those who work at the Cedar Springs Road store will be given the opportunity to work in one of the other stores.

"We're kind of disappointed because we were just getting plugged in," says Liz Wooten, whose son Zeke just started attending nearby Booker T. Washington High School for the Performing Arts as part of the visual arts curriculum. "It's less than a mile from the school."

Artist Buddy Kline of Dallas says he's been going to the Cedar Springs Road store since the early 1980s. These days, he stops in regularly to buy materials for his bookmaking hobby.

"It's going to be a huge loss for Dallas artists because you can't get this kind of quality," Kline says. "The people are good and very accommodating. You could always get whatever you wanted, and if they don't have it, they can get it ordered." 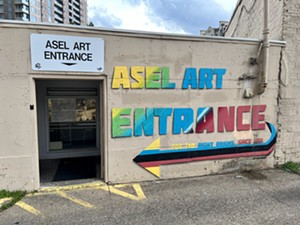 Store manager Rohit Vaghela, who's been with the company for 30 non-consecutive years, says the response to the closing has been enormous.

"It's hectic," Vaghela says. "We're very busy because of a lot of our corporate accounts, but you always end up making good friends with the clientele and they are sad to see us leave."

Vaghela also says he appreciates the trust and autonomy the company gave him to run the store and to provide new types of supplies to artists, like professional spray paint cans for muralists.

"They gave me the freedom to make changes, and they'd always ask for my input on products," Vaghela says.

Wooten says she and her son plan to make several trips back to stock up on art supplies before the official closing.

"He's amazed at everything," Wooten says as Zeke looks over some art markers. "I told him we can keep coming back with his own money until it closes."
KEEP THE DALLAS OBSERVER FREE... Since we started the Dallas Observer, it has been defined as the free, independent voice of Dallas, and we'd like to keep it that way. With local media under siege, it's more important than ever for us to rally support behind funding our local journalism. You can help by participating in our "I Support" program, allowing us to keep offering readers access to our incisive coverage of local news, food and culture with no paywalls.
Make a one-time donation today for as little as $1.