Celebrate the horror and splendor of Alfred Hitchcock during Hitchcocktober. Wikimedia Commons

Clint Eastwood - A Cinematic Legacy
Clint Eastwood super fans will be happy to hear of Clint Eastwood - A Cinematic Legacy on display at AT&T Discovery District (208 S. Akard St.) now through November featuring props and costumes from Eastwood’s 50-year career in Hollywood and memorabilia from his personal collection. Items include the Gran Torino car from Gran Torino, the boxing gloves from Million Dollar Baby, Bradley Cooper’s costume from American Sniper and more. Admission is free. 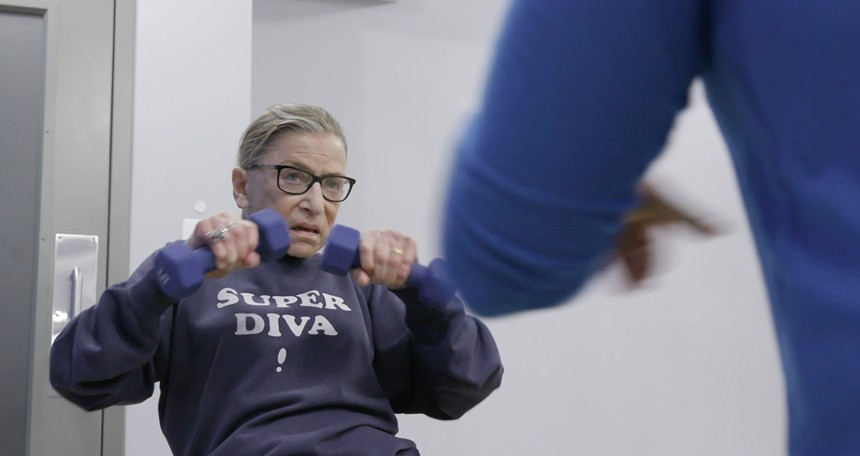 Dallas International Film Festival
In its 15th year, the Dallas International Film Festival will take over Alamo Drafthouse – Cedars (1005 Botham Jean Blvd.) for a three-day event celebrating all things film. Kicking off at 6:30 p.m. Friday, Oct. 8, the fest will include more than 30 feature and short films including the opening night’s film, the premiere of Wes Anderson’s The French Dispatch (a “love letter to journalists”). The fest will offer plenty of filmmakers and Q&A sessions and the full program can be found at dallasfilm.org. Individual ticket prices are $10 to $15 per screening, with ticket packages available.

Chris Botti in Concert with the Dallas Symphony Orchestra
We remember the cool kids making fun of us for being in the high school band. We must not have had what it took to be considered a cool trumpeter like Chris Botti, who’s worked with acts such as  Sting, Barbra Streisand, Tony Bennett, Yo-Yo Ma, Frank Sinatra, Paul Simon and Andrea Bocelli. He’s also the largest-selling American instrumental artist and will be performing with the Dallas Symphony Orchestra for three days starting at 7:30 p.m. on Friday, Oct. 8, at the Meyerson Symphony Center (2301 Flora St.) Tickets start at $54 at dallassymphony.org.

Coppell Arts Center presents Buddy: The Buddy Holly Story
Though his life and career were cut short, Buddy Holly had a lasting effect on rock ’n roll music. And the musical Buddy: The Buddy Holly Story follows his legacy with performances of some of his most memorable songs including "That'll Be The Day” and “Peggy Sue.” Winning numerous awards in its 32-year run, this musical is a fan favorite across the globe. This week, catch one of two dates at the Coppell Arts Center (505 Travis St.) at 2 and 8 p.m. on Saturday, Oct. 9. Tickets are $45 at coppelartscenter.org.

Paws Colinas 5K-9
In celebration of the opening of Paws Colinas Dog Park (1300 California Crossing Road), head to the Paws Colinas 5K-9 on Saturday, Oct. 9. Join other doggy enthusiasts for a fun run, and nourish yourself with beer, mimosas, tacos and more in the dog park afterward. Funds for the event benefit the Irving Schools Foundation, raising awareness to battle childhood obesity at the elementary and middle school level. Registration and ticket prices are available at runsignup.com.

Dallas Arboretum and Botanical Garden presents Autumn at the Arboretum
Now through Oct. 31, visit the Dallas Arboretum and Botanical Garden (8525 Garland Road) for Autumn at the Arboretum, complete with more than 90,000 pumpkins, gourds and squash throughout the garden. The nationally recognized pumpkin village has a new twist this year as it transforms into Bugtopia with “larger-than-life insect topiaries and fascinatingly bugged-out pumpkin houses.” Slated throughout the season are special events, live music and Halloween festivities, as well as a pumpkin maze. Admission is $12 to $17 at dallasarboretum.org.

The Arts of Oppression
In an exhibition and auction of more than 180 works by people currently or formerly in prison, The Pollock Gallery (6101 Bishop Blvd.) of Southern Methodist University’s Meadows School of the Arts and Dallas-based nonprofit Miles of Freedom presents The Arts of Oppression on view through Oct. 30. Historically, the exhibition has been a one-day event, but this year it stretches over two months in an effort to give visitors a better chance to understand the series’ origins and meaning. According to a press release, “Miles of Freedom’s mission is to equip, empower and employ individuals returning home from prison and provide support and assistance for families and communities impacted by incarceration.” Admission is free.
KEEP THE DALLAS OBSERVER FREE... Since we started the Dallas Observer, it has been defined as the free, independent voice of Dallas, and we'd like to keep it that way. With local media under siege, it's more important than ever for us to rally support behind funding our local journalism. You can help by participating in our "I Support" program, allowing us to keep offering readers access to our incisive coverage of local news, food and culture with no paywalls.
Make a one-time donation today for as little as $1.