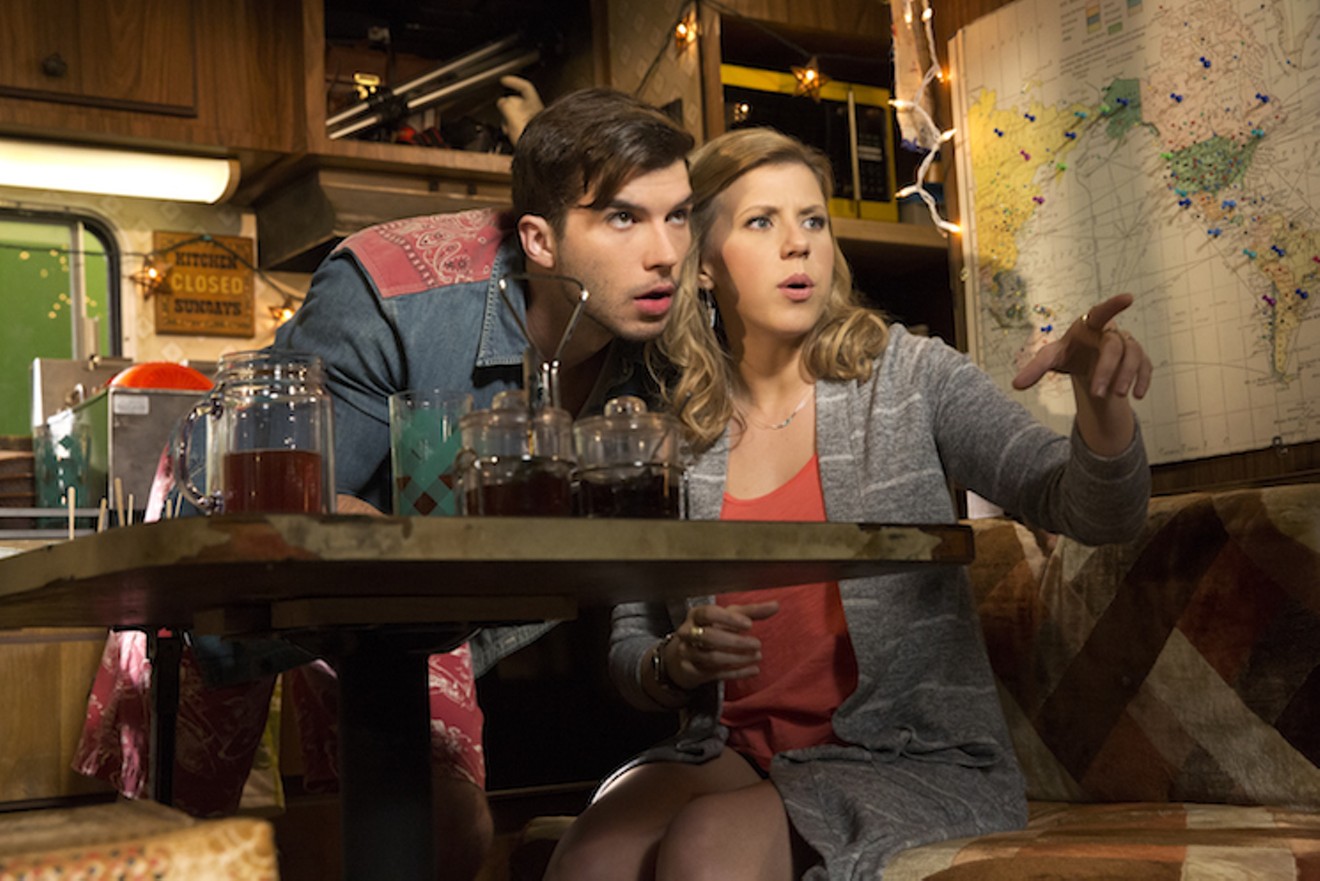 Kimmy, whose character has been the annoying neighbor since the original series, now has a ditzy and hunky counterpart. The actor playing Jimmy is Dallas’ Adam Hagenbuch.

Jimmy Gibbler was intended to be a guest role, but over time, it turned into a recurring part as Stephanie Tanner's love interest. Hagenbuch appears in almost every episode of the recently released season three. He says when the cast finished shooting each episode, he received a new script and learned he would appear again.

Hagenbuch says when he was growing up, he sometimes watched Full House after school, but his sister was really the big fan. Her love for the original transferred to the reboot, and Hagenbuch says she watched Fuller House before he was on it.

"She said, 'It's sort of weird. You get this disassociation,'" he says. "Suddenly, somebody's cut in chunks of home video into one of your favorite shows because all of a sudden I'm there. She's actually got three little babies. Nieces and nephews of mine now. And she said that one of her favorite things is to watch the show with her 4-year-old son because he knows me as 'Uncle Adam.'"

While Fuller House taps into older fans' nostalgia for the original show and characters, the reboot has also found a younger fan base. The show won Choice Comedy/Musical Show at the 2017 Teen Choice Awards.

Hagenbuch says he has received messages from mothers thanking him for giving them and their families something to watch together, but children's reactions have surprised him the most.


Hagenbuch says he has received messages from mothers thanking him for giving them and their families something to watch together, but children's reactions have surprised him the most.

"It's really rewarding to have 7-, 8-, 9-, 10-, 11-year-olds that are really into it," he says. "And they watch that like cartoons. Because I loved cartoons growing up, and I think if I had a chance to meet somebody who was working on what was like Fairly Odd Parents or SpongeBob or Ed, Edd, N Eddy — the cartoon shows that I loved growing up — that would've blown my mind. So, meeting some of these kids sometimes and they're like, 'You're Jimmy! You're the really silly character on Fuller House!' I'm like, 'Yes!' It's fun to feel like I'm this cartoon character."

Hagenbuch became famous overnight. He says going to Disneyland can be an ordeal because so many  teenagers and kids approach him, but not all stars of reboots face the same problem. Other family-style sitcoms with reboots, such as The New Leave It to Beaver, Girl Meets World and Dallas, did not meet with the success of Fuller House.

"They didn't try and do some crazy new thing," he says. "Or take a huge jump in the future. I think they've tried to create as much of a time capsule as possible. I think that attention to detail — I mean some of the things on the set are the exact same as they were from the original show. The couch itself is the original couch from the original show. They had it professionally redone by some German maestro who can reupholster things exactly as they were. So I think it's the attention to detail that makes things as exactingly similar to the original as possible that have made it successful."

Fuller House is streaming now on Netflix. The second part of season three is set to come out in December.