If You Love Dogs, You Should Be Following These Dallas Accounts 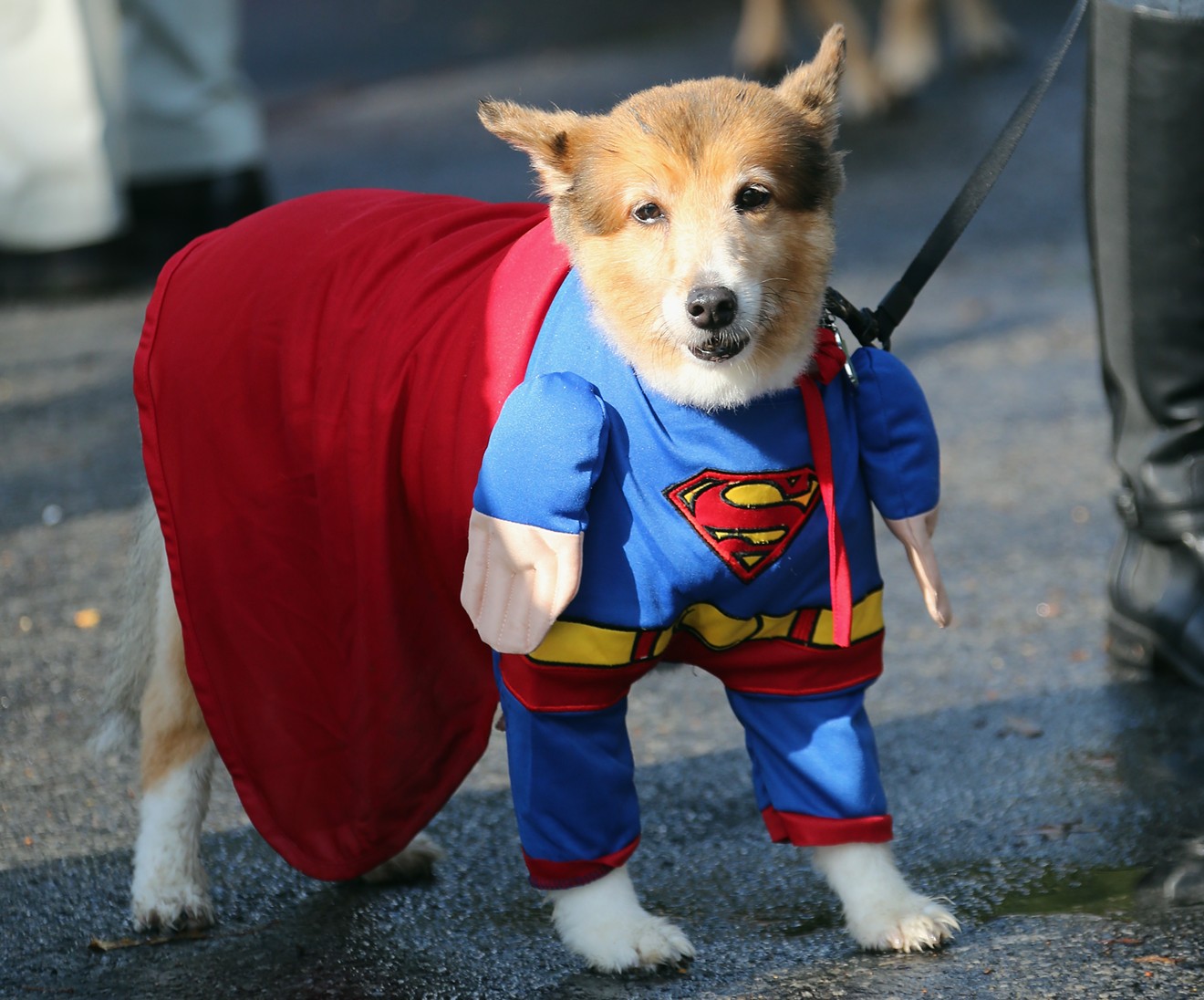 What's cuter than babies in costumes? Pets in costumes. OK, they're both pretty cute. Bruce Bennett/Getty Images
We’re all about staying up-to-date on current events, but man, it can be a real downer sometimes. From the endless coverage of Trump’s impeachment inquiry to his latest Twitter storms, there’s an infinite supply of political craziness constantly being shoved down our throats every time we pick up our phones.

Fortunately, Dallas is chock-full of adorable animals that are filling our feeds with feel-good pet pics. So when you surface from your latest “Epstein didn’t kill himself” meme rabbit hole, here are a few local accounts to check out. Just try not to be too jealous that they have more followers than you ever will.

Walter the Wolfhound (@walterthewolfhound)
Irish wolfhounds are gigantic, wiry-haired hunting dogs who are known to be gentle giants. This scruffy boy is relatable AF. According to Walter’s bio, he loves naps, and carbs are his weakness. #Same

Evie the Floof (@eviethefloof)
Evie the mini-Australian shepherd is the floofiest of the floofs. She just celebrated her first birthday by posing in a hat fit for a princess for all of her grateful followers. You’ll want to gaze into her bright blue eyes all day long.

Jimi the Frenchie (@jimi.the.frenchie)
Jimi is one dapper dog, and if that alone isn’t enough to get you to hit “follow,” his feed has a super cool aesthetic. Jimi’s humans clearly know how to take amazing pho-dogs, and it shows.

Pika & Polka the Corgis (@pika_thecorgi)
This brother-sister duo are clearly living their best lives, and we are here for it. Corgis are already arguably some of the cutest, most lovable dogs out there, and we can’t get enough of Pika and Polka’s Dallas adventures.

Nelson the Golden Doodle (@nelsonthegoldendoodle)
Nelson is Walter the Wolfhound’s brother, and this account is probably run by the same human, but trust us when we say that you need to follow both of them. Nelson is a self-described “foodie” who enjoys the wind blowing in his hair while cruising around town in his Vespa.

Lennon the Yorkie (@lennon_yorkie)
Lennon may be smol, but what he lacks in size he makes up for in personality. He’s always coming in clutch with recommendations for happy hours and delicious eats in Dallas. He is “Dallas’ littlest foodie,” after all. Plus, he has impeccable taste in clothing.

Sailor the Golden Retriever (@goldengirlsailor)
Sailor is just your average girl in Dallas — she loves fine cuisine, soaking up some sunshine on a nice day and grabbing a treat from Starbucks. But whatever you do, just try not to disturb her when she’s napping.

Operation Kindness (@operationkindness)
If you’re looking to bring a new dog (or cat, we guess) into your family, following Operation Kindness might just lead you to the perfect pup (or cat…). They’re the largest no-kill shelter in North Texas, and they post lots of cute photos, like this ghost puppy.

Ryder the Chihuahua (@ryder.chihuahua)
Ryder had a scare with parvo, a virus that usually affects puppies. Symptoms include severe lethargy and gastrointestinal issues, and if left untreated, parvo can be fatal. Ryder won’t let that get him down, though — this little guy is a survivor. You may also know him from that time he took on a bag of dog food that was 15 times his size.

East Lake Pet Orphanage (@elpo_dallas)
ELPO is another great no-kill shelter in DFW. Of course they share lots of photos of adoptable animals, but the best posts are stories of their dogs and cats finding fur-ever homes. Just like Goose here, who spent six months being homeless before being scooped up by this happy new dog mom.