Celebrate the Chinese New Year in Richardson’s Chinatown This Saturday On Saturday, celebrate the Chinese New Year with a massive festival in Richardson. Tina-Tien Nguyen
Dallasites, prepare yourselves … this weekend will be busy. With Valentine’s Day weekend coming up along with a Super Bowl Sunday, and with the weather improving from the one-day (OK, two-day) winter storm from last week, there are going to be a lot of people out celebrating something.

And these aren't even the only things happening. On Saturday, Feb. 12, you’ll also be able to celebrate the Chinese New Year festival that was postponed for the DFW Chinatown in the Richardson Core District, rescheduled from last weekend due to the weather.

The event goes on from 10 a.m. to 2 p.m. with the after-hours celebration taking place at 2 p.m. at the Lockwood District of the Richardson Core District. The festival will feature lion and dragon dances and a variety of stage performances ranging from a martial arts show to a Chinese orchestra as well as umbrella, fan and Tibetan dancing. There will also be various art activities such as lantern painting, Chinese calligraphy and paper cutting provided by the Dallas Chinese Community Center.

DFW Chinatown in Richardson is also known for its Asian restaurants, bakeries and grocery stores. Many local food vendors and restaurants will be participating at the annual celebration.

The Chinese New Year celebrates the Year of the Tiger (a figure known for having confidence, strength and bravery) and it's intended to be a truly immersive and educational experience. This will be the first year that the city of Richardson is collaborating with DFW Chinatown to create a truly immersive experience for the community.

”For many years, DFW Chinatown and the Dallas Chinese Community Center have put on a new year celebration," says Doug McDonald, managing director at the City of Richardson. "This is the first year that the city has officially joined the team to promote the event citywide, supply additional resources and increase awareness of the Asian cultures.”

The lion and dragon dances and martial arts shows will be performed by the Wang Tao Kung Fu School of Martial Arts on the main stage and in and out of restaurants throughout DFW Chinatown.

"I want for people to get interested in the Chinese culture," says Grand Master Wang Tao, the director and founder of the Wang Tao Kung Fu School of Martial Arts. "With so many performances and shows from my school, I hope that it can show and educate people how fun celebrating Chinese New Year can be. The lions and dragons dances are meant for good luck, fun, celebration and happiness, and the Kung Fu demonstration is meant to show people how fun martial arts can be, how it gives you confidence, benefits your mental and physical health.”

"This is the first year that the city has officially joined the team to promote the event citywide, supply additional resources and increase awareness of the Asian cultures.” – City of Richardson managing director Doug McDonald


In the Chinese tradition, you can also give the lions red envelopes for good luck, and touch and interact with them. For the musical portion of the festival, the University of North Texas Chinese Ensemble will perform a style of silk-bamboo and with a variety of string and wind instruments and light percussion. According to Yuxin Mei, director of the UNT Chinese Ensemble, the songs are traditional music played at festivals in China.

"When people think about Chinese culture, they mainly talk about Chinese food, the dragon and lion dancing but Chinese music is kind of a rare mention," Mei says. "Chinese music also plays a significant part in Chinese culture. My students and I will provide another kind of method to help people understand and appreciate another culture. I believe that music is a popular way to do it. I hope that our performance will show the music side of things and help people to understand that besides lion dancing and food, there are other ways to celebrate the Chinese New Year.”

The festival will be mainly outside. Since the last annual celebration was canceled, the number of attendees is expected to increase this year, especially with the collaboration from the city of Richardson.

Parking will be available onsite (but come early) and there will transportation for attendees provided by an event bus at the DART Arapaho Center.

“After two years of the pandemic, the city of Richardson wants to have the city come together and celebrate," says Crystal Chen, project coordinator of the Dallas Chinese Community Center. "We want to make people more relaxed, be happy and have fun.”
KEEP THE DALLAS OBSERVER FREE... Since we started the Dallas Observer, it has been defined as the free, independent voice of Dallas, and we'd like to keep it that way. With local media under siege, it's more important than ever for us to rally support behind funding our local journalism. You can help by participating in our "I Support" program, allowing us to keep offering readers access to our incisive coverage of local news, food and culture with no paywalls.
Make a one-time donation today for as little as $1. 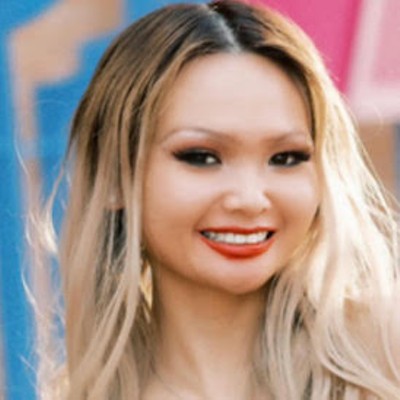 Tina-Tien Nguyen is a freelancer for the Dallas Observer. You can find her enjoying her favorite spots in Dallas eating, shopping and discovering new music. When not working, she likes to play guitar, write songs, meditate and do yoga.